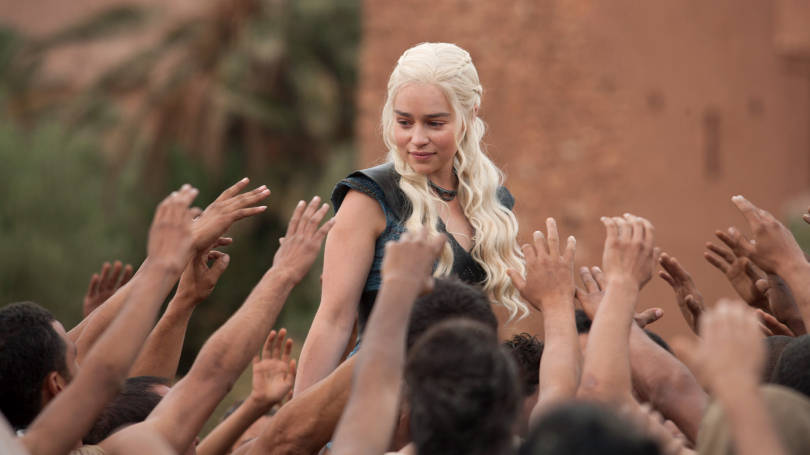 It’s been a wild ride on Game of Thrones. When season 5 premiers on April 12, 2015, fans will anxiously watch leaders rise and fall, armies gather in force, and characters—some beloved, some despised—face untimely demise in a relentless battle between noble houses for the kingdom’s throne.

You might be surprised at all you can learn about building social influence from the (mostly) doomed characters on Game of Thrones. Woven throughout Game of Thrones are themes of duty, loyalty, power, and influence.

Perhaps you’re thinking: This is social media. You post the stuff you’ve read and some things you haven’t. Share some pictures of your breakfast and videos of cute cats. That’s it. Social media ninja level unlocked. What’s so hard?

It turns out that there are helpful best practices for building your social influence hidden in Game of Thrones. Brace yourself.

(Don’t worry, there are no real plot spoilers ahead. Though since the show is often dramatic, sexy, and violent, proceed with caution.)

The number one rule of building your social media influence is: Be nice.

If you’re ever tempted to be unkind to anyone, remember that the internet could be watching. Even if you don’t consider that person “important,” your behavior is still out there for the whole world to see. That doesn’t mean that you can’t have debates and disagreements, you just want strive for a balance and avoid antagonizing people. Being too headstrong, like Arya Stark, can keep you from achieving what you want most.

Building social influence means wading into the chaos of social media. Rather than seeing that chaos as a burden, follow the example of Lord Petyr “Littlefinger” Baelish and embrace the chaos to use it to your advantage. Chaos can deliver a dynamic energy and surprising opportunities that you wouldn’t have learned about otherwise.

The old metaphor (yup, social media has been around long enough that there’s old expressions about it) is that social media is like trying to drink from a firehose. Rather than letting yourself get inundated, rise above the chaos by carefully curating who you follow and what you read, watch, and listen to. Choose the right tools to manage your social media to climb that chaotic ladder.

Nothing is more suspicious than someone who follows 20,000 or even 200,000 people on social media. It’s obvious that they can’t listen to and connect with all of those people. They’re probably using those inflated numbers to make themselves seem impressive. Spend any time on social media and you know that following a huge number of people is the sign of someone who’s going about social media the wrong way. It’s such a tacky tactic that Twitter now limits the number of users that new accounts can follow and you can get flagged a spammer.

Swordsell Bronn knows that focusing on the pursuit of followers and likes is not the true measure of influence. It’s the quality of the people that follow you and how you engage with them that matters most. Follow people who you find interesting and who share useful content, and then connect authentically in real conversation. They’ll often reciprocate the follow and you’ll influence each other.

If there’s one person on Game of Thrones who knows how to gather a loyal following, it’s Daenerys Targaryens. One of the leadership qualities that helps her build her tribe is the respect that she demands be shown to the people who follow her.

The best community organizers know that what you do and say behind the scenes influences how you treat your community. Call people “customers,” “target users,” “the victimized,” or “illegals” and you will change how you treat them and, in turn, their experiences interacting with you. The words you use, even internally, to describe the people you want to connect with can either dehumanize them or uplift them.

Several wise people—specifically Jonathan Fields, Ryan Lee, Christopher Bryan, and the folks at People for Bikes—have all discovered how choosing the right words makes a difference in community engagement and outreach. 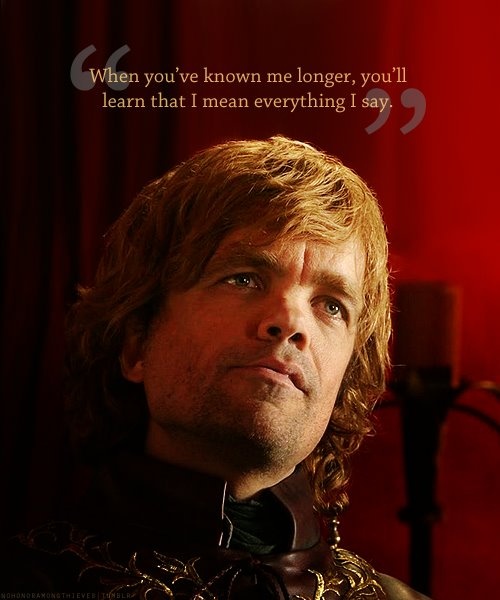 To build your social influence, it’s not enough to be yourself—you need to be your most interesting self.

In order to win friends and influence people on social media, you have to muster your enthusiasm for what you are most passionate about. Think beyond what you know and figure out what you want to be known for. Be unique and opinionated, and like Tyrion Lannister, stay true to yourself. Your authentic interest in what you share will catch and keep people’s attention.

Being your most interesting self means sounding like a human being. All the rules are a little lax on social media. Typos, bad grammar, slang, and a fun, casual tone all can help your social media shares be more interesting.

That said, there are sticklers out there who like to pick fights over just about anything, grammar included. Unless where you work has community relations policies that say otherwise, you don’t need to respond to anything that you feel is not a worthwhile conversation.

Pick your battles wisely. Otherwise you might lose your head.

I’m so glad you both liked it, Cynthia and Juana!

I thoroughly enjoyed the article and how it was related to Game of Thrones. Great work!!!!