As another year comes to an end, it’s time to celebrate the top successes achieved by U.S. government agencies in 2017.

On many fronts 2017 was difficult. It was intense, challenging, stressful, or simply an unwelcome wake up call. We could all use a reminder about the good news that happened this year thanks to U.S. government agencies large and small.

Rather than dwell on downers or let politics foul the mood, let’s look back at the nine best government successes of the year.

1. Bravely Responded to Natural Disasters, and Man-made Ones Too

Natural and man-made disasters ran rampant this year. We saw the most destructive wildfire in California history, the most rain from a single tropical storm, the largest blackout in American history (which still plagues Puerto Rico), and Georgia’s largest tornado outbreak on record. Add the costly fires currently blazing in Southern California, and 2017 may set a new U.S. record for the most weather and climate disaster events with losses exceeding $1 billion each. Americans also faced 2 of the 5 deadliest mass shootings in U.S. history. In addition to substantial financial costs, these natural disasters also caused thousands of fatalities and the disruption of countless lives.

It’s hard to find a bright side in all that. But from Santa Rosa to San Juan, and from Albany, Georgia to Las Vegas, Nevada, we witnessed the remarkable courage of local agency employees, first responders, medical professionals, and volunteers. Let’s take a moment to honor all those who cared for people during these terrible events, and remember those who died in the line of duty.

2. Awarded a Whistleblower From Within

For the first time ever, the Securities and Exchange Commission gave a whistleblower award to a government employee. In the announcement of the $2.5 million award, the SEC made it clear that anyone who works for a local, state, or federal agency—except those at regulatory agencies or law enforcement organizations—is eligible for the generous bounty program. A whistleblower’s identity and where they work is kept strictly confidential.

By recognizing and rewarding a government employee who was aware of wrongdoing, the SEC has sent a clear message to people working in government: If you know of a possible violation of federal securities laws, don’t stay silent. Come forward.

3. Plunged into Saturn for Science

Cassini ended an ambitious 20-year space adventure with epic swan dive into the surface of Saturn. Before its grand finale, Cassini spent 7 years traveling from Earth to Saturn and another 13 years documenting the ringed planet and its moons. NASA deliberately flung Cassini into the planet to prevent contaminating any life that might be living on Saturn’s moons, two of which Cassini revealed have the potential to contain life.

Before its demise, Cassini sent back a trove of data and images that scientists will be poring over for years to come. It was even making new discoveries as it dove toward the planet, including a “first taste” of Saturn’s atmosphere showing that molecules from Saturn’s rings are raining down on the planet’s atmosphere. 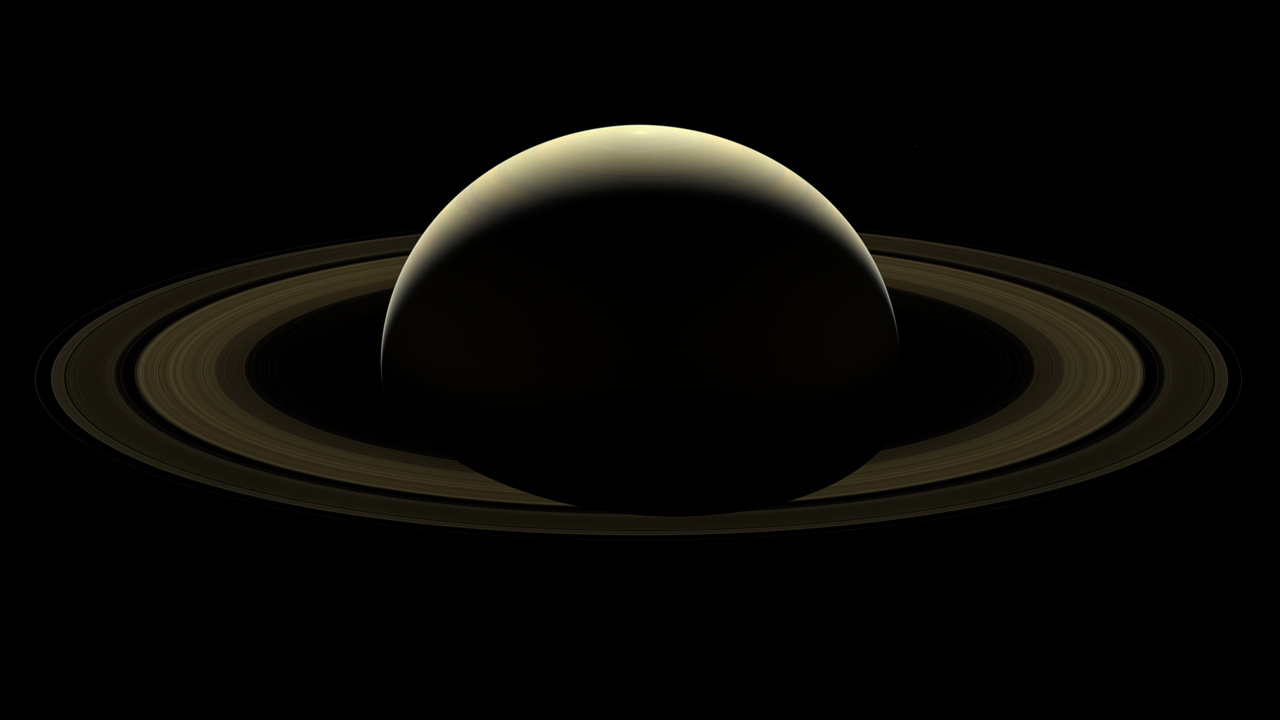 4. Showed There is Such a Thing as a Free Lunch

In 2017, a movement began to grow to end the practice of “lunch shaming”—publicly making students feel bad when their parents haven’t paid their school meal bills. At the same time, the federal government eliminated important nutrition standards that made sure kids get healthier food at school.

As a result, more school districts and local governments have ramped up their efforts to improve academic success by expanding school meal programs. New York City public school district now offers free lunch for all 1.1 million students. Juneau, Alaska, Euclid, Ohio, Eugene, Oregon, Austin, Texas, Chester County, Pennsylvania, Des Moines, Iowa, and South Sioux City, Nebraska are just some of the many other places now offering free meals. California automated the process to certify which students are eligible for free lunch, making it easier for families to apply and for agencies to manage the program. Several districts passed rules that ban lunch shaming. And, the USDA’s Food and Nutrition Service updated its policies to encourage school districts to fix how they work with parents about unpaid meal charges.

Children in 13.1 million America households don’t get the food they need. It would be a better world if no child had to rely on school to provide the nutrition they need. Until then, an increasing number of American public schools districts are on the front line battling childhood hunger.

Just hours before President Obama left office on January 20, 2017, he signed one last bill in a dramatic fashion.

The bipartisan TALENT Act—or H.R. 39, the Tested Ability to Leverage Exceptional Talent Act—codified the White House’s Presidential Innovation Fellows into law. The Fellows, also called PIFs, improve government efficiency through technology innovation. If you missed it, the story of the last minute signing of the TALENT Act is worth a read.

Though the Presidential Innovation Fellows social media channels have been mostly quiet since Obama left office, there are recent signs of life. Ben Willman has been serving as acting executive director since August and rebuilding the administrative team. PIF is hiring a new director of communications and marketing, and also welcomed the first new class of fellows since the presidential transition.

6. Made it Easier to Apply for Citizenship

There wasn’t much media hoopla when the U.S. Citizenship and Immigration Services (USCIS), U.S. Digital Service (USDS), and 18F made a big change to our immigration system this year. Thanks to their joint effort, it’s now possible to apply online to become a U.S. citizen.

This change is part of a larger modernization effort aimed at improving software development, system architecture, and design to make it easier for users to interact with our immigration system. The government’s handling of the implementation of the online citizenship application system has its critics. That said, given the growing nationwide backlog of more than 700,000 pending requests for citizenship, it’s clear that modernization toward greater efficiency is desperately needed.

7. Refused to Back Down on Climate Change

While the federal government has been busy eliminating climate and pollution regulations, starting the withdrawal of the U.S. from international climate agreements, and removing references to climate change from federal agency websites, other levels of U.S. government have significantly expanded their efforts to fight climate change.

The non-federal movement is considerable. State, county, and local leaders—including at least 388 mayors and 15 states and unincorporated territories—have pledged their commitment to the Paris Climate Agreement and to achieve their share of the U.S. goal of reducing emissions. Nine states in the Regional Greenhouse Gas Initiative finalized an agreement to mandate ambitious reductions in carbon pollution. America’s Pledge, a private and public sector collaboration, released a report about the scope and scale of non-federal climate action in the U.S. And, the mayors of 36 U.S. cities signed the Chicago Climate Charter, a first-of-its-kind international agreement on climate change.

As it becomes evermore difficult to afford college tuition, local governments and agencies are beginning to improve access to higher education.

In 2017, San Francisco, Baltimore, and the states of New York, Rhode Island, and California either expanded or passed legislation to launch some level of free community college education. Tennessee also announced it will expand its free community college program from just high school seniors to all adults. They join Oregon, Arkansas, Minnesota, South Dakota, and local communities like Long Beach, CA and Detroit, MI that offer similar support for high-demand fields of study or certain students. The private sector has even gotten involved through partnership with local government. After an earlier pilot, Study.com launched the Working Scholars program to bring tuition-free college degrees to working adults living in the California cities of Mountain View, Sunnyvale, East Palo Alto, and Gilroy, with plans to expand to other communities in 2018.

9. Put Checks and Balances to the Test

From an early age, Americans are taught that our government’s system of constitutional checks and balances is what maintains the strength of our democracy. 2017 has put this system to the test like few other times.

This year we’ve seen executive orders struck down or stayed by the courts on procedural and constitutional grounds. A presidential campaign pledge to repeal the Affordable Health Care Act was defeated multiple times by Congress, even though it is controlled by a majority in the same party as the president. Few people are completely happy with how our government is doing, but we can all acknowledge that it is still functioning, even if we have cause to be concerned about it.

Putting 2017 to bed will not end the trials and tribulations of our American government. If anything, we can expect more literal trials in 2018. And on that note, have a happy new year!

Lauren Girardin is a marketing and communications consultant, freelance writer, and speaker based in San Francisco. She helps organizations, foundations, and companies with a conscience engage their communities and tell their stories. Her website is laurengirardin.com and you can connect with her on Twitter at @girardinl.

I definitely agree that we could all use a reminder of the GOOD things that happened in gov in 2017! This is a great list, and a positive way to start 2018!

I couldn’t agree more, Steph! May your 2018 be a remarkable success.

2017 had some good stuff, too! Thanks for shedding light on a few of the biggest successes. Onward to 2018!

You’re welcome, Joe. I hope you exceed your professional goals in 2018.

Rising Above the Messiness of the Human Condition

How to Succeed In Business by Really Trying