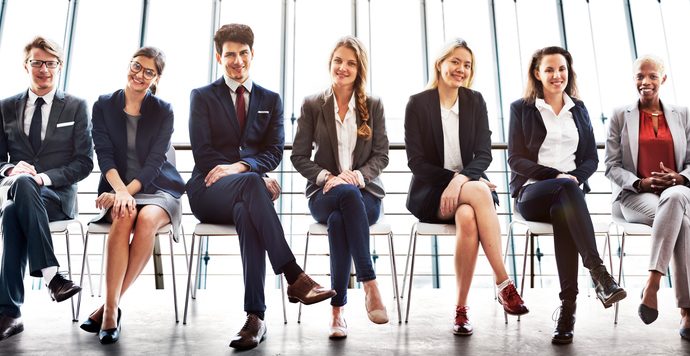 Public service these days can be very difficult. In an age of ubiquitous budget cuts, constant reorganizations and relentless streamlining of workflow, the task of being a public servant can seem quite overwhelming. Even more challenging is the often-used battle cry received from the top: “Hey everybody, let’s do more with less!”

While hardly anyone could disagree that government at all levels could and should perform its work as efficiently as possible, the question still remains: “How do we get the SAME job done with dwindling staff and resources?”

Typical responses to this question often include negative reactions like, “We simply can’t do it,” or “We just want more resources…” pretty futile (particularly when asking for more staff) because resources are already very difficult to come by.

Other potential solutions include things like “removing cubicle walls and seating everyone together at collaboration tables.” While this is a more positive approach, it still falls short. Why? Because it does nothing to address the primary goal of increasing productivity… it just rearranges where people sit (annoying them in the process).

So what’s the solution then to sustaining or even increasing productivity with minimal resources? The answer: increasing employee engagement (EE).

The idea of EE is nothing new. The concept has been around a while. But, it still gets minimal attention due to the fact that organizations tend to overlook more long-term initiatives (i.e. human capital development) in favor of more urgent and short-term things like getting today’s job done today. Nevertheless, EE is critical to achieving any organization’s mission, particularly those entities who aren’t incentive-based or market driven (i.e., governmental entities).

The challenge is that EE has been at extremely low levels for years, with little real improvement. Recent research from Gallup shows that, in the U.S. as a whole, only 30 percent of workers are engaged in their jobs. According to the 2017 Federal Employee Viewpoint Survey, things aren’t much better in the federal government. The most recent report outlines a clear distinction: while employees are somewhat satisfied with their specific job duties, overall morale and satisfaction are pretty low (i.e., low EE).

So what can these organizations do to increase EE? Several initiatives currently exist or are being explored, covering everything from year-end bonuses to toying around with the idea of pay for performance. But according to Gallup research, 70 percent of an employee’s engagement is directly related to their manager. It would seem, then, that the answer is clear: increasing employee engagement starts with putting the right managers in place – everyone from the top director right down to the team leads. Gallup calls this the “cascade effect” where an employees’ engagement is “directly influenced by their managers’ engagement — whose engagement is directly influenced by their managers’ engagement.”

But this is easier said than done. In Gallup’s State of the American Manager report, they outline several key challenges to getting people – who have a talent for leading – put into the right role. For starters, only one in ten individuals have a high natural talent for leadership and only two in ten have a moderate level of talent for leadership. Compounding this is the way individuals are then selected for leadership or managerial positions. Either: 1) they have a very good technical skill or 2) they’ve simply been around a long time. Neither of these, in any way, translates into an ability to lead or manage others. The result is, according to Gallup, that 82 percent of the time organizations fail to select the right person for the job.

So what can organizations do to ensure they’re putting the right people with the right leadership skills in place? Research from talent management thought leaders like Gallup and Cornerstone OnDemand suggest creating Human Capital Development Plans.

Human Capital Development Plans, while different in every organization, carry the same general themes of identifying technical staff with perhaps “above average” managerial talent and then recruiting, developing and ultimately retaining them to be the organization’s future leaders.

Here are five general tips for how this could work:

1. Identify up-and-coming technical talent who possess some capacity for leadership. Gallup uses five talent dimensions to do this: Motivator, Assertiveness, Accountability, Relationships and Team-Making. Other crucial talents to look out for are maturity, good interpersonal skills, effective communication skills and a positive attitude.

2. Make it clear them that to rise up into leadership, they need to be willing to let go of the more technical aspects of their jobs and trade them for more higher level managerial tasks. If they accept, move ahead.

3. Pair them with a good mentor, typically a higher-level leader, within the organization and ideally within the candidate’s realm of technical expertise or interest.

4. Challenge the candidates with extra tasks, aside from their normal workplace duties, designed to develop and hone their strategic, analytical and decision-making abilities.

5. Reward those seeking higher levels of responsibility. While this isn’t always easy in government, there are still ways to get creative: performance bonuses and spot awards, open recognition for a job well done, letters of appreciation – copied to the organization’s higher ups and perhaps most important of all, checking in with them daily and simply engaging them.

Effective human capital development plans have the potential to sustain and even increase levels of employee productivity. They can do this by creating engaged leaders, who in turn, engage their staffs. The benefits of such a strategy are innumerable and the downside, while not always felt immediately, is quite clear.

3 Reasons Why Replication in Government is a Flawed Goal