Over the past couple decades, our understanding of effective management practices for organizations has radically changed. If there is a single thread running through the updated thinking, it is that emotional intelligence (EI) plays an essential role in high-performing organizations. The shift is so fundamental that Javier Pladevall, CEO of Audi Volkswagen, Spain, says, “Leadership today is about unlearning management and relearning being human.”

What is emotional intelligence?

The Harvard Business Review has hailed EI as “a ground-breaking, paradigm-shattering idea.” Where did this influential idea come from? In 1990, two academics first formulated the concept in an article for an obscure journal. Daniel Goleman, then a science reporter for The New York Times, was “electrified” by the idea. He made it the title of a book, published in 1995. From those humble beginnings, EI has become a cornerstone of enlightened management and leadership. 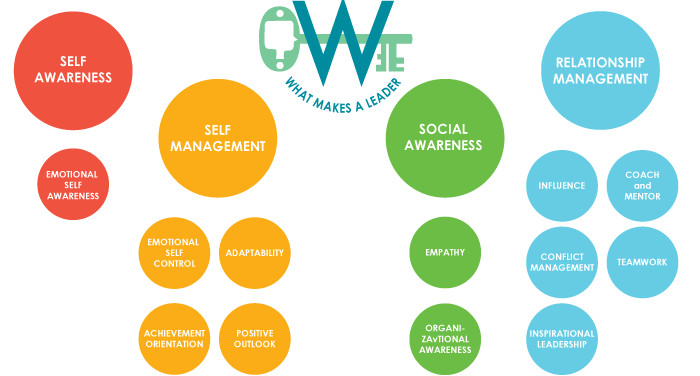 The old thinking downplayed or was even hostile to emotions. Organizations pressured employees to think and behave rationally in the workplace and park their pesky emotions at home. With hindsight, we know it was a big mistake to think that organizations could function optimally with those constraints.

What we’re learning is that emotions are in the driver’s seat. Even in the 18thcentury, the Scottish philosopher David Hume had this intuition. He wrote, “Reason is the slave of the passions.”

On the one hand, it’s true that more recently-evolved parts of the brain, particularly the prefrontal cortex (PFC), give us the ability to reason our way to a decision. However, neuroscience is revealing the surprising way this actually works: the PFC influences our emotional brain, centered in the limbic region, to change our emotions, leading to changes in our behavior. The PFC doesn’t have the power to overrule our emotions, like a parent disciplining a misbehaving child. A better analogy might be a parent pleading with a child to calm down.

Why is EI so important?

But wouldn’t it be better if we could suppress our emotions? Don’t they hamper our ability to make the best decisions?

In fact, people who have a Spock-like capacity for reason but lack emotions suffer from a severe disability. The neurologist Antonio Damasio has studied many cases in which brain injuries or tumors have shut down the emotional centers. For example, one patient had a small tumor cut from near the frontal lobe. After the surgery, it was difficult for him to make any decision.

The surgery did not affect his intelligence, which remained in the top three percent. However, it did shut down the richly-textured emotions that accompany us all through our days. He could give you the pros and cons of any action but could not bring himself to actually do anything. He lost everything – including his wife and career, finally declaring bankruptcy and moving back in with his parents.

Today, the insight of scientists, coupled with the success of emotionally-aware organizations, is waking us up to the importance of emotions at work. However, much more needs to be done. To truly engage everyone, organizations need to fully embrace a people-centered approach, one that recognizes the role that emotions play in the way we think, act and work with others.

Before emotional intelligence rose to its current prominence, IQ was the standard of excellence. However, managers with strong IQ but poor EI are unable to tap into the highest levels of performance. In fact, people who work under this type of manager are often demoralized because they sense that the manager doesn’t care about them.

According to Goleman, IQ is a “threshold ability.” Smart new graduates and star individual performers shine in hiring interviews, and organizations understandably want to open their doors to that talent. As a result, the range of IQ within an organization is relatively narrow because of the lower bound that results from the hiring process.

On the other hand, there is much greater variation in emotional intelligence. If you have strong innate EI, or make the effort to acquire it, you will distinguish yourself from the herd and signal that you’re an up-and-coming leader.

What’s the most important thing to know about EI? That it’s not fixed character traits – it’s a set of skills that can be developed. If you want to improve your performance and strengthen your organization, work to continually develop it. EI will allow you to inspire, empower and engage your colleagues. Authority that is based on this solid foundation rather than just on your title and place in the hierarchy will be much stronger. And your colleagues will genuinely love to work with you!

Wish more people were aware of EI as a concept – thanks for sharing!