My first post as part of GovLoop’s Featured Contributor Program referenced my early career experience as a community organizer in southwest Virginia. Recently, I’ve been reflecting on how lucky I am to have had that experience shape my vision of what a positive collaborative environment looks like and guide my approach to group work.

I do not claim to be steadfast in my observation of the community organizing principles that I learned while organizing in the coalfields, such as consensus-based decision making, nor are they always appropriate for every work environment. But where policies and practices may vary, attitudes endure.

Central to community organizing is the theory of self-determination, that individuals may be governed only by their own consent. I’ve been reading Team of Rivals on my morning commute, in which Doris Kearns Goodwin demonstrates that Lincoln’s political genius was in his consideration of opposing viewpoints and respect for his colleagues.

For this week’s post, I wanted to reflect on this common theme and how it colors what effective leadership means for me. It has been a pleasure to use this forum to celebrate the work of my colleagues at the City of Boston, but this week I’ll be sharing my own personal views on a topic to which we all can relate.

As a first-year graduate student studying public policy and management, I was required to take a course on organizational design and implementation, during which my professor instructed my class on what he called “buy-in,” but that, in his representation, could more accurately be described as manipulating people into doing what you want while having them think it was their idea.

After spending some time community organizing in Central Appalachia, I had chosen to study public policy because I wanted to better understand the forces of oppression and how to design, implement and evaluate solutions to social injustices. I was shocked by my professor’s disregard for self-determination, not to mention the value of collective wisdom. Perhaps naive of me, the student of an institution founded by one of America’s preeminent plutocrats.

I’ve come to learn that this approach to the idea of “buy-in” is not original, nor, of course, very effective in the long term. As Brian Elms argues in “Peak Performance,” the implicit goal of getting “buy-in” is to eventually “cash out.” While it’s not necessarily the concept itself, but rather the observed approach that is problematic, I agree with the spirit of his argument. In his experience, as with mine from grad school, “buy-in” is manipulative and opportunistic in practice, and autocratic in theory. It is predicated on the conviction that yours are the only legitimate opinions and others ought to be dismissed or repressed. I once had a job interview where the man who would’ve been my boss sought common ground in denigrating his subordinates, as if I’d be flattered to fall on the right side of his contempt, rather than offended, not to mention convinced of his ineffectiveness. (I did not take the job.) 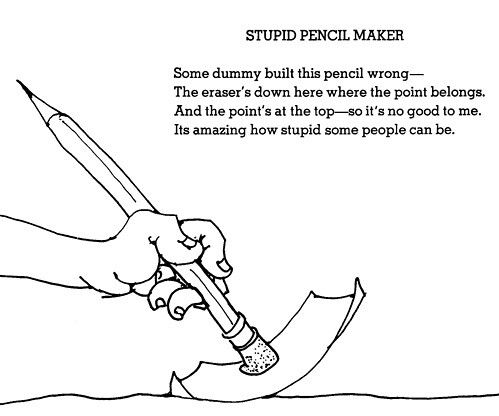 Respect the inherent worth of your colleagues’ lived experiences and insights; resist the convenience of “might equals right” with humility. After all, those who do not learn from the past are doomed to repeat it. A new perspective can and should be used to gain insight, as with any veteran perspective, but it is pure hubris to enter a new context thinking that you alone can bend the bureaucracy to your design. While particularly relevant for those in leadership positions, this principle is relevant for anyone who aims to collaborate effectively.

As a community organizer, I operated on the principle that those most impacted by a problem are best able to design an effective solution. So it follows that those best able to problem solve and innovate in government are the civil servants themselves.

Effective managers include their team members in creating a mission, vision and road map, and they iterate on that shared vision. They recognize the value of their employees by eliminating obstacles to success and creating opportunities to amplify the impact of the work produced.

Ultimately, I do believe that variants of organizational design and their consequent incentives influence the behaviors and attitudes of management and non-management employees alike. A recent New York Times article cautions disgruntled employees against fundamental attribution error, which I appreciate. Don’t hate the player, hate the game, if you will.

Perhaps, one day, government organizations will eschew traditional hierarchy in favor of distributed leadership structures. But the players make the game, and as the players with more explicit influence, it’s incumbent on an effective leader to facilitate and elevate the creativity of their contributors.

As Doris Kearns Goodwin said in an interview in Prologue magazine about her work on Team of Rivals, “the qualities we associate with human greatness– such as sensitivity, empathy, compassion, kindness, honesty– are also keys to political success.”