Some cities with 311 Call Centers might have the knee-jerk reaction of resisting open-data platforms like SeeClickFix, even though it offers more transparency and better user experience. Yet our experience has been that many cities are willing to experiment with combining the utility of both systems. Consider this recent case from Chattanooga, TN.

A month ago, local blogger Jason Kelley was strolling around his neighborhood of Highland Park, when he spotted a house so blighted that not even Extreme Home Makeover could’ve saved it. He snapped a photo and posted a report on SeeClickFix. Chattanooga 311 immediately notified him that the city would take care of the problem. 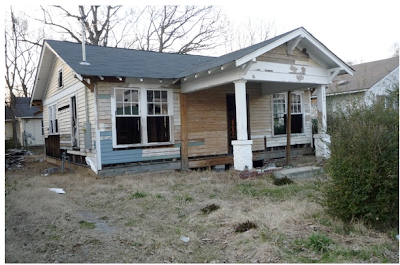 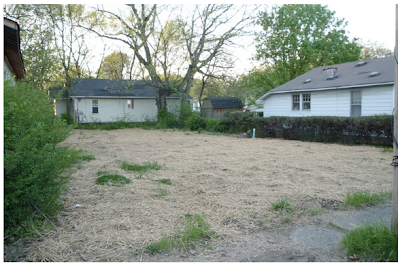 Yesterday, he stopped by the crumbling property to find that the city had ripped it out, from the foundation on up. It was gone without a trace.

“Imagine my surprise when I walked past the
structure formerly known as 1003 S. Hickory St. […] which I reported as “House is barely standing — should be considered for condemnation,” and the entire property was now gone!” Kelley wrote in a blog post on Tuesday.

Of the 17 issues he posted, 15 have already
been fixed one month later. Kelley makes a great case for why SeeClickFix is useful even for cities that already have 311 Call Center, like Chattanooga:

“Anyone who’s made at
least a few calls has run into the inevitable difficulties of asking city employees over the phone to take a closer look at something they’d rather not have to deal with. Occasional long hold times, difficulty in tracking requests, and an inability to determine when certain issues have been dealt with all make the call center model hard to deal with.”

We
agree. The challenge is getting cities who already have 311 services to see things Kelley and our way. While Call Center workers might worry that SeeClickFix will create “more work” for them, there are ways that it could make there job easier.

If more people used SeeClickFix,
it might make service request “rush hours” like lunch time less stressful for call center workers. Rather than playing muzak, automated responses could direct callers who are waiting on hold to report their issue through SeeClickFix. Features like GPS and voting on issues to raise awareness can help call centers and public works departments efficiently and accurately target pressing concerns.

Kelley
points out that SeeClickFix is especially useful for major issues where “community support would make a difference.”

And for many other
issues, he writes that “nothing beats good, old-fashioned trash bags” deployed by conscientious citizens.

How do you think that cities with 311
Call Centers should adapt to new, Gov 2.0 technologies? Sends us your thoughts: [email protected]

Check out the full
blog post here on the Chattanooga hyper-local site, Chattarati.com.

I think all cities with 311 Call Centers should adopt the Open311 shared standard (which I know SeeClickFix endorses).

Very much agreed sir! Zak is going to start doing a post every week on gov loop for city’s we celebrate for their acceptance of open standards, open communication and accountability!