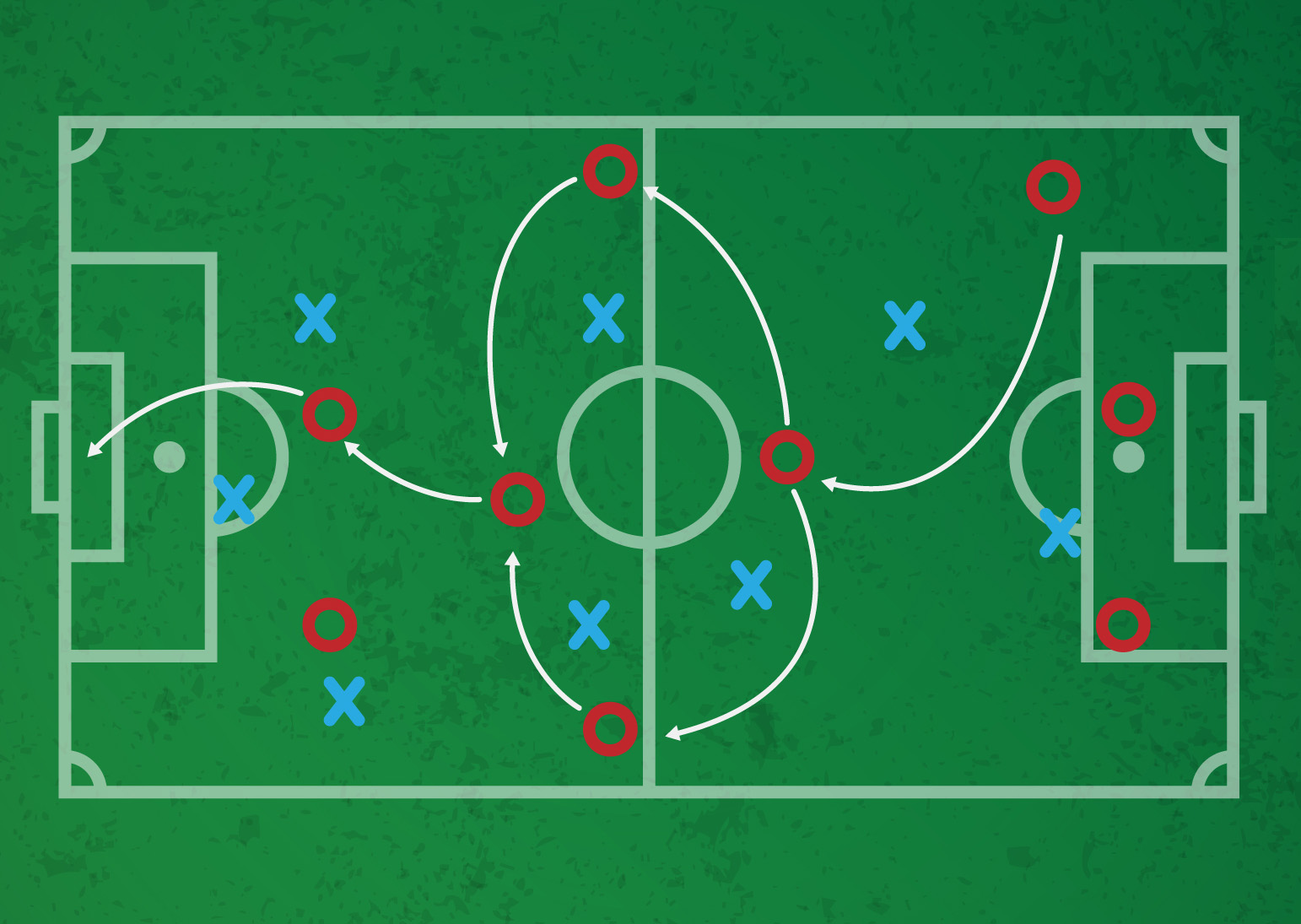 People love sports. Whether you enjoy playing on a workplace team, attending games at the ballpark, or obsessively following your fantasy squad, there is no doubt that sports are a great unifier. They bring together communities, they spark conversation, and they bring interest to our daily lives. As ubiquitous as they can be, have you considered that we might be overlooking an opportunity to learn from these sports we love? I believe taking inspiration from the wonderful world of sports can equip us to be better government leaders.

Want to be a champion? Want to turn your workplace team into a dynasty for the ages? Here are three key areas where we can learn from our favorite coaches, players, and sports personalities:

Okay, so maybe John Madden wasn’t always the clearest communicator around, but this much is true: sports commentators are a prime example of plain language in action. Need proof? Listen to a sports broadcast on the radio. Clear and efficient communication is the lifeblood of these professionals. The best of the best — from Howard Cosell to Bob Costas — are natural communicators with a gift for conveying information.

Who are government’s sports commentators, the people who break it down simply and efficiently for readers, watchers, and listeners? You may argue that sports are more basic and easier to describe than the work we do. I would argue the difference is minimal. Our leading sports voices could get lost talking about the mechanics of throwing a 99 mile-per-hour fastball or the detailed spacing behind a basketball team’s offensive schemes. They dive into some of these intricacies at times, but they never lose sight of the viewers’ needs.

What would a typical sports broadcast sound like if the commentators described the action like government organizations often talk about their programs and services? Even John Madden at his most random and incoherent might have more clarity than that. We are all capable of being government’s sportscasters. We owe it to ourselves to take a page from this playbook when talking and writing about the work we do.

We are rapidly approaching the end of the state fiscal year where I work, which means one thing: It’s performance measurement season. Strategic planning and goal setting for the next fiscal year are the order of the day. Real talk: these tasks have not always come easy for me. Perhaps you can relate. It can be a struggle to set appropriate goals, to decide what to measure, and to move away from measuring activity and outputs and toward measuring outcomes.

For me, sports became a lens through which to better understand and practice the art of performance measurement. More specifically, sports statistics became a natural analog for understanding how government can measure its performance.

In the world of sports, just about everything is measured. People who work in sports are masters at collecting data. Want to know what Ichiro Suzuki’s batting average is against left handed pitchers with last names starting with the letter R? I’m guessing there is a sports statistician out there who could answer that question for you.

Consider three possible goals we might find in the world of sports (all plucked conveniently from my hometown teams):

When setting goals for your team or organization, remember these goals and ask how they might apply to your organization.

When you break it down like this, I think it becomes easier to find your bearings and strive after the things that matter.

The only thing bigger than sports is Fantasy Sports. On Monday mornings in the fall, it seems everyone wants to tell you about their fantasy football team. As annoying as that can sometimes get, Fantasy Sports are a wonderful example of gamification in action. For the unfamiliar, gamification describes the concept of taking the mechanics of game playing — such as point scoring, competition, and rules of play — and applying them to another activity that is typically not game-like.

It’s not uncommon to hear about how people are striving to gamify education, shopping, and yes, even government. Gamification is an alluring concept because people by nature enjoy playing games. The act of playing games is inherently fun and engaging. The act of doing homework, shopping for groceries, or renewing a driver’s license is not.

Fantasy Sports are quintessential gamification; they add new game-playing mechanics to the act of watching sports. Perhaps you’ve heard of Fantasy Congress. This the most direct line from Fantasy Sports to Fantasy Government. But how else can Fantasy Sports and gamification inform the work of government? Well, we can gamify digital engagement with government services, like the State of Hawaii has tried to do. This is just one example of many where opportunities are out there. How can you gamify your programs and services to make them inviting and fun?

In closing, I want to mention a fourth area where sports can inspire government: public engagement. We often talk about viewing our constituents as customers. What about viewing them as fans? Sports teams are prolific at building and supporting fan-bases. They create a sense of community, they establish a sense of pride in the places we live and work, and they bring us together in cheering for and chasing shared outcomes.

Aren’t these all things that apply to government too? We want to build communities and bring them together. We want to establish a sense of pride in the places where we live and work. We seek to help people find and pursue shared interests. Now, just like sports fans, people may not always like the things we do. They may second guess some of our decisions. But we’re all in it together when things go well and when they don’t go well. When it comes to engaging the public, we should keep this in mind.

When it comes to everything else we do, remember the lessons outlined above and, no matter your athletic ability, you could be a government champion too.

Great analogy Adam. I thoroughly enjoyed reading it and will continue striving to be a Government Champion. Cheers!

We can learn other things from sports role models. How not to be diverse and inclusive.

Why are there so few people of color in sports like cycling, softball, kayaking, sailing, bowling, auto racing, water polo, ice hockey and tennis-American Alliance for Health, Physical Education, Recreation and Dance, 2001.

Why is there only 1 black majority owner among 153 teams in the 6 biggest professional major sports in the USA and Canada-The Institute for Diversity and Ethics in. Sports at the University of Central Florida’s College of Business Administration, 2013.

You are right in one respect. Building a diverse and inclusive federal government and society is pure fantasy. Who would want to champion that?