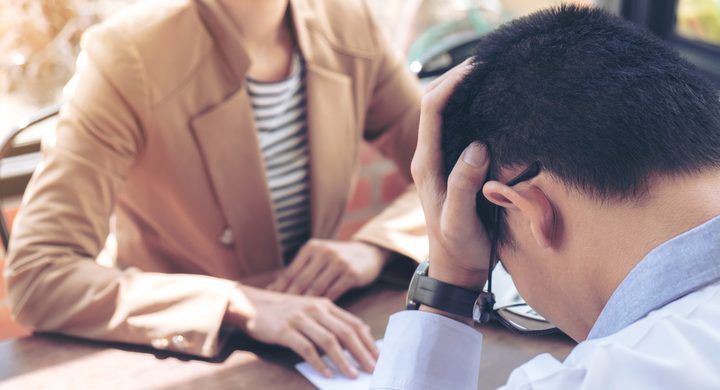 Resilience helps us thrive in adversity. Resilience is a state of being that can fluctuate depending on the levels of trauma or stress we are experiencing at any given time. It is helpful to know the common characteristics of low resilience and what behaviors you may exhibit when your resilience is slipping, so you know when you should engage in resilience enhancing activities or need to assist others in addressing their resilience.

Not everyone exhibits the same characteristics, which range from mild to severe in nature and can last for varying durations. For example, I have trouble sleeping when my resilience is low and I find myself getting irritable much more quickly than normal. When I see that I’m not sleeping well and am irritable, I prioritize spending time rebuilding my resilience.

Being quick to anger and irritable is one of the most common characteristics of low resilience and often leads to conflict in the workplace. When my resilience eroded after Iraq, I found myself being more combative with peers and quick to fight about an issue. As I rebuilt my resilience, I became much more patient and collaborative.

One of the most frustrating characteristics of low resilience is constant illness. Since our immune systems are depressed when our resilience is low, we cannot fight off the viruses and bacteria that naturally bombard our systems. I normally never get sick, but for two years after I left Iraq, I seemed to catch every bug in the office and had constant stomach ailments. Once I bounced back, I rarely got sick again.

Trouble sleeping is extremely common among people with low resilience. Many of us focus on how to sleep better without realizing that instead, we need to enhance our resilience. For two years after leaving Iraq, I rarely slept more than 4 hours per night. I thought it was just part of growing old but once I bounced back, I started sleeping much better and when my resilience is high, I sleep great.

4. Becoming Isolated or Over Clingy

As our resilience diminishes, people can either start to isolate themselves from other people or become too dependent on having family or friends around them. I stopped socializing and making new friends. Unfortunately, by isolating myself, I cut off an important way to enhance my resilience which is to build a social support network.

As resilience decreases, there can be a change in our body’s hormones that causes mood swings. We can experience extreme highs and lows, sometimes several times a day.

When a car cuts us off on the highway, most of us are slightly annoyed. A person with low resilience may overreact and become enraged. Small irritants become major problems.

Some people with low resilience find they feel sad a lot and cry more easily than they used to.

In the State Department, we often saw this when personnel would study a foreign language after serving in a dangerous overseas posting. They would struggle to learn the new language because of their lack of memory. Once their resilience improved, they found language learning much easier.

The most troubling characteristic of low resilience is the lack of hope and a vision for the future. This can sometimes evolve into despair. This makes it hard to plan and problem solve and can manifest as cynicism and a lack of caring. People may also find themselves taking unnecessary risks or engaging in reckless behavior because they just don’t care.

By paying attention to your behavior, you’ll soon learn how to tell when your resilience is low. To learn more about building your resilience, check out payneresilience.com/blog.

Beth Payne is a GovLoop Featured Contributor. She is an experienced resilience trainer and consultant. In 2016, she created the U.S. Department of State’s Center of Excellence in Foreign Affairs Resilience, where she designed resilience tools and resources for foreign affairs professionals. She served as a U.S. diplomat from 1993 until 2016 with assignments at the U.S. Embassies in Senegal, Rwanda, Israel, and Kuwait and as the U.S. Consul General in Kolkata, India. In 2003, she opened the Office of the U.S. Consul in Baghdad, Iraq, where she received the State Department’s award for heroism. You can read her posts here.

The Work of Government is Casework