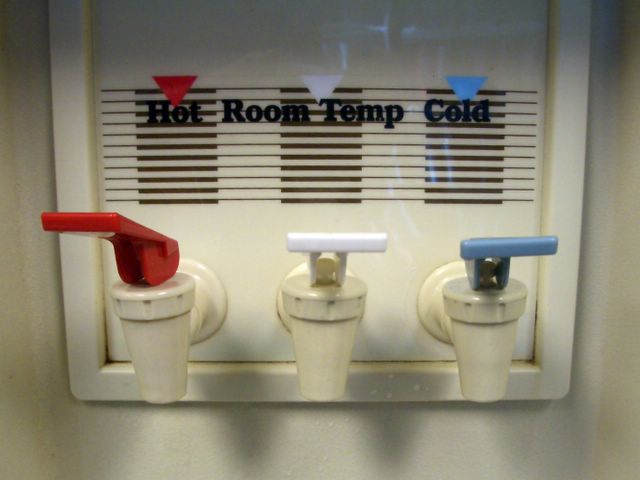 Everyone gets thirsty.  It’s easy to see thirsty folks heading to the water cooler for refreshment, be it in the traditional form, a coffee station, or by proxy via vending machines. 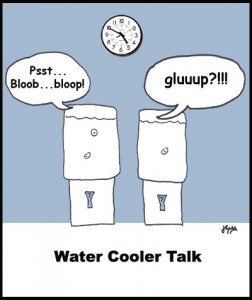 Everyone gets bored, too.  People just like to get the blood flowing as your comments confirmed in a previous week’s blog about getting mobile at work (you can check by clicking here).  And they just might make their way to the proverbial water cooler too.  Why? Because they’re bored, there might be people at the water cooler to get information (or entertainment) in breaking free from the cubicle. 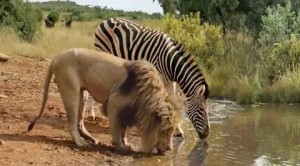 There’s an interesting, but palpable balance in the water cooler’s environment that I’ll try to illustrate with a personal example.

I simply spread the tables out and rotated them 45 degrees (imagine diamonds within a square instead of the previous squares & rectangle within a square).  The end result was a setup allowing 75% of the room to see the TV while also ensuring at no point did more than 25% of the room have its back towards someone.  It became more popular at coffee time, break time, and lunch too; all contributing in one way or another to a better sense of team due to camaraderie.

The point being, water coolers in their various forms can indirectly contribute to the success of a work section…or its struggles.

Attention HR Managers: This Is For You

Imagine the boss comes into water cooler territory and is greeted enthusiastically with “Hey Boss, Sue and I were just socializing this idea…what do you think?” This is probably a great sign of a positive work environment or culture.  However, if upon entering water cooler territory the workers scramble to finish conversations  or otherwise scurry away, the boss might be getting a different set of indicators with which to work, wink-wink.

One last thought on proverbial water cooler territory in the context on non-employees, meaning either business partners, visitors as well as job applicants.  All the aforementioned HR Intel-gathering examples apply doubly here.  It’s much easier to mitigate perceptions internally than externally, ask any public relations person.