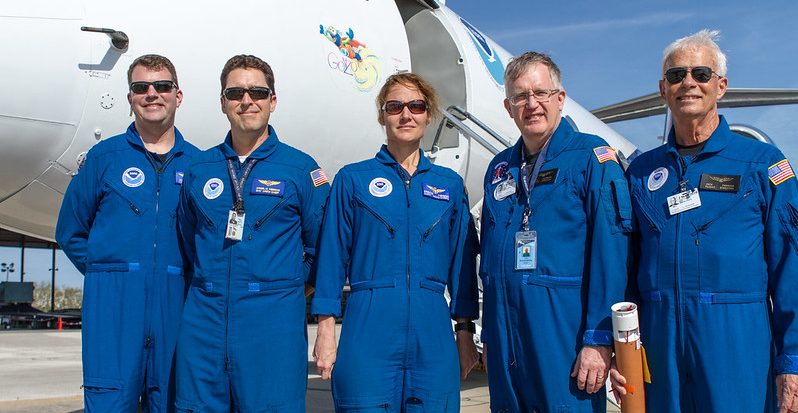 Government does so much, day in and day out. A lot of what agencies do for people, communities and the world at large happens out of the spotlight.

There are many government agencies with interesting and important missions you may never have heard of. Some are obscure, some are underappreciated and some are designed to work behind the scenes.

Let’s look at some of the lesser-known agencies to be thankful for.

It would be a shame if humanity was killed by a deadly extraterrestrial germ brought back from space. A little less intimately gruesome but no less cosmically tragic would be if an earthly microorganism hitchhiked on a spacecraft and wiped out life on another planet or moon.

Thankfully, NASA’s Office of Planetary Protection has been playing the role of space exploration safety enforcer since the 1960s. It establishes the meticulous requirements and procedures for eliminating contamination on NASA’s trips to and from Earth. Earlier this year, NASA launched an independent review board to recommended specific ways planetary protection needs to be updated to keep up with the rapidly changing — and increasingly privatized — field of space exploration.

There’s a government job that has been described as “95% boredom and 5% sheer terror.” Hurricane hunters are specially trained pilots with the National Oceanic and Atmospheric Administration (NOAA) Aircraft Operations Center who fly into the eyes of hurricanes to collect up-close storm data that satellites can’t capture.

The pilots work with meteorologists, technicians, and other scientists and specialists who use the data to improve forecasts about where hurricanes will travel and how intense they will be. When it’s not hurricane season, the Hurricane Hunters take to the air to survey storms on the Pacific coast that can cause mudslides, measure winter snowpack that may melt into spring floods, and track endangered marine mammals.

Earlier this year, NOAA’s first all-female crew of Hurricane Hunters made history, flying into and around Hurricane Dorian.

Unclaimed assets are like finding the cash you forgot you’d stashed in a coat pocket. Government unclaimed property offices hold on to money and other assets that have been forgotten, abandoned or didn’t land in the hands of their legal owner. It could be a check that never got forwarded to a new address, unpaid wages from an employer, undelivered tax refunds, a mysterious safe deposit box or waylaid life insurance payments. It could be money owed to you, your parents, or even your grandparents, living or deceased.

The Federal Mediation and Conciliation Service (FMCS) is a small agency that helps resolve big disagreements. FMCS is brought in to smooth out contentious labor conflicts in the public and private sectors, as it did this year during the Stop & Shop work stoppage, Alaska ferry boat strike, and the Salt Lake City teacher contract negotiations.

FMCS also seems to do a great job of supporting its own employees and management to work together smoothly. It was recognized two years in a row as the “Best Place to Work” among small federal agencies by the Partnership for Public Service in 2017 and 2018.

The federal government is an emergency prepper. But instead of hoarding antibiotics and gold, the Agriculture Department’s (USDA) Agricultural Research Service (ARS) preserves the genetic material of plants and animals so they don’t vanish forever.

The USDA started storing genetic material way back in 1898. Today ARS is part of an international system of “germplasm collection” that creates and maintains storage banks of the world’s biodiversity. Earlier this year, ARS added the one-millionth sample to its collection of animal sperm, embryos, and tissues.

Until the apocalypse arrives, ARS is using these genetic resources for research into nutrition, to improve food quality and production, and to help farmers replace destroyed crops.

Love this! Thanks for highlighting these services!

5 Reasons to Plan for the New Year