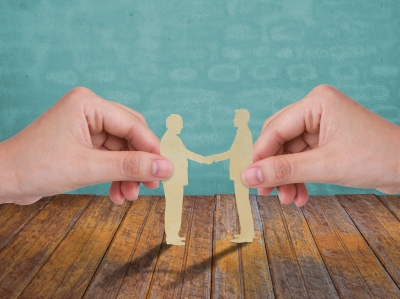 Let’s assume that, as an IT leader and decision maker, you understand the importance of clear and efficient communications. Whether with superiors, subordinates, peers, vendors, or customers, good communications are a key ingredient to your success.

And you’ve probably read or heard somewhere that 93% or some similar percentage of interpersonal communications are non-verbal; that is, that non-verbal signals (tone of voice, posture, gestures, facial expressions, etc.) convey far more than the content of the actual words that are exchanged.

In fact, the 93% number comes from research conducted by psychologist Dr. Albert Mehrabian[1] and first summarized more than 40 years ago in his book Silent Messages. This specific number has certainly been hyped, and also criticized, and to be fair, on his own Web site, Dr. Mehrabian emphasizes that his 93% formula applies only to communications about feelings and attitudes[2]

Nevertheless, most of us understand intuitively that non-verbal cues convey at least as much information as the words we use. For example, Dr. Edward Wertheim[3] asserts:

A “majority” of the meaning we attribute to words comes not from the words themselves, but from nonverbal factors such as gestures, facial expressions, tone, body language, etc. Nonverbal cues can play five roles:

So there is little argument that at least half of the information that is conveyed to us in face-to-face exchanges is through such non-verbal signals.

“Face-to-face” is key here. Many of our primary methods of communication, including telephone, e-mail, texts, and even video-conferencing fall somewhere between poor and useless in terms of effectively conveying non-verbal signals.

So many of us augment our e-mails and texts with emoticons or “emojis” in an effort to convey even a little bit of what would come across naturally in a face-to-face exchange.

We also tend to trust non-verbal cues more than the content of the words we hear. Eye contact, facial expressions, posture and body language, gestures, and tone of voice are important “tells” that work powerfully to confirm or contradict the words we are hearing.

In contrast, a comprehensive meta-analysis of psychological tests given to college students from the 1970s through the 2000s[5] found that the more recent generations of students are significantly less empathetic than those from earlier years studied. One theory for the reason in this decline is that modern social media have so much replaced face-to-face communications that a basic lack of experience in recognizing non-verbal cues is translating directly into a lack of empathy.

We’re all properly concerned about the travel and time costs of face-to-face meetings, but let’s not overlook the real and significant benefits as well!

[1] Dr. Mehrabian is currently Professor Emeritus of Psychology at UCLA.

[4] The Importance of Effective Communication, available at http://www.docstoc.com/docs/106777651/The-Importance-of-Effective-Communication-1

Great post! Face-to-face interaction is so important, but many people shy away from it. It’s great to point out the benefits!

@Hannah Thank you – I’m glad you enjoyed it.