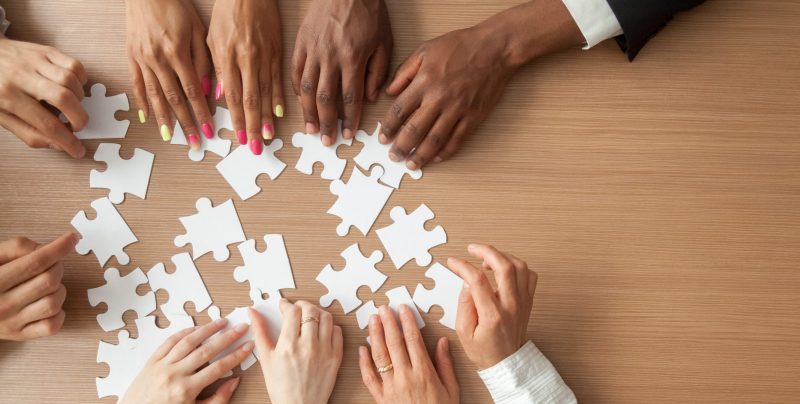 The Deputy Chief shouted at me from across the table, standing up and placing both hands down on the table. His service pistol bumped against the arm of his chair as he sat back down in the conference room, fuming. He crossed his arms over his blue uniform. His badge rose and fell with his exasperated breathing.

I didn’t know what to say. I’d been working on the creation of a new city website for over six months, and the police department had hardly made a noise during the process. As the project manager for the new website, I invited the police contacts to all the relevant meetings, sought their input, and handled the issues that were the IT department’s concerns. I didn’t see police representation at many of the meetings, but they hadn’t raised any objections until now. And we had three weeks before the website was set to go live.
Why were they so upset now? What had I done to irritate them so much? And now, here I was in police headquarters facing three deputy chiefs, several commanders and a lieutenant. They’d had their chance to make their needs known but they hadn’t, so they must have been on board with the project moving ahead.
But they weren’t on board. They were disengaged.

Confidence in the process

What I learned was that the website project was about only web design on the surface. On a deeper level, the police department needed to know that their needs were being met. And that wasn’t happening. Their lack of participation in the project team meetings wasn’t their problem — it was mine.
We often hear that “culture eats strategy for breakfast.” I’d like to propose a corollary:

If the police didn’t believe we listened to their needs, the project simply would not move forward. IT leadership knew that right away. The chief information officer knew what I had yet to learn: We had to make sure the police department knew we would meet their needs before we could move forward.
We delayed the project, and I spent the next few weeks addressing the police department’s specific needs, hearing their desires and translating them into website capabilities. The website launched behind schedule, but in time we worked through the specific needs of the police department and brought them along to a successful launch. I don’t know if I’d say they were happy, but they were on board.

Our audience is unique

Police are a tough group to deal with. They have specific needs and a culture all their own. They’re unique, but they’re not uniquely unique. Transit, land use, public health — every department or stakeholder group has specific language and needs that you can’t know unless you’re one of them. Every one of these groups has specific audiences they’re trying to serve.
Local government is a collection of civic-minded practitioners in various industries. These groups connect to each other by a common thread of public service. If you’re leading a project across many agencies or departments, you can’t possibly be an expert in every subject. But if your project is going to succeed, you’ll need to find ways to understand your stakeholder’s needs and demonstrate that understanding.
It starts with internal stakeholder management. If your internal decision-makers don’t support the project, you have failed before you begin.
In addition to aligning your internal stakeholders, most public projects involve some level of community engagement. If you can’t explain how you’ve incorporated the community’s concerns into your project, you can never have confidence in their support.
This is why I believe empathy is the secret to success in public projects. Only when you demonstrate that you have listened to your stakeholders can you bring them along with you.

Empathy with a sidearm

The deputy chief knew this secret. When he (literally) stood up for the police department’s needs, he demonstrated to his fellow officers that he was worthy of their trust. He showed the other police officers that he had heard their needs and was representing them. I didn’t understand it at the time, but looking back I appreciate this lesson in how to lead with empathy.
After the website project, I’ve gone on to manage the implementation of several community-engagement technology projects. With every project, I try to live the value I learned that day: Empathy for your stakeholders is the only way to move civic projects forward.
Jay Anderson is responsible for digital engagement and public processes at the city of Colorado Springs. Jay holds an MPA from the School of Public Affairs at the University of Colorado – Colorado Springs, where he also serves as the Chair of the Dean’s Community Advisory Board.. Jay focuses on the point of engagement between the community and its institutions, creating programs that give a voice to people who want to have an impact on their government.

I don’t hear about empathy enough in conversations around government, tech and user experience. Thank you for shining a light on such an important issue and for sharing practical and personal stories.

Thanks, Nicole. Glad it was useful to you!
I think empathy is the secret to improving the way governments serve their constituents. It’s hard work, but so rewarding!

So, You’re Suddenly a Grants Manager. Now What?

The Power of a Stay Interview and How to Conduct One