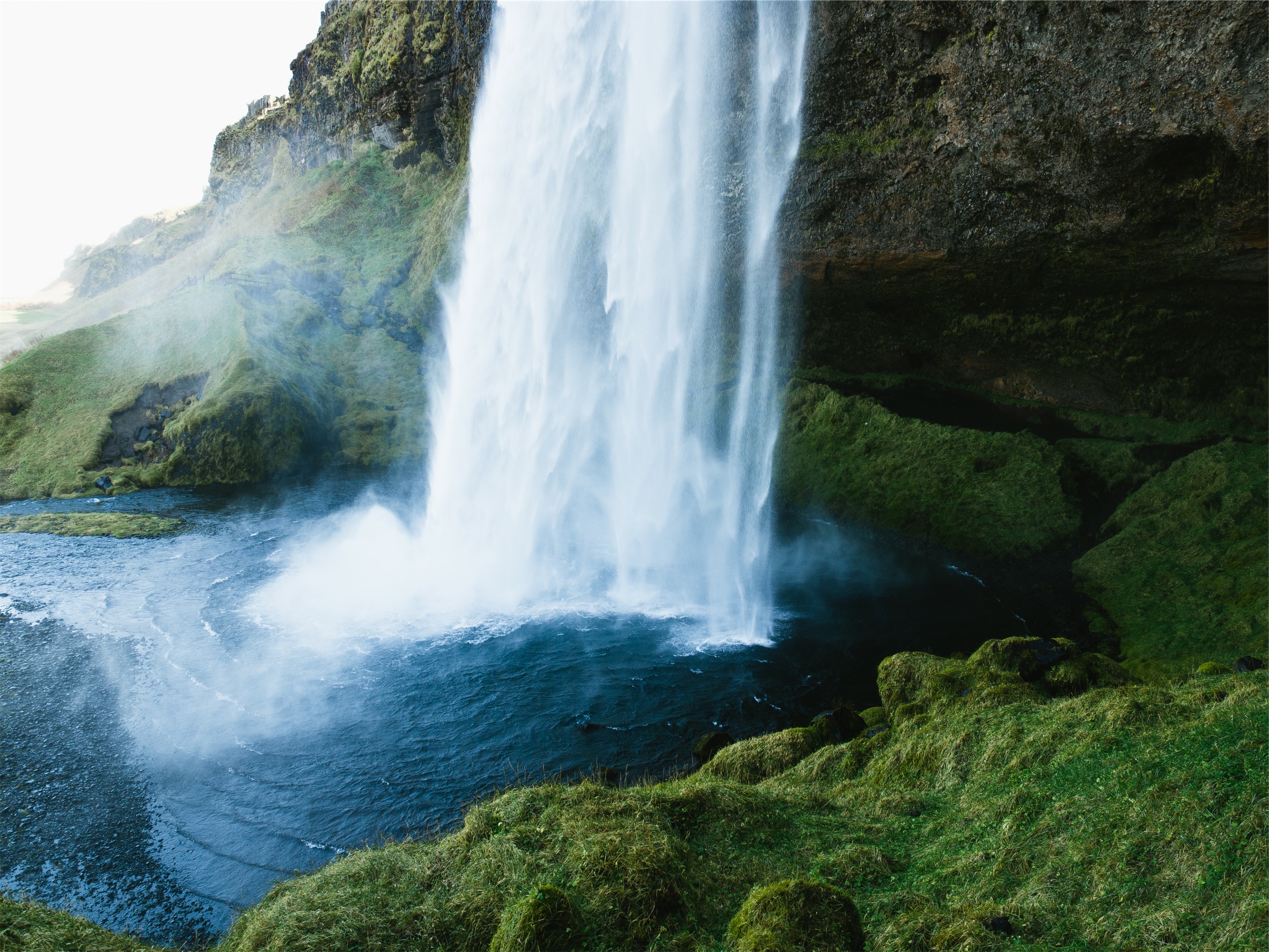 A few years ago I was on a road trip with some friends. We were traveling in a caravan and using walkie-talkies to communicate between cars. The third day out the sun was bright and the weather was hot. We were passing through a particularly long stretch of road with absolutely no sign of civilization other than the mile upon mile of highway cutting through the pristine landscape. After several hours of driving our scout car came onto the walkie and said we were going to pull off in the next turnout. We all pulled into the rest area and got out of our vehicles to stretch our legs.

At the far edge of the turnout there was a trail. We were grateful to have some time out of the car and each of us in our own time decided to meander down it for a little walk. When I finally got to the bottom of the trail I was awestruck by the amazing beauty of the place. There were fragrant bushes with lovely thin leaves that made a soothing sizzle in the breeze. Little white butterflies danced through and the sand was made up of sparkling mica that caught the light and sent it ricocheting back through the landscape. Nearby was the sound of running water. I followed the path through the bushes and emerged at the edge of a shimmering river.

My companions who had gone ahead of me were already in various states of undress and had entered the water. In the high afternoon heat it seemed the only rational thing to do, so I jumped in as well and let myself drift in the soft current. The whole place seemed plucked from a fairy tale. After a time, one of the more adventurous in our group went upstream to see what was on the other side of the tall rocks. Each of us followed and discovered roiling pools where the water rushed through before heading down stream. One pool emptied swiftly between two rocks set just wide enough for a person to fit through. After assessing the situation for a few moments, my friend stepped into the opening and let himself be shot through to ride the swift current.

One by one the rest of my companions followed until it was my turn. I stepped into the little red rock window and held myself there as the water rushed around me. A million worst-case scenarios played out in my head and I couldn’t let myself go. A minute or two passed with me looking down at the smiling faces of my friends and I wanted nothing more than a way out that didn’t involve hurtling through whitewater into uncertainty. Suddenly, my friend Ramona came toppling into me from upstream. The force of the water and her weight pushed me through the window, and for a moment I was immersed in the silence beneath the roar of the waves, but I was no longer afraid. I immediately felt myself lifted by the current and a sense of relief that the decision had been made for me.

I share this story, because it is in some ways a good metaphor for life. You’re going along and everything is beautiful and wonderful and you think you’ve got the hang of it all, and then you find yourself on an adventure within your adventure and then suddenly it gets scary or challenging and you have to make a decision. You have to take a risk. You have to face uncertainty and discover how you will react. The way I see it there are 3 options:

It’s difficult to know how to react and there is never any best way except in hindsight, but I like the advice of music icon, Nick Cave. He recently made a documentary about his life called 20,000 Days on Earth. Towards the end of the film he becomes very reflective. He has this to say about the value of committing to an idea despite any uncertainty around it:

“All of our days are numbered. We cannot afford to be idle. To act on a bad idea is better than never to act at all, because the worth of the idea never becomes apparent until you do it. Sometimes this idea is the smallest thing in the world—a little flame that you hunch over and cup with your hand and pray that it will not be extinguished by all the storm that howls about it. If you could hold onto that flame, great things could be constructed around it that are massive and powerful and world changing, all held up by the tiniest of ideas.”

I really feel there is a lot of wisdom in that. Of course we rely on intuition to guide us, but there’s never a fool proof gut feeling. And there is always something to be said for common sense, and the wisdom of experience, but after a point, and especially with the most important things, (the new challenges—the uncharted territory) a leap of faith must be made for true growth to happen. The only thing we can do is make sure we are as prepared as possible.

Awesome. Thank you for sharing.

Innovation is About People, Not Technology

On A Mission to Recognition: Why It Matters in the Workplace