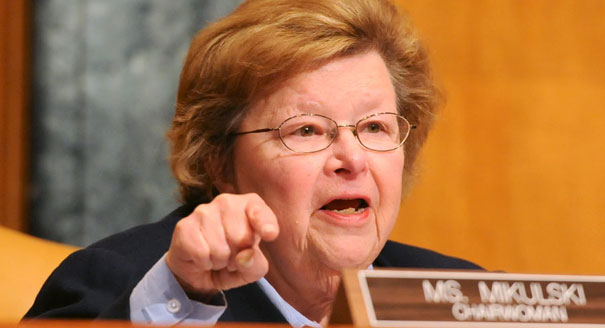 Women’s History Month presents us with an opportunity to shine a spotlight on the incredible achievements of women everywhere.

One inspiring woman who is still making history today is U.S. Senator Barbara Mikulski of Maryland (pictured above). She is the longest serving woman in the history of Congress, extending her record with each passing day.

Senator Mikulski has always had:

“A mission to make the Senate a place where women belong” and “be a role model for generations of women in politics – in both parties,” as the Washington Post recently pointed out.

Senator Mikulski, who hails from Baltimore, has been a well-known champion of justice and equality for all women. She has played an instrumental role over the years and decades in expanding equal rights for women in the workplace and beyond.

Her countless legislative efforts advancing justice and equality for women are virtually unparalleled during her time in the Senate. However, unlike other members of Congress, she never catered to entrenched political partisanship.

To the contrary, Barbara from Baltimore “focused on getting things done for her constituents,” as the Post reports – something more members of Congress ought to do these days.

She “is fiercely loyal to her home city” and “has lived in Baltimore throughout her time in Congress…Mikulski has always lived modestly; she has a net worth about one-tenth that of the average senator.”

Barbara Mikulski exemplifies the essence of public service for we the people, rather than for lobbyists and outside political groups which have caused legislative gridlock and given Washington a bad name. 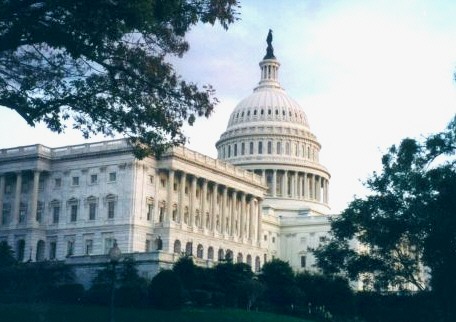 Among her many achievements, Senator Mikulski led a crusade for women to receive equal pay for equal work. Her mission culminated with the enactment of the Lilly Ledbetter Fair Pay Act during the early days of the Obama Administration.

Now, after nearly three decades of public service in the Senate, she recently announced her retirement effective next year (and her tenure in the Senate was preceded by many more years in the House and local government in Baltimore).

President Obama said, “Her leadership serves as an inspiration to millions of women and girls across the globe to stand up and lead.”

In addition to being the longest serving woman in Congressional history, Senator Mikulski is also:

That’s quite a legacy which won’t be surpassed any time soon.

While she lacked a towering physical presence – being less than five feet tall — Senator Mikulski made up for it with towering leadership and a long record of distinguished public service.

Yes, she will be greatly missed upon her retirement. And not just by the citizens of Maryland.

Always great to read someone celebrating another’s achievements in gov. Thanks for sharing, David!

Thanks for the kind words, Hannah. Great hearing from you!

What a shining example of what one can do if they set their mind and heart to the task. Ms. Mikulski has always stood tall and steadfast for her beliefs. She has represented all of her constituents, women and men, government and non-government employees, old and young and done so honorably. We will miss her.

Randy, thanks so much for sharing your valuable comments, with which I concur. While Senator Mikulski will most certainly be missed, her towering legacy will live on for a new generations of young women who aspire to lead and contribute to public service.

Then-Rep. Mikulski inspired me when she spoke to my “Washington Semester Program” class in 1982, in large part because she is a woman and blazing a trail. Sen. Mikulski has tenacity, strength of character and knows how to succeed in the male-dominated halls of Congress. It is not surprising that she is breaking records and raising the bar for women. Well done and thank you!

Jane, thank you for taking the time to share your important insights and inspirational story. FYI: OPM just issued a new report on Women in the Federal Service, which shows the progress women have made in attaining high level positions at agencies gov-wide, especially compared to the private sector.
https://www.opm.gov/blogs/Director/2015/3/31/Ensuring-Women-Have-a-Seat-at-Every-Table/
OPM Director Archuleta makes the following key points in her blog post about the new report:
* “Women are increasingly moving into leadership roles compared to their counterparts a decade ago. Today, they make up 34.4 percent of senior executives in the Federal Government, compared to estimates of 14.6 percent in the private sector.”
* “Younger women are doing especially well. Women entering the workforce now are more likely to be on a management track than they were a decade ago.”
* “And while we are proud of the progress we’ve made, the data shows a lingering gender gap within our Senior Executive Service. Clearly, we have work to do.”