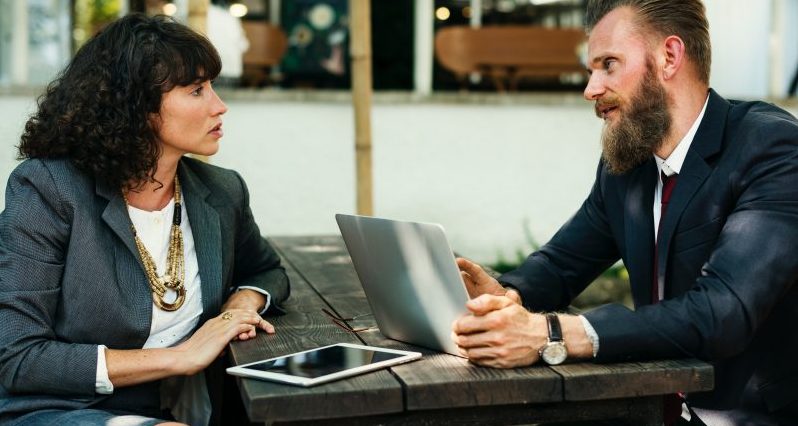 Most people would agree that communication between two individuals should be simple. It’s important to remember that there are differences between talking and communicating. When you communicate, you are successful in getting your point across to the person you’re talking to. When we talk, we tend to erect barriers that hinder our ability to communicate. There are seven of these types of barriers to effective communication.

The Top Barriers of Communication

1. Physical barriers are easy to spot – doors that are closed, walls that are erected, and the distance between people all work against the goal of effective communication. While most agree that people need their own personal areas in the workplace, setting up an office to remove physical barriers is the first step towards opening communication. Many professionals who work in industries that thrive on collaborative communication, such as architecture, purposefully design their workspaces around an “open office” plan. This layout eschews cubicles in favor of desks grouped around a central meeting space. While each individual has their own dedicated workspace, there are no visible barriers to prevent collaboration with their co-workers. This encourages greater openness and frequently creates closer working bonds.

2. Perceptual barriers, in contrast, are internal. If you go into a situation thinking that the person you are talking to isn’t going to understand or be interested in what you have to say, you may end up subconsciously sabotaging your effort to make your point. You will employ language that is sarcastic, dismissive, or even obtuse, thereby alienating your conversational partner. Think of movie scenarios in which someone yells clipped phrases at a person they believe is deaf. The person yelling ends up looking ridiculous while failing to communicate anything of substance.

3. Emotional barriers can be tough to overcome but are important to put aside to engage in conversations. We are often taught to fear the words coming out of our own mouths, as in the phrase “anything you say can and will be used against you.” Overcoming this fear is difficult, but necessary. The trick is to have full confidence in what you are saying and your qualifications in saying it. People often pick up on insecurity. By believing in yourself and what you have to say, you will be able to communicate clearly without becoming overly involved in your emotions.

4. Cultural barriers are a result of living in an ever-shrinking world. Different cultures, whether they be a societal culture of a race or simply the work culture of a company, can hinder developed communication if two different cultures clash. In these cases, it is important to find a common ground to work from. In work situations, identifying a problem and coming up with a highly efficient way to solve it can quickly topple any cultural or institutional barriers. Quite simply, people like results.

5. Language barriers seem pretty self-inherent, but there are often hidden language barriers that we aren’t always aware of. If you work in an industry that is heavy in jargon or technical language, care should be taken to avoid these words when speaking with someone from outside the industry. Without being patronizing, imagine explaining a situation in your industry to a child. How would you convey these concepts without relying on jargon? A clear, direct narrative is preferable to an incomprehensible slew of specialty terms.

6. Gender barriers have become less of an issue in recent years, but there is still the possibility for a man to misconstrue the words of a woman or vice versa. Men and women tend to form their thoughts differently, and this must be taken into account when communicating. This difference has to do with how the brain of each sex is formed during gestation. In general, men are better at spatial visualization and abstract concepts such as math, while women excel at language-based thinking and emotional identification. However, successful professionals in highly competitive fields tend to have similar thought processes regardless of their gender.

7. Interpersonal barriers are what ultimately keep us from reaching out to each other and opening ourselves up, not just to be heard, but to hear others. Oddly enough, this can be the most difficult area to change. Some people spend their entire lives attempting to overcome a poor self-image or a series of deeply rooted prejudices about their place in the world. They are unable to form genuine connections with people because they have too many false perceptions blocking the way. Luckily, the cure for this is more communication. By engaging with others, we learn what our actual strengths and weaknesses are. This allows us to put forth our ideas in a clear, straightforward manner.

Communication is not a one-way street. To have others open up to you, you must be open yourself. By overcoming these barriers to communication, you can ensure that the statement you are making is not just heard, but also understood, by the person you are speaking with. In this way, you can be confident that your point has been expressed.

Have you had difficulty communicating an idea in the past? Were you able to solve the problem? If so, how?

this series help me a lot in barriers to communication

Thanks for your notes