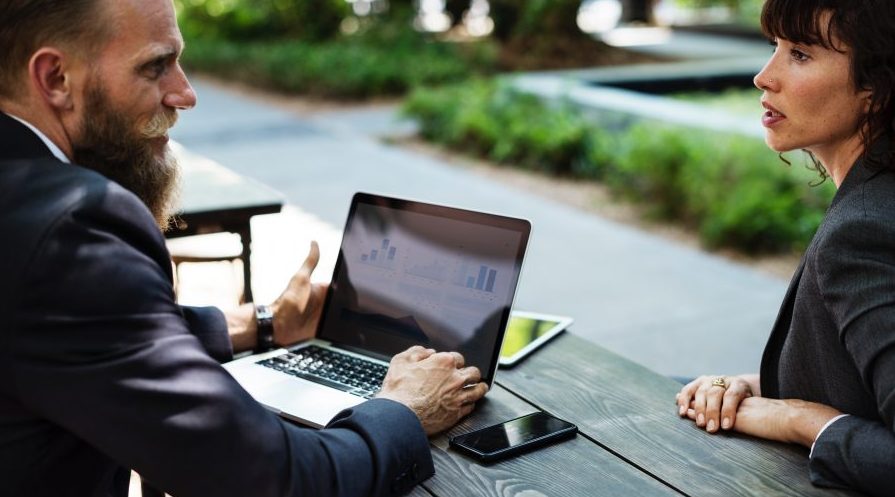 Picture this: Your organization is hosting an event for potential and/or current business partners. There are great connections to be made for you as a professional and for your agency as a whole. In your attempt to make connections, though, you run into Mr. Advancer.

Mr. Advancer is the ideal business partner, with money to spend and a clear connection to your mission. But, he doesn’t seem interested in talking about work. Instead, he steers the conversation towards the way you look, or the possibility of meeting for drinks later in the evening. You’re here to make professional connections but instead you’re relegated to the role of potential date.

Unfortunately, this scenario is pretty common for women in the workplace. And it’s a tricky situation to correct. Not only do you have the normal considerations of confronting sexism – like whether it will make the conversation awkward or escalate the issue – but you also have to worry about potentially damaging a business connection or networking opportunity.

On the other hand, simply ignoring the advance or removing yourself from the situation seems inadequate. As we’ve discussed in previous articles, confronting sexism is critical to stopping it.

So how do you address an unprofessional advancement that occurs from a work contact? Try to follow these three steps to decline, reframe and report the interaction:

Step 1: Decline. First and foremost, say no. Whether that means rejecting a compliment or declining a dinner invitation, it’s imperative to rebut the advancement clearly. That doesn’t mean you have to be rude – a simple “no thank you” will do. However, the first essential step in preventing unprofessional advances from moving forward is to reject.

Saying no sends a message that the advance is unwelcome and it removes doubt about your openness to that pursuit. Moreover, declining further pursuit will prevent you from putting yourself in a more uncomfortable or even unsafe situation.

Step 2: Reframe. But just because you decline the advance doesn’t mean you also have to cut off a potential business connection. Instead, steer the conversation into more professional territory.

You can do this blatantly by saying something like, “That’s not really work-appropriate and I’d prefer instead to talk about business.” But if that makes you uncomfortable, you can always be subtler and just change the subject. “Thanks, but I’d prefer to talk about my organization’s project,” will do just fine.

In some cases, reframing may require backup. Whether you are subtle or outright, there’s a chance that Mr. Advancer won’t cease his efforts. In those cases, seek a colleague who can both add to the conversation’s business goals and also provide support to you personally.

Again, this doesn’t have to be confrontational if you don’t want it to be. You can always say “My colleague, Pat, would actually be a great person to talk to about this, too. Let me grab them really quick and then we can continue chatting.”

There’s a chance you’ll run into this person at another work function if your professions are similar. You might even have this person reach out to you again on social media or a professional network. In those cases, having someone who already understands the situation is invaluable to support you. If the situation escalates, your manager will know how it started. Plus, the record of your telling a manager backs up your claims if things truly to get to the point where intervention is needed.

If you don’t think your manager will be receptive to the discussion, you can also report the incident to your EEOC or HR representative.

But don’t feel like you have no resort simply because you’re in a work setting, representing your organization. As directly as you feel comfortable doing, decline, reframe and report the interaction.

This article is like having a discussion with a friend or co-worker; however this same situation can apply to individuals pursuing careers in the proper professional fashion. Power, authority, and professional leverage is Mr./ Ms. Advancers advantage My opinion is, this is the deal that seals the promising future. One is challenged to redefine what their principals are and put integrity on the shelf for stories of grandeur.

How to Get People Onboard With Teleworking

The Challenges at Play for Government Data