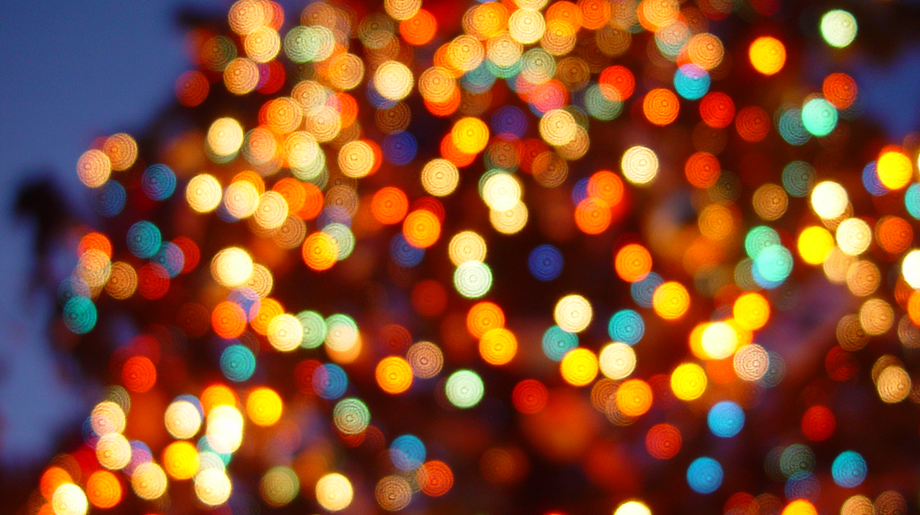 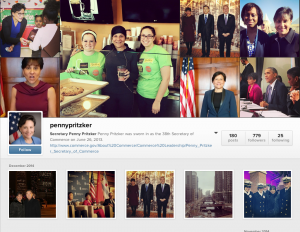 In February, the Commence Department opened the Office of Digital Engagement. The idea was simple. Create an office where users can interact with the department on any communication channel. Twitter? Of course. Facebook? You bet. Even Instagram.

“This year we put our Secretary on Instagram. She was the first cabinet member to be on Instagram,” proudly explained Mike Kruger, Director of Digital Engagement at Commerce.

One of the main reasons for the new digital approach was to give users information that’s easily sharable and repurpose-able.

Kruger told Chris Dorobek on the DorobekINSIDER program, “We use Instagram as a way to shine light on what’s life like as a cabinet secretary. While it can appear glamorous, there’s still a lot a hard work that goes into it. But we also use Instagram as a way to provide visual content to supplement our outreach, and to provide stakeholders with images of the Secretary at their events.”

Instagram is only one component of the agency’s digital engagement strategy. An even bigger part is an new emphasis on open data.

“When Commerce’s Secretary Penny Pritzker joined the agency, she immediately put together a strategic plan for the next four years. For the first time we elevated data as its own pillar.,” said Kruger.

Historically, data had been used to support other pillars. In the private sector, 21st century data is equally as valuable as some of the products we produce. Pritzker committed to hiring a Chief Data Officer.

Meanwhile, the engagement, policy and data producers got together to try to figure out how to make data not just a byproduct, but also a key component. “We started thinking about how to do that from the data collection side, all the way through to the dissemination side,” said Kruger. “In my office we’re working on the dissemination side a things. How do we connect stakeholders with our data outputs? How do we get feedback from users about how to prioritize? What kinds of changes need to happen to our data to make it most useful for our stakeholders?”

The Secretary has been known retweet people on Twitter who are at events. This shows the Department’s focus on very personalized and focused engagements.

“On the data side we had some large companies that do a lot of moving of packages internationally. They came to us and said there are 7 or 9 different lists we have to comply with to make sure we don’t send American goods to bad guys. It’d be really helpful if we could find this all in one place,” said Kruger.

It turns out the consolidated screening list existed in one giant Excel file. But it was hard to find and use. “Commerce’s International Trade Administration transformed that Excel doc into an API. Now these large companies can pull in refreshed information daily. When people are added to and removed from the list they know in real-time,” said Kruger.

The Commerce Department has more than 30,000 datasets on the web. But not all users interact with the data in the same way. “We have a whole bunch of power users for specific datasets. Then there’s another set of folks who are users of our data, but don’t necessarily know it. They buy our data through a third party,” said Kruger. “We want to reach out to those folks, because we think we can lower costs for them to provide the data directly.”

There is also a latent user base that doesn’t access Commerce data, because there is a cost prohibitive nature to currently accessing it, but for whom it would make a big difference. “The local Chamber of Commerce might really want a whole bunch of our data around the export potential for Canada, but currently they’d have to go through a third party and buy that,” said Kruger. “We’re working on trying to get with those folks who would be engaged, and would be our customers and figure out how we make it open and available to them. You just can’t throw an Excel sheet up there.”

Reaching out to companies to use Commerce data is only half of the equation. The Department also has to be able to handle the requests effectively. “There are six million employer businesses in America. Even if I was on the phone every minute of every day, there’s no way I’m going to ever get to them all. You need a team that can think creatively around how do we make sure we are connecting with the right stakeholders, the right force multipliers, “ said Kruger. “But you also have to build a coalition internally around data. I would be flat out stupid to go into Census and start telling them how to do their job. They’ve been at the data business for 238 years – since the inception of the government. They know what they’re doing. Instead, my job is to build a coalition of folks to say here’s some feedback we’ve heard, how can we fit this within premise of what you’re doing? “

CONGRATULATION TO NEW YEAR. I WISH YOU ALL LEADERSHIP MEMBERS STAFF BLESSING IN 2015.GOOD DAY.THANK (U.S.A)

A Year of Technology Trends and Innovations

Watch Your Back: How to Prevent Insider Threats