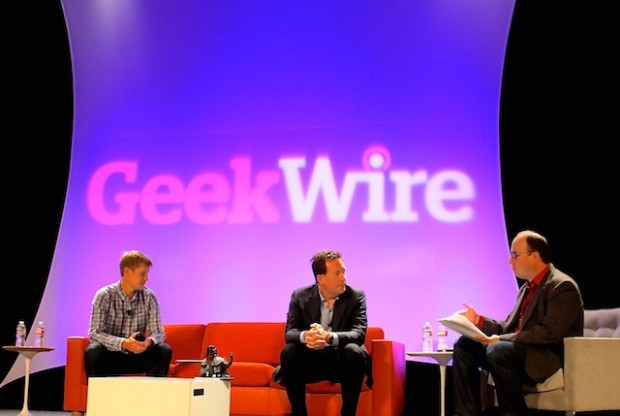 But up front: The Silicon Valley savior fallacy

There is an amazing love affair right now with Silicon Valley. It is easy to do — the Valley is the home to so much innovation… and wealth. It is awe inspiring.

That awe sometimes mutates into an idea: ‘If only Silicon Valley ran the world, the world would be much better.’ And that feeling is particularly palpable in government — and in Washington, DC, where there is so much frustration about a seeming inability to get things done.

There have been a few visible and notable examples of this Valley idolization. One came from Sen. John McCain (R-AZ), during the HealthCare.gov fiasco, when McCain suggested, “Send Air Force One out to Silicon Valley, load it up with smart people, bring them back to Washington and fix this problem,” he said.

More insidious was this post coming from FlipTheMedia during something called the GeekWire Summit 2014, at which then outgoing federal CIO Steve VanRoekel was one of the speakers. This from the post: How the US CIO Saved Tech in Government:

When VanRoekel sat down at his computer on his first day, he found Windows XP waiting for him, at which point the software was a decade old. But beyond dated software, he also found that our government, which once led in tech, had “lost its way.”

Culturally, technology was seen “as this very discretionary thing” that people used to print, check email, and call the help desk; disorganization ran rampant. The Department of Agriculture had 21 different email systems (21!). The department secretary couldn’t even send mail to his staff simultaneously. Oh, and guess how much this we-don’t-need-no-centralization-of-communication mentality cost the U.S. government? 500 million dollars, and that was only in one department. THAT IS CRAZY.

Luckily for Washington, VanRoekel proved up for the task of cleaning things up – as much as he could. He schooled people about the role tech has to play in communication, governing, strategy and even customer service. He helped develop foundational policies for cloud computing, cyber security and open data. And, most importantly, the Department of Agriculture now has one cloud based email system.

The insulting concept — that Washington should be lucky to be saved by the West Coast titians who can show the error of our ways — beguiles the facts… and the challenges. Frankly, the notion just seems preposterous. It seems tantamount people who say, “why don’t they just…” The fact is there are very smart people throughout government… and if it was simply a notion of ‘why don’t they just,’ it would have been done long ago.

There are many challenges facing government. (I was recently involved in a conversation about dress code for a conference and there was a big push, mostly from government people, to dress like they do in Silicon Valley. My simple comment: There are many things to mimick about Silicon Valley. I’m not sure I would start with the dress code. How about a procurement system that enables an organization to tap into a broad, diverse universe of contractors — and then buy it… quickly.

With all of that, five things about government that the Silicon Valley can’t fix:

Overall, government is being asked to do too much with too little.

There are solutions, but they are also challenging because most of them involve systemic change. Yes, government needs innovation. It is not because there aren’t smart people asking those same questions — frankly, very smart, thoughtful people. The question is how we get there.

I’ll close with comments from a very smart fed who has been toiling at making change for years — and often successfully. As we were chatting about this, this comment captured it:

The worst thing that happened in the past couple of years is the portrayal of federal employee as dead weight, people to be worked around instead of lifted up. West coast: smart, DC: dumb.

Keep Your City Running with Data and GIS

6 Tips for Tackling a New Challenge