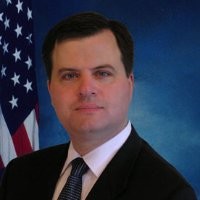 UPDATED with the official obituary.

I was awaiting the formal obituary, but… I’m heartbroken to report that Jeff Koch passed away over the weekend.

Koch served at the Office of Management and Budget and most recently was Deputy Assistant Secretary for Administration and Management at U.S. Department of Labor.

Koch passed away suddenly on November 3 after an unexpected complication of cancer, according to friends.

I will update this post with the official obituary when it is available, which will have viewing and funeral times.

But in the meantime, friends have created a GoFundMe page for Koch’s wife, Patty Stolnacker Koch. “The friends of Patty and Jeff have organized this gofundme for Patty – – not only to show our love, caring and support to this wonderful friend and mom-to-be, but to also to help relieve some of the many expenses of raising a child,” the page says.

JEFFREY WESCOTT KOCH passed away unexpectedly with his beloved wife by his side on November 3, 2018, after a courageous battle with liposarcoma. He was 55.

The son of Janice Park Koch and the late Franklin Wescott Koch, Jeff was born on May 6, 1963, in Plainfield, NJ. He graduated from Warrensburg High School in Warrensburg, Missouri in 1981 and received his Bachelor of Science degree in Electrical Engineering from the University of Missouri-Rolla in 1985.

In January 2017, Jeff was appointed Deputy Assistant Secretary for Administration and Management at U.S. Department of Labor. He previously held various appointed positions at the U.S. Department of Labor as well as the White House Office of Management and Budget, during which time he received a letter of commendation from President George W. Bush.

Between 1998 and 2002, Jeff served as chief of staff for his friend and fellow Eagle Scout, Rep. Pete Sessions. Prior to his time in Washington D.C., Jeff worked as an engineer at RF Monolithics, Inc. and E-Systems in the Dallas-Fort Worth area.

Jeff is survived by his wife of seven years, Patty Stolnacker, and his expected daughter, due in January. He is also survived by his mother, Janice Koch, of Rowlett, Texas; his sister, Jennifer Leigh Davenport, with husband Mark and children Bryce and Hannah, of Rockwall, Texas; his brother, Barry Franklin Koch, with wife Claudia and children Lara and Julie, of Ingolstadt, Germany; and his loyal friend, Lincoln. Jeff was an adored husband, son and brother, a beloved friend and confidante, and a tireless volunteer.

He was passionate about cycling, engineering, nature, and music. He made a lasting difference to every endeavor he pursued. Jeff brought his engineering acumen and sense of fun to everything he did, providing joy and lasting memories of Halloween haunted houses, Olympic festivities, and epic water slides to his Palisades neighborhood.

Koch was known for his passion and his humor. But he was also known for his work. In 2008, he was recognized with Federal Computer Week’s Fed 100 award. 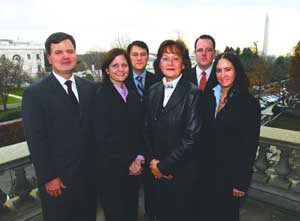 Office of Management and Budget

He cleared roadblocks to ensure that initiatives such as E-Payroll and E-Travel could mature.

“Jeff has provided unwavering leadership for the agencies with his management of the Internal Efficiency and Effectiveness E-Government portfolio,” said Karen Evans, OMB’s administrator for e-government and information technology.

“Jeff has ensured the milestones for each of the initiatives are met, and any obstacles in the way have been cleared.”

Agencies saved $508 million in 2007 from initiatives in Koch’s portfolio.

I will update this post with the obituary once it is available.