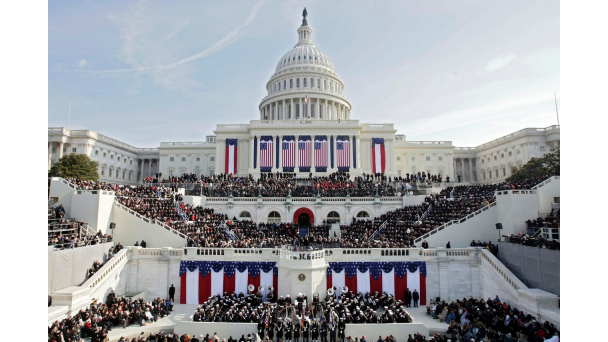 We have been through the new year and President Obama’s State of the Union. In the government world, it means eye are increasingly on the November elections — and, eventually, a new president. (It is 287 days to election day and 360 days to Inauguration Day, for those counting.)

For those of us who are passionate about helping government do its job better, these can be very frustrating times — and for a number of reasons. One is that government or Washington is used as a pseudonym for everything bad. But, ironically, candidates hardly mention what they would do to make government better. We are going to work to change that. 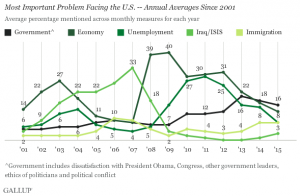 Gallop poll: Most important problems facing the US

The “government,” however people perceive it, is not popular these days, whether we like it or not. And there is much data out there: The Gallop poll found that people say the country’s number one problem this year — for the second year in a row — is… you got it: Government.  (H/T GovExec)

But fewer people find that they trust the federal government, a Pew Research survey found. In fact, only 19 percent of Americans say they can trust the federal government always or most of the time. Pew notes that is among the lowest levels in more than 50 years. (Yes, those numbers are bleak, but please read beyond those headlines because there are areas where people find that the government is doing good work.
And an earlier Gallop poll found that people believe the government is largely corrupt.  Gallup found that 75 percent of Americans perceived correction as widespread — and the percentage of Americanss who see corruption as pervasive has never been less than a majority in the past decade.  (In Sweden, the percentage of people who perceive their government as corrupt is 14 percent.) 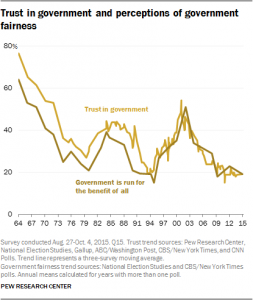 But as we well know, how candidates are going to manage government is a seemingly verboten topic during campaigns. Conventional thinking is that it is not an issue that drives votes. Given the above poll numbers, I’m not sure I fully agree with that, but…
Instead, we have candidates obsessed with porn watching feds… candidates offering up the foolish prospect that government problems can be fixed with a focus on waste, fraud and abuse… candidates quixotically targeting of the IRS without doing the real work of defining what the IRS should be doing. Former Florida Gov. Jeb Bush came the closest to talking about these issues in a July 2015 speech in which said he would overhaul the civil service system.
In my experience, this topic is not blue or red — both sides want government to be able to do its job effectively. There may be disagreements about how we get there, but nobody wants to deal with situations like Katrina… or HealthCare.gov.
At most agencies, work is well underway preparing transition documents — those big binders that discuss programs, define what they are, what has worked and what hasn’t. (How transformative would it be if those documents were made public — wow!) My sense is that agencies put a lot of time, energy and effort into those documents — and that we don’t get a return on that investment.
Unfortunately the important work of creating recommendations about a management agenda is largely left to good government groups. Some of those include:
And there are others who do interesting writing on this topic. David Paschane, an organizational architect and the CEO of Aplin Partners, has written a piece headlined, I Help Organize The Government, So I’m Treating 2016 Like A Job Interview. Here Are My Questions.

Creating a ‘government that works’ platform

Mr. Dorobek, How do I respond to you to join the conversation. I am Independent not-partisan candidate for US Senator from Illinois. Google my name for perspective. I look forward to our introspective conversation.