Back in 1967, the Beatles released, Sgt. Pepper’s Lonely Hearts Club Band which featured the song, “With a Little Help From My Friends.” The song could easily be the mantra of the NASCIO Raising the Bar Conference. 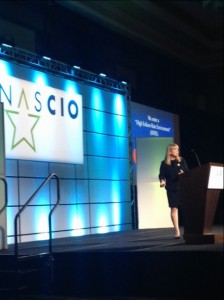 The annual summit brings together Chief Information Officers from across the country and their deputies. The ability to grow and anticipate change was the subject of keynote Rebecca Costa’s presentation. Costa, a sociobiologist and author of The Watchman’s Rattle: A Radical New Theory of Collapse, discovered that government is dealing with an unprecedented amount of complexity and it is that complexity that is crippling governments ability to progress.

“When complexity races ahead of the brain’s ability to understand it we get gridlock,” said Costa, “We know what our most dangerous threats are, but we can’t take action, so we pass those challenges from one administration to another. Complexity causes us to become bad pickers.”

Getting Rid of Gridlock

The slow pace of government also contributes to the complexity problem because most of the challenges are not immediate. Our brain are wired to think we always  have more time. Or think of it this way: if you were to throw a snake into a closed office the threat is immediate. Your pulse spikes, you nervously sweat. There is a physiological reaction to the problem. “Studies show that if you put sensors on a person and show them them images of climate changes over the next 30 years, their pulse doesn’t spike. They don’t sweat. They have no physiological reaction to the stress. Therefore there is no immediate impetus to change the way we live to save the environment. Since government deals with long-term problems it can be almost impossible to create the emotional investment needed to make signifiant changes.”

The only way to make the situation immediate, is to make the problems small enough to tackle quickly. Governments need to be agile and they need to adapt. 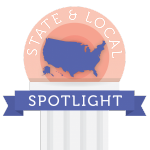 Agility is the Key

Unlike any other organism on the planet, humans understand the importance of tomorrow. “The highest instrument of our genetic inheritance is our ability to preview future consequences, then act in the present to shape outcomes – we are able to get rid of a danger before it happens,” said Costa.

Take Dole foods for example, the company has provided its farmers across the world with access to mobile devices. The result has been improved food and distribution. “A farmer in Venezuela can now send an alert to Dole scientist that humidity has risen 2 percent. The scientist can tell the farmer to add a drop of calcium to their water to help starve off an increase in bacteria. The plant is saved and Dole saves money.” Data and technology can be used to save time and money.

If you consider that now we create as much information in two days as we did since the dawn of civilization in 2003, you know that there can be solutions in the data. We just have to find a way to harness its power.

*I will be at NASCIO all week. Let me know if you have any questions you want me to ask state CIO’s. What is on your biggest challenge list?

Will the Next President Embrace IT?

How to Improve Application Performance