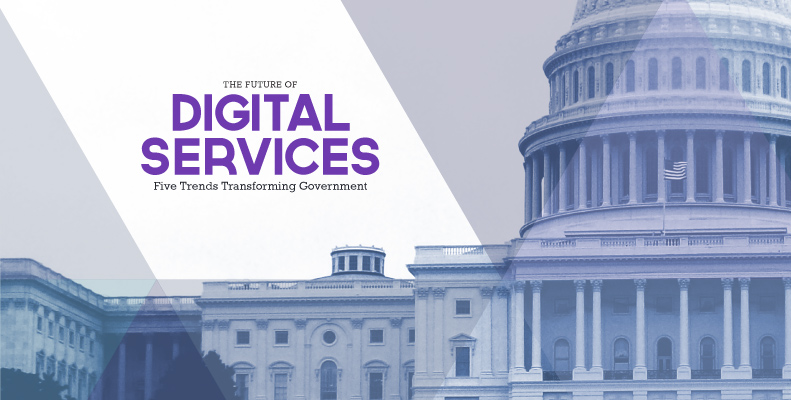 This post is an excerpt from GovLoop’s recent guide, The Future of Digital Services. In the guide, we explore five trends that are transforming the way government serves citizens in the digital age.

In May 2012, President Obama issued a Presidential Memorandum calling on agencies to “build a 21st century digital government that delivers better digital services to the American people.” Along with that memorandum, the Office of the Federal Chief Information Officer released a 12-month strategy to jump-start a digital transformation of government services.

Nearly three years later, the federal government has put even greater resources behind the effort. Most notably, it’s created two new departments — 18F and the U.S. Digital Service (USDS) — to aid other agencies in the transition to digital.

18F. Named after the agency’s location on 18th and F St. NW this tech startup is the pilot brainchild of the General Services Administration (GSA). According to its website, “18F builds effective, user-centric digital services focused on the interaction between government and the people and businesses it serves.” The key word in that statement is “builds.” Instead of offering guidance to agencies, the team of technologists comprising 18F actually provides the ideas, coding, and execution for various digital services initiatives across government agencies.

U.S. Digital Service. The White House announced in August 2014 that it was launching USDS, to be housed within the Office of Management and Budget. The selection of Mikey Dickerson, an engineer who played a key role in revamping HealthCare.gov, to lead USDS hinted at the motivation of the new service. It will provide consultative services and, according to the White House, “work to find solutions to management challenges that can prevent progress in [information technology] delivery.”

Executive Order 13642. President Obama’s mandate of “Making Open and Machine Readable the New Default for Government Information” was a clear call to digitally transform government. It also required the Office of Management and Budget (OMB) to craft a more explicit and actionable open data policy, eventually launched as Project Open Data, in collaboration with the Federal CIO.

New CAP Goals. In March 2014, the White House revamped its list of CAP goals. While three former goals remained on the list, many of the new additions, including customer service, smarter IT delivery, open data, and shared services, called on agencies to review the way they deliver services to the public.

Not to be left out, Congress is also taking action through the dual approach of enacting legislation and forming internal cohorts to bolster digital initiatives.

DATA Act. Both the House and Senate approved this amendment to the Federal Funding Accountability and Transparency Act in May 2014. The addition became the first federal law to mandate standardized data transparency, requiring all government bodies to publish any data related to federal spending in a standardized, digital format. The Treasury Department and OMB are now developing that format, so that agencies can begin publishing more easily scrutinized accounts of their spending. To further increase access, all data will be made available to the public through a single portal.

Bulk Data Task Force. Created by the 2012 House appropriations bill, the Bulk Data Task Force is an “internal task force to expedite the process of making public information available to the public.” While the group of representatives from House leadership, Library of Congress, and Government Printing Office was not mandated to exclusively focus on digital services, most of the resultant initiatives have placed more information online for public access. For example, the group is spearheading the Amendment Impact Program, which will show in an accessible online portal how a potential amendment could affect a bill and the law. It has also solicited pledges from the House and Senate to begin placing all legislation online in bulk Extensible Markup Language (XML) format for easy consumption.

And in case you thought state and local governments were letting feds lead the way, think again. More and more, we’re seeing all levels of government create positions dedicated to digital transformation.

Chief Digital Officers. Dedicated executives provide the oversight necessary to execute digital initiatives and also serve as advocates for those projects. Boston hired its first Chief Digital Officer (CDO) in 2014, while New York City has maintained the position since 2011. At the state level, Rhode Island, North Carolina, and New York have also hired CDOs to lead the digital charge.

Of course, the goals and resources the government created are just the beginning of the digital transition. Throughout our guide, The Future of Digital Services, you’ll see how every level of government is answering the mandate to change by creating innovative digital services.

Link embedded in last paragraph is broken. Looks like it should not have “the” in it.