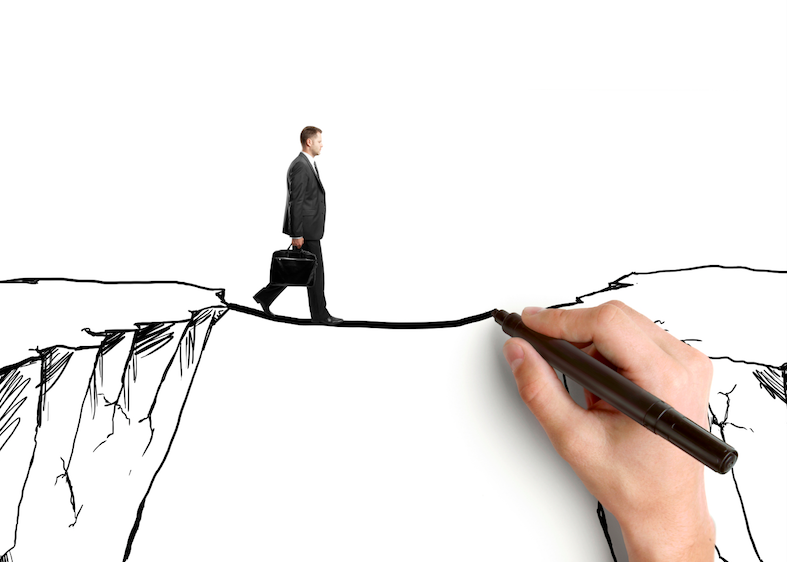 It’s a fun time to be in government. A mix of rapidly growing technology, increased citizen demands, and a push to be more efficient has government agencies across the globe making changes.

Topics and technology that were just an idea a few years ago are starting to gain traction. You see this in a range of places and themes and topics as hundreds of agencies are rolling out open data plans and portals. Agencies adopting new agile development processes and human-centered design.

One issue that many agencies run into with these new initiatives is crossing the chasm. According to Geoffrey Moore’s framework, these initiatives do a great job of getting the first innovators and even the early adopter employees on-board. For example, with open data, it often starts with one or two innovators selling the concept of open data. A few early adopters get on board and the city may nominate a Chief Data Officer, get an open data policy passed, and even have a 5-person open data steering community. But realistically they have 20-25 employees bought into the concept – how do they reach the other 500 to 5,000 in their agency (the early majority and late majority)? And for these new initiatives to stick and have staying power, they need to be incorporated into the mainstream.

Luckily for you, I have an answer.

And it’s a simple answer: training.

You might be rolling your eyes right now. Ugh, who needs training? And maybe you even have an image in your mind of a droning Buehler on stage. Or a page-turner online course that looks like it’s designed in 1982.

But it doesn’t have to be that way.

Think about these two examples of rolling out a priority project:

-Open Data Program – when rolling out their open data strategy internally, an agency created a highly selective program where they selected 100 city employees to go through an intensive 6-week social learning course with guest speakers from the city and the world culminating in a final project action plan of how they plan to incorporate open data in their agency.

-Agile Development for Government – a new CIO really wants to push agile development in their agencies both with their vendors and with their project manages. Therefore a CIO launched Agile Development Week. During this week, he hosted a series of in-person workshops and online video training (quick 10 or 3 minute sessions) and an agile challenge. All actions were tracked and anyone with more than two activities got an “X agency Agile Certified” certificate.

As you think through your next big initiative, make training a key part of your outreach and change management strategy. Training is one of the biggest levers you have in terms of driving the behavior and adoption you want.

Deep-down every government employee wants to grow in their career and sharpen their skills. If you provide great learning experiences with personal incentivizes, you’ll find much more excitement around new approaches.

P.S. If you are interested in creating compelling learning experiences at your agency, let me know (steve at govloop dot com) – we have a team of learning experts at GovLoop that’d love to help.

Thanks for sharing, Steve, I think the diffusion of innovation model is a great starting point for self-assessment, and it’s got great intuitive appeal. The training ideas you mentioned are much more digestible than the stale CBT many of us have been accustomed to in government, but I think the idea of integrating training with other performance interventions (like the incentives you mentioned) is an even more powerful idea.