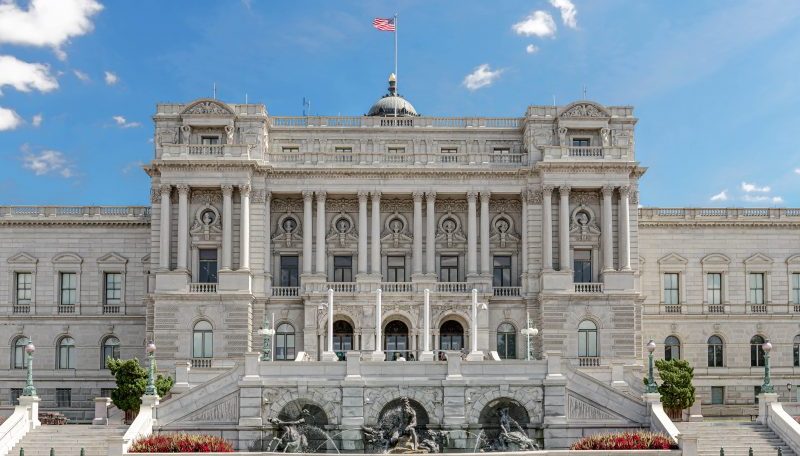 From live music to movie theaters, the COVID-19 pandemic has derailed many cultural institutions. But the Library of Congress (LOC) isn’t one of them. Rather than give up, LOC has evolved so it can keep serving the public during this crisis.

While the coronavirus continues to test agencies, LOC also illustrates how they can shift focus during these difficult times. Using its patrons as a guide, LOC is now making the most of its digital transformation.

This interview was lightly edited for length and clarity.

ZWAARD: This has been a huge amount of work for the past couple of months and something that we’ve focused on.

First, our National Book Festival will be online only for the first time in its history. It’s been happening for 20 years in Washington, D.C., first on the National Mall, and then at the Walter E. Washington Convention Center. It’s an exciting opportunity to rethink the festival experience for a digital landscape, which is completely different than having families on the floor of the Convention Center.

We also have a large program of interns that we host every year called our Junior Fellows Program. They’re incredible people who do original research. Traditionally, that has been held at LOC, and this year it’s being held completely digitally. In many cases, we rethought the project. The fellows needed to be re-homed in different areas for sponsorship. It was thinking about how they can collaborate and work together in a digital way. And once the program ends, they have a display day. What does a display day look like if it’s not monitors and posters, but it’s online? You want to encourage the conversation and discovery that can happen in this digital space.

We’ve also been thinking about how to use this opportunity to increase literacy for library staff. This has been one of the most digitally literate organizations I’ve ever worked for. But there are always things you can learn and can lead you to expand your practice. We’ve been hosting a few learning groups, workshops and staff innovator programs. They’re driven by interest and knowledge. We’ve been putting out calls for new talks and workshops from staff throughout the library to talk about their areas of practice and things that they’ve learned that they can share with other people. It’s the first time we’ve held something like this, and we found that because we’re only asking for 15 minutes of people’s time, we can do lightning talk participation and times, as opposed to if we did it on campus. Before, the amount of time invested to go somewhere presented a disincentive.

What impact has LOC’s digital transformation had on citizens?

ZWAARD: Everything we do is with the user in mind. They’re the shining sun of our solar system. A lot of what we do starts with the user. We do extensive user research and outreach. All these programs are geared to inspire and delight the American public.

SLAYTON: During the pandemic’s early days, LOC quickly realized that lots of in-person programming could be transitioned into a digital space. We decided early on to focus our efforts on an outreach mechanism around the concept of engagement. And so, we launched loc.gov/engage/. It includes content for different audiences, particularly paying close attention to young children, teenagers and young adults. As part of that, we launched a couple different series.

The first series was with Dav Pilkey, the author of the Captain Underpants children’s book series and the Dog Man children’s graphic novel series. He has a rabid following with young children and families. He’s worked with LOC to create a series of videos that are on our website and we’re promoting on social media. The videos aim to engage young children to be excited about reading. His work is fun. He’s not only doing traditional readings with children, he’s also doing some art-related work where they can learn and draw characters such as Dog Man. Additionally, he’s talking about his influences, his experiences and what inspired him as an author. But it’s all geared towards the younger set.

Then we have Jason Reynolds, who is LOC’s National Ambassador for Young People’s Literature. He created a video series that’s targeting middle schoolers and high schoolers to encourage them to become writers. The series is called “Write, Right, Rite.” It inspires them by using some of the same inspirations Jason had as a young man to become an avid reader and an author.

Both programs have been very successful. And we’re including lots of new content on our engagement page to give parents opportunities to find resources and exciting content for their children that is educational while it’s entertaining.

Beyond that, we’re being nimble around topics. LOC recently did a series called “Hear You, Hear Me,” which are conversations on race in America. These are opportunities for LOC to use the resources and collections that we have and the space that we offer to be relevant to multiple audiences, particularly during the pandemic. We’re doing concert series online and we’re doing original works of art and music that have been commissioned by LOC that are associated with the pandemic.

And we’re ramping up the collection around these issues too. We know this is going to be a period that people are going to look back on and want to remember from multiple angles. So LOC is very active in that collection space too.

What challenges has digital transformation presented LOC, and what best practices can you share for overcoming them?

ZWAARD: In terms of challenges, there’s the sheer scale for us. We’re the largest library that has ever existed on Earth, which I think is cool. But when people ask me questions like, ‘When are you going to digitize the LOC?’ it’s hard to imagine the scale of investment necessary to do that.

So, what we have in common with other agencies and cultural heritage organizations is also compounded by the sheer scale of our collections and offerings. And what we can do to overcome that challenge is to have patience while also thinking creatively and changing our culture.

One of the things we’ve been exploring is how machine learning and artificial intelligence (AI) might apply to the library’s collections, services and materials. But at the same time, we must take ethical concerns seriously, because these are cultural heritage materials. They’re memories and stories, and there are lives behind them. We want to make sure that any big technology rollout we do is within the values of our profession and our agency. There’s a ton of unknowns. The future of the digital landscape is more important than ever.

Another thing that I like to think about is how federal agencies move slow. I think that’s a strength for us. We move carefully instead of moving fast and breaking things. The things that we hold in trust for the American people are too precious to break. We’re deliberative about adopting new technology while having a long-term view. And I think that’s a lovely way of working.

What Is Government’s Responsibility?