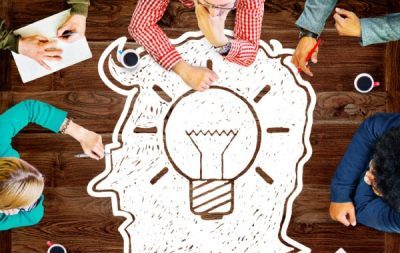 Regardless of how great of a player you are, it takes a team to be successful. The team mentality is discussed in a new report, by the Partnership for Public Service and Booz Allen Hamilton, Innovation is a Contract Sport: Ways that agencies can achieve innovative outcomes through acquisitions. The most successful innovation stories include teamwork by experts across government and private industry.

Ron Sanders, Vice President and Fellow with Booz Allen Hamilton, sat down with Christopher Dorobek on the DorobekINSIDER program to discuss the reports’ major findings.

“Government is innovative and we’ve learned that the things they do to be so innovative can be practiced and imported to various agencies-in almost anything they do,” Sanders said.

The team found that there was a fundamental need for collaboration among various parties. Success consists of government working with contractors, academics, grantees, and the private sector. However, there are two key elements that must be present in these relationships, both from a cultural and a structural standpoint.

Structurally, government needs to alter its approach to acquisitions and contracts. Sometimes, government has been known to get caught up in the acquisition vehicles and rules. “Acquisition is very rule-bound in government,” Sanders stated. The report spoke of an example where a contractor explained an agency’s contract requirements, which stated the specific outcome they wanted and the way the contractor would achieve it (along with how many contractors would be needed to accomplish the task). And when the contractor explained that he could accomplish the task at a lower cost than what was stated in the contract he lost the bid. Sanders shared that this story and other findings led the team to stumble upon the notion of ‘fast failure.’

Fast failing is actually a preventive measure. In fact, agencies that incorporate fast failure will be better prepared in the long run. Fast failure, in modular contracting, allows all parties to “fail small so that any given failure will not unravel the whole effort and can be, instead, treated as a learning experience,” Sanders highlighted. However, this sort of acceptance can only come with the support of leadership.

Culturally, government leaders need to adopt a risk tolerant environment. “The single most important thing we heard from acquisition professionals is that it takes leadership to advocate for innovation. Leaders have to say they want innovation in the requirements and they want innovation in the solutions,” Sanders said. Otherwise, we will continue to see low numbers in areas such as federal employees’ views on whether or not creativity and innovation are rewarded (please refer to OPM’s 2015 Federal Employee Viewpoint Survey). Leaders need to make sure that their employees understand that they have their support and that failure is a part of the overall innovative process. They should show that “the down side of failure far outweighs the upside of doing well,” Sanders suggested.

In the end, “government can’t do its job anymore, whether it is research and development or back-office services, without contract support. Therefore, you want everybody to be thinking about innovation,” Sanders stated. Which is why the Partnership for Public Service and Booz Allen Hamilton are looking to further incentivize government to innovate by creating a different version of the Partnership’s Service to America Medals (the Sammies). Hopefully, this will continue to show that “innovation is not the exception to the rule. It is out there. Others just need to find it and reveal it to the world,” Sanders said.

If you tell a contractor what you want and give them a performance spec but then tell them how to do it you take on much more risk instead of lowering the risk. If a contractor does something the way you tell them to do it and then it goes wrong then they can say, “I did what you said and it didn’t work out, therefore it’s your fault.” Whereas if you say this is what I want and this is how it will be measured and let the contractor fulfill that in whichever way they choose, then if it doesn’t meet the spec then you can reject it until it does. BTW, I learned that from the folks in our construction office who told me I shouldn’t tell the contractor how to do things because it would stifle innovation. Their philosophy was to let the contractor figure out the most efficient way of doing things and we would get lower prices in a competitive market.

Tips for Becoming a Senior Leader in Government