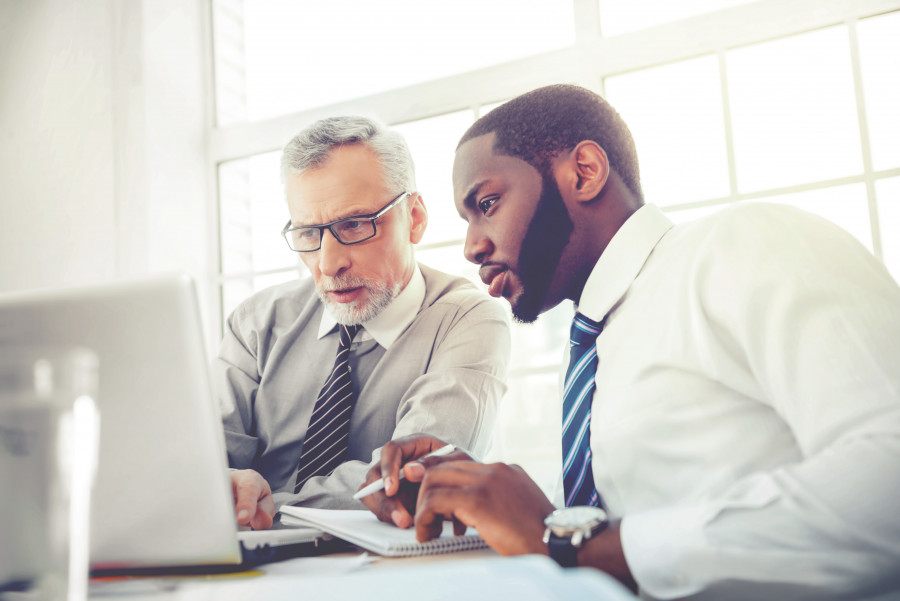 Traun Woodard, a former military member, has already made multiple career transitions within the federal government. Each position and office has introduced him to different coworkers, work styles and workplace cultures, but throughout his career, he has been aided and propelled by the advice of his mentors.

First 5 sat down with Woodard, now a Conference Control Specialist at the Food and Drug Administration (FDA), to learn about the mentors that fueled his career in public service, and the important pieces of advice that he has absorbed while working in government.

Woodard began his career as an enlisted member of the military, but he explained, “Public service wasn’t something I thought about until somebody put the bug in my ear to go for it.” After six years in the military, his family, some of whom were retired federal employees, suggested he look into joining a federal agency. Veteran’s preference in the hiring process helps ex-military members like Woodard join the civil service. Following the advice of his mentors, he applied and was hired for a position at the State Department, where he worked for eight years.

The transition from being a military member to a civil servant wasn’t always easy for Woodard, because he had to grasp new terminology and new organizational cultures. He constantly needed to learn from his colleagues, who came from diverse backgrounds. However, the relationships he developed within the organization helped him understand the valuable and specialized skillsets needed to succeed at the agency. Woodard even had the opportunity to become a mentor for other young civil servants.

Woodard found his former boss to be a powerful mentor and his biggest cheerleader during his tenure at the State Department, because he always encouraged Woodard’s growth and development. Since his former boss recognized Woodard’s talent and potential, he also pushed him to explore new positions in government. After applying to different positions for years that fit his qualifications, Woodard finally landed his current position at the FDA in 2016.

Even the skills and knowledge he gained at the State Department from completing more administrative tasks or manual labor turned out to be extremely valuable in his current role as a Conference Control Specialist. At the FDA, Woodard is responsible for setting up logistics for meetings, trainings and room requests at the agency.

Woodard has enjoyed being on both sides of the mentor/ mentee relationship because, as he explained, “I was always taught to help out the next person, so I always look for ways to help out others the best I can.” Woodard has found that being honest, friendly and communicative with mentees can help government employees develop strong mentor/mentee relationships. It is important for mentors to be able to give good, professional advice to mentees, but having a more casual relationship with millennials can also help foster development.

In particular, he highlighted three key pieces of wisdom for millennials that he has also employed in his own career:

The military, the State Department and the FDA all have different cultures, according to Woodard, but the advice from his family peers, and superiors allowed him to make seamless transitions between positions. Mentors can be powerful sources of information for millennials. That’s why younger govies should be sure to use the advice they receive from their peers and more experienced colleagues to help propel their careers.

I enjoyed reading this article and the take home message!

Definitely a great article. I enjoyed reading it also

Making the Most of Critical Conversations