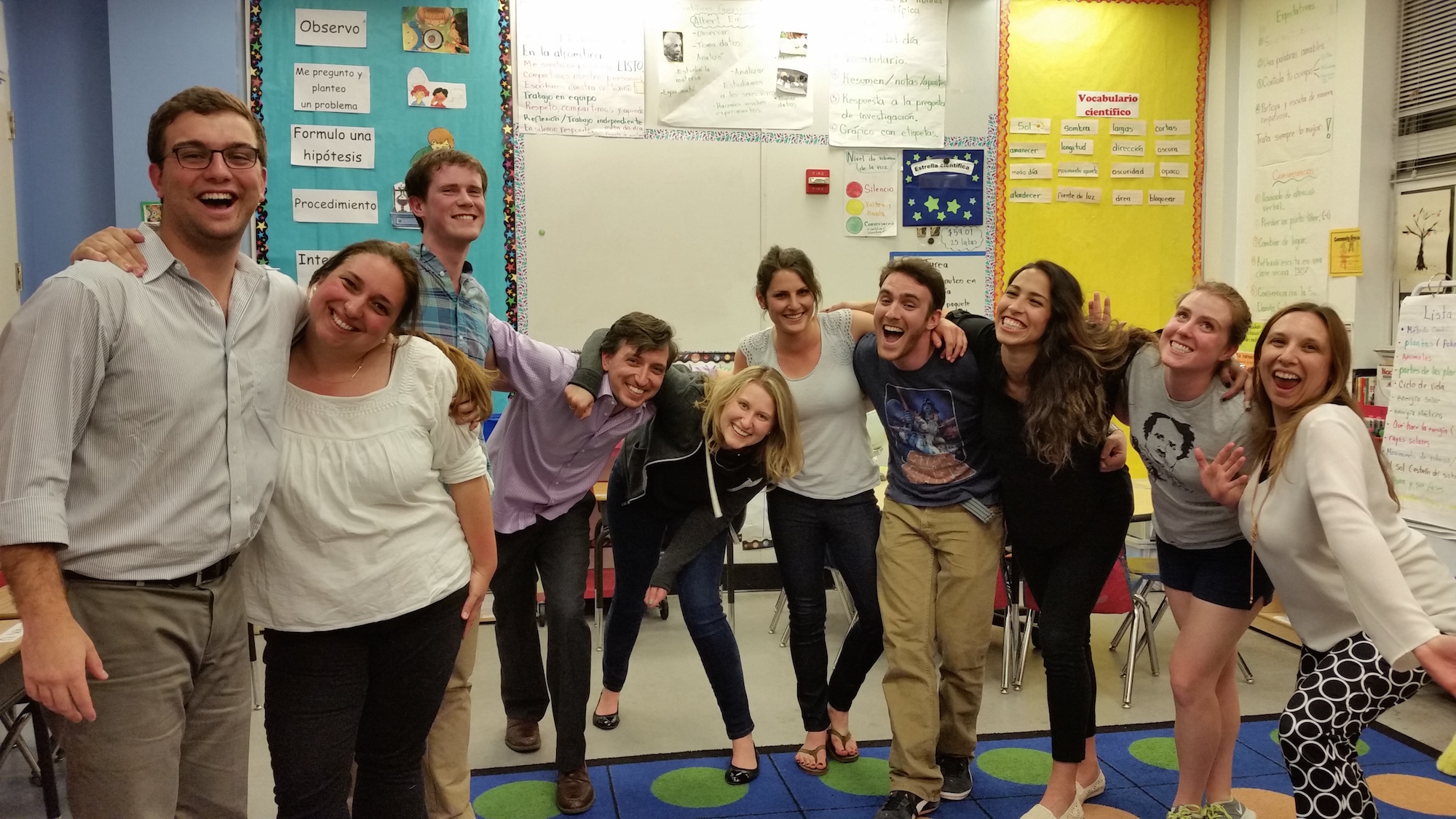 Last night, I sat on the floor pretending to be a sheep. No, that is not the punch line to a horrible joke. It is my life. Well, my life recently.

You see, eight weeks ago, I embarked on a transformative experience. I entered the world of the uninhibited, the unplanned, the unhindered – the world of improv. And somehow that meant rolling around on the floor pretending to be a sheep. It happened and I am oddly proud of it.

For me, jumping into improv is sorta like jumping out of an airplane, without a parachute, in the middle of the night, with a spotlight focused on your perilous decent. All eyes are watching you as you fall through the atmosphere – grasping at the wind. It’s terrifying, it’s liberating and it’s just a bit of reckless fun. Improv at its most basic level is about embracing unpredictability.

No one who has ever met me would call me shy. In fact, per the personality identifier – Strengthfinder – I am a WOO. A WOO is dedicated to winning others over, basically I am determined to get people to be my best friends. And I will talk your ear off until it happens. No seriously. This is your PSA. Consider yourself warned.

The need to be liked can be crippling in improv. It is hard to say the first thing that comes to mind when you are constantly worried about how others around you will react. Will they think you are funny? Do they get the joke? Did you leave accidentally someone out? Did you sound smart enough? What if you look silly?

The only way to be successful in improv is to trust your instincts. Go with your gut. And believe that it will work out. You have to be brave, vulnerable and trust those around you. Three traits that are essential for work life too.

The very first thing you learn in improv is to say yes. If someone tells you that you are urban camping in downtown Detroit, you say yes. If someone mentions you are cartographers exploring the forest like Lewis and Clark, you say yes. And you even say yes if someone tells they fell in love with you as a clown and you are destroying your marriage because of your new love of magic. (These are all real scenarios explored during my inprov class. Things get decidedly weird.)

You get the point – you always say yes. But do you know what is the scariest word in the English language? If the answer wasn’t obvious, it’s yes. Yes is scary because it implies endless possibilities and responsibilities. Saying yes means you are invested in the outcome. Saying yes makes you accountable and actionable. And most importantly saying yes means you have to be brave enough to follow through.

Vulnerability Is Not Weakness

Happiness, sadness, anger and fear make up the four main emotions in improv. Sure there are many more emotions, but for beginners like myself, we focus on the core four. And let me tell you those four are dooseys.

During one especially difficult exercise, we heightened each emotion one step at a time. Picture 12 young adults walking around a classroom displaying emotions on a scale from one to ten. As you can imagine a ten on the sadness scale is… well… for lack of a better term, it is exposing.

In order to be really sad, to really feel the emotion you have to put your whole self into it. You have to feel the emotion. And I don’t know about you, but in order for me to be truly emotional I have to be vulnerable. To achieve heightened emotions you can’t erect walls. You can’t keep yourself and your feelings safe. You have to let go.

In the office, we often shun vulnerability. You don’t want to look weak, confused, unprepared or even disappointed. But often the best way to make progress is to admit when there is a problem, to ask for help, to say you made a mistake.

But being vulnerable doesn’t mean you are weak, in fact it is the opposite. Being vulnerable means that you care enough about a project to open yourself up. To ask questions. To be honest. To be vulnerable is one of the bravest things you can do.

Improv scenes are structured very simply. Our group stands in a line along the back of the stage. Then two people – any two people – take that brave step forward and start a scene.

Improv is built on trust – on a belief that at the end of the day, this group has your back. Offices function on trust as well. But trust goes both ways. You can’t demand trust from your colleagues, but not hold yourself accountable.

You have to trust that everyone will do the work, or admit they need help. Obviously there are exceptions to every rule, but without trust an office can’t function.

What I couldn’t have known then, was that improv is far less about preparing you for when things go wrong, but much more about trusting yourself to lean in when things go right. To ask questions, to be vulnerable and strong – and most importantly to say yes.

So to my instructor, and my fellow improv nubies – thank you for letting me be my weird, brave and determined self. I learned more from you than I could have imagined. 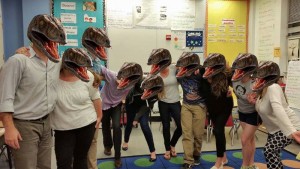 i LOVE this post, Emily!! awesome, funny, and super inspiring! so glad improv was such a great experience for you!