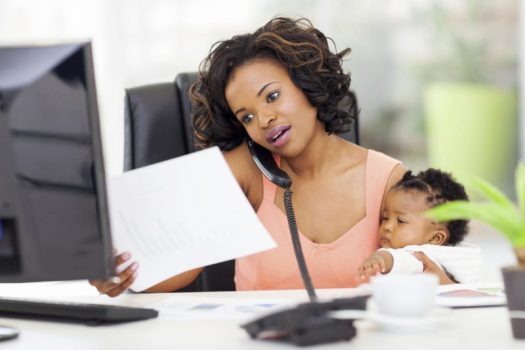 Is it better for women in the private sector?

That was the question posed by a young govie to GovLoop’s CEO Steve Ressler at a recent event. It’s a simple question, but unfortunately the answer is not so straightforward.

First, comparing the private sector to the entire public sector is like comparing 12 kinds of apples to 18 kinds of oranges. Both sectors are diverse, segmented, and regulated by myriad, divergent laws.

Second, what makes a place “better for women”? Actually, there are a number of policies and procedures that can undeniably make a workplace more gender-sensitive and welcoming. Here, the trouble isn’t the clarity, but the enormity, of the question.

Nevertheless, I wanted to take a stab at it, because I imagine there are a number of women out there wondering the same thing. I am, too. So today, let’s start with paternity leave. (Don’t worry, I’ll compare other issues in future posts.)

Providing new parents—either through birth, surrogacy, or adoption—the time to care for their newborn without fear of financial detriment or job loss is a crucial first step to ensuring women can balance their personal life and succeed professionally. (To better understand why, you can read this report from the Human Rights Watch.)

So how does government stack up to private industry maternity leave? Well, let’s just see.

But first, a little context.
You should know that there is no federal law requiring organizations to offer paid maternity leave. The Family and Medical Leave Act (FMLA) grants up to 12 weeks of unpaid leave every year, but it only applies to full-time workers at companies with 50 or more employees. Paid leave is entirely voluntary.

That makes the United States one of only two countries in the entire world (New Guinea being the other) that doesn’t offer legally protected, partially paid time off for working women.

Three states—California, New Jersey, and Rhode Island—have enacted their own legislation to provide income protections, but their efforts obviously don’t cover nearly as many women as a federal regulation would.

On the Hill, some legislators are trying to remedy the situation. Senator Kirsten Gillibrand (D-NY) proposed the Family Act in 2013. If passed, it would require employers at any organization to offer new parents three months of paid leave at 66 percent of their salary. However, the bill has been stalled for more than a year.

In the meantime, it’s up to individual organizations—government or private—to determine the amount of paid leave for its employees.

Here’s how it is in gov.
Federal workers are authorized to receive up to six weeks of paid parental leave, according to a Presidential Memorandum signed by President Obama in January 2015. That authorization isn’t equivalent to a regulatory requirement, however.

Rep. Carolyn Maloney (D-NY) followed the memo by proposing the Federal Employee Paid Parental Leave Act, which would also grant six weeks of paid leave for male or female feds. However, govtrack.us puts the chances of the Act passing at only one percent.

As mentioned, three states do mandate paid leave for their entire territory. Three other states—Illinois, Ohio, and Virginia—offer paid leave to their own government employees. The National Partnership for Women & Families offers a state-by-state summary of state laws to help new parents.

On the local level, Boston, MA is the most recent city to offer paid paternal leave to its employees, giving up to 6 weeks to parents with over a year tenure, after the birth or adoption of a child. Employees receive 100 percent of their pay for the first 2 weeks; 75 percent for weeks 3 and 4; and 50 percent for weeks 5 and 6.

Yet even with this progress, the majority of public sector employees are not guaranteed paid parental leave.

Sure, there are a few companies with stellar paternity leave packages. Silicon Valley companies like Google (which offers three months for mothers and 3 for fathers) and Facebook (4 months for everyone) are especially known for offering robust paid leave. However, these major corporations are more the exception than the rule.

According to the Bureau of Labor Statistics, only 12 percent of workers have paid family leave benefits. That number is even lower—only five percent—for low-wage and part-time workers.

Who’s the winner?
So who wins in the battle for providing the best parental leave protections? To me, there are two answers to that question.

Here’s the first answer: It depends—on who you are or, more accurately, what kind of job you’re going to take.

If you have the skills and experience to take on a full-time, medium to high wage role within a private company, that’s probably your best bet. Even if the organization doesn’t offer a standard maternity benefits package, you’ll likely have more room to negotiate a paid parental package.

However, if you are just starting out and if you reside in a state or municipality that offers paid leave to all of its employees, you may find better benefits in a government role. Those are both big “ifs”, though.

Here’s the second answer: No one. With paid leave policies left entirely to the discretion of individual organizations, there is no clear best option. Neither the public nor private sector guarantee the support new parents, especially new mothers, require to remain professionally successful. Hopefully, government innovators like the city of Boston, the state of Illinois, and even the President will set an example that others, in both sectors, will follow.

[…] the recent post, I mentioned that one lady govie asked where women had it better – in the private or the public […]

How Do You Design and Develop Practical Training Fast and Efficiently?

Measuring the Drapes Before Getting to the Office