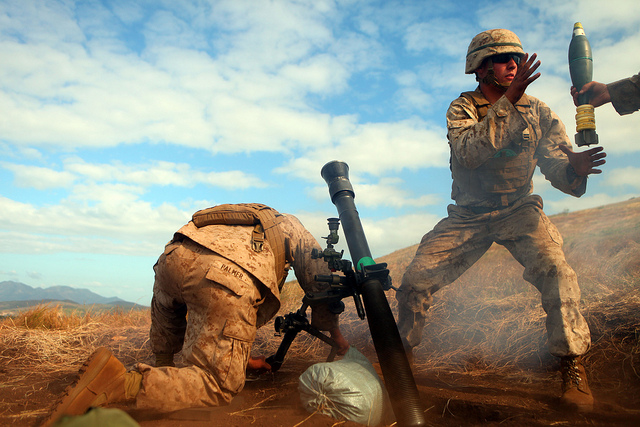 This blog post is an excerpt from GovLoop’s recent guide DoD in Transition. Download the full guide here.

During World War II, DoD had more than 8.3 million personnel. By the end of the decade, officials hope to halve that number. As the battlefield transforms, so too does the department. The technological, fiscal, and workforce challenges of tomorrow loom large, but the department is taking steps to ready itself to protect the homeland for years to come.

Cybersecurity and the cloud are changing how the government operates. Currently, DoD spends tens of millions of dollars every year cleaning up after cyber breaches. Defensive lapses such as poor user behavior and failure to apply software cause more than 80 percent of those breaches.

To fix those gaps, DoD is investing in training. The DoD Cybersecurity Culture and Compliance Initiative (DC3I) is billed as an effort to “transform DoD cybersecurity culture.”

As these technologies emerge, so too will the ways in which they are acquired. In March 2016, the Army’s Inspector General launched an audit to look at how the service is managing the Armored Multi-Purpose Vehicle acquisition program. Through the audit process, the IG hopes to find recommendations for how to improve the speed and efficiency of acquisitions of new technologies such as the vehicles.

Technologies have the power to radically transform the way DoD looks, but making sure the workforce knows how to buy these products and use them securely is a priority for the department.

To take full advantage of all the capabilities these new technologies allow, DoD requires a workforce that is properly recruited, trained and used. To jumpstart the workforce changes, the Office of the Secretary of Defense under Carter and Brad Carson, former Senior Adviser to the Undersecretary of Defense for Personnel and Readiness, created the Force of the Future Initiative.

“The Secretary’s been announcing these changes in waves and he has already made some significant improvements, but there’s going to be a lot of really good ideas that emerge during the Force of the Future implementation process that are going to fall to future Secretaries to tackle,” Marcuse said. Some of the changes that have been implemented include increasing paid maternity leave to 12 weeks, more than double the previously allotted time.

However, paid maternity leave is just the first step. The Force of the Future initiative aims to change the way that DoD promotes and trains employees. “Right now, you can be the best fighter pilot in the world and you’re not going do that for even a major part of your career,” Lt. Gen. Barno said. “You’re going to do four to five other jobs, some of which don’t have anything to do with what your skills and attributes are. The current structure doesn’t have permeability.”

Carson believes that these changes to the personnel system, while difficult, are the only way to achieve true force readiness in the future. Congress would need to approve the legislation to put it into effect.

The Goldwater-Nichols Act ushered in a new era of defense in 1986, but 30 years later, Carter is calling for an upgrade. In April 2016, he called for clarifying the role and authority of the Chairman of the Joint Chiefs of Staff, adapting combatant commands to new functions, streamlining acquisition, and making changes to joint personnel management.

While unveiling his proposal at a CSIS event, Carter explained why now is the time for change: “Instead of the Cold War and one clear threat, we face a security environment that’s dramatically different from the last quarter-century.” In some cases, he said, the “pendulum between service equities and jointness may have swung too far,” such as not involving the service chiefs enough in acquisition decision-making and accountability. “It’s time that we consider practical updates to this critical organizational framework, while still preserving its spirit and intent,” he said.

In addition to changing the management structure, Carter is also working on innovation reforms he calls the Third U.S. Offset Strategy. The strategy is an ambitious department wide effort to identify and invest in innovative ways to sustain and advance America’s military dominance in the 21st century.

The strategy is focused in three key areas:

Preparing for the future, Carter is funding these innovative efforts now. In the FY 2017 budget, he allocated more than $45 billion in special funds to fuel innovation and his Third Offset Strategy.

Does Your Office Space Attract or Repel Top Talent?

What’s Next for Gov Cybersecurity?