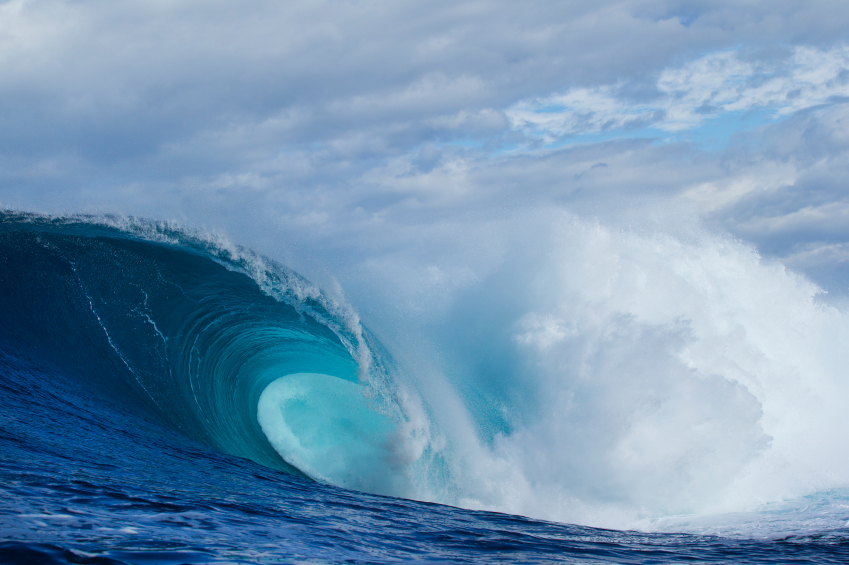 Ever wished you could do your work from your own iPad instead of a work computer? Or wanted to get an electronic signature instead of filing hard paperwork? Maybe even send inspection reports remotely from your phone or tablet?

If you’re in the private sector, these sorts of workplace mobility functions are likely old news to you. However, in the public sector, security concerns have prevented some organizations from taking full advantage of what mobile technology has to offer.

As Vice President of Public Sector for Good Technology, a mobile technology security company, Chris Roberts has seen mobile technology drastically change over the past few years. At each step, or “wave,” of this mobile evolution, he’s watched government agencies struggle to maintain security while increasing workplace efficiency with mobile applications. But that could soon change.

In an interview with Chris Dorobek on the DorobekINSIDER program, Roberts outlined the key trends from his company’s quarterly assessment and how the government can ride the “third wave of mobility” to better balance mobile security with workplace efficiency.

Government and the Mobile Space

According to Roberts, the government has witnessed two “waves” of mobile technology innovation, and is now grappling with a third.

At mobile technology’s advent, many government agencies’ key members brought their own personal devices, such as smartphones, tablets and other devices to work. They integrated their work accounts to these personal devices, leaving agency IT departments scrambling to find “some modicum of security and privacy around that,” Roberts said. “It was a very reactive strategy.”

Blackberry’s troubled horizon spurred the second wave of mobile integration in the government. As IT departments became concerned about Blackberry’s future, they looked for a Plan B to diversify their technology. Companies like Good [Technology] were installed to provide security in the “core productivity functionality” that Blackberry up until that point had provided the public sector. Once again reacting to impending problems, government agencies moved to different operating systems.

Advances in mobile devices’ software and hardware are making the mobile space more secure and enterprise-ready than ever before. According to Roberts, there are four major trends in the third wave of mobile technology that should matter most to the public sector.

Good Technology’s quarterly assessment highlights a significant uptick in mobile application use among a variety of industries. And the numbers show that apps aren’t going away anytime soon. In fact, mobile app production is gaining momentum. Almost all industries today are focusing on how they can improve productivity and lower costs using mobile applications.

With the growing number of possibilities apps have to offer, Roberts argued that the government has a lot to gain from more fully integrating apps into the workforce.

People want to access behind firewalls to different resources. These are “usually resources that need access through your browser on your PC,” Roberts said. Accessing these secured, PC-friendly resources from mobile devices requires higher degrees of security than standard browsers like Safari, which are native to many mobile devices.

In response to this growing demand, some companies are beginning to develop secure browsers for mobile devices. These secure browsers allow users to enter the backend of websites remotely and securely. This is a powerful tool for government agencies hoping to keep their information secure while increasing efficiency in the workplace.

Apple is still king of the hill, but maybe not for long. “This report really shows the uptick of both Android and, more interestingly, Microsoft in a number of industries,” Roberts said. Android systems are beginning to take a bite into tech, entertainment, media and sundry energy industries. “For us in the public sector, I would say it is still dominantly an IOS world,” he admitted. “But there’s a lot of excitement around Android.”

“In the end, especially for the public sector, choice is a good thing,” Roberts contended.

“The next frontier for the public sector is how to use mobility to create efficiency and to lower cost,” Roberts explained. He believes that tablets will soon play a much larger role in the public sector mobile space. Their larger screens lend users more real estate to execute secure workflows on the go.

“You can imagine a scenario where you’re dealing with vessel inspection, being able to take pictures, run through a workflow, have something signed electronically…and then send it back to repository all securely on that tablet,” he said. In the push to become faster and more efficient, tablets are the next logical step for the public sector.

Roberts contended that, “There are ways to solve for security and productivity at the same time. Apps that are built in the private sector now are doing a great job of quickly giving us a lot of the information that we want or that we need in an easy to consume way. I think as citizens, individuals who use government services, directly or indirectly, we’d love that same experience.”

Though there have been drastic improvements in design layout over the past few years, it is still difficult for an individual to find specific information on a government website. Utilizing mobile applications and other technologies would significantly improve the public’s experience with government agencies.

To take full advantage of all that mobility has to offer, government agencies must understand, “…what vendors like Good can bring to the party to get those efficiencies combined with security,” Roberts said.

According to Roberts, there will be a significant expansion of what’s possible from mobile technology over the next year. To keep pace with the population’s demands, the public sector will have to join the mobile conversation. Roberts concluded, “Now’s the time to really figure out how to take advantage of mobility, not just use it as a reactive tool.”

Rather than reacting to changing times, government must consider front-foot mobile strategies. By adopting and integrating mobile technology into their workflow, government agencies can ride the third wave of mobility into a more secure and productive future.