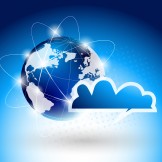 Let’s just take a step back and imagine a world in which we didn’t have people who forecasted the weather at all. Wouldn’t planning and dressing appropriately for the entire day (or even for different intervals throughout the day) be very difficult? The bottom line here is that forecasting is essentially the best solution weRead… Read more »

A recent press report quoted unnamed US intelligence sources saying Russia had no intention of invading the Ukraine. The appraisal became the subject of considerable debate when Russian President Vladimir Putin ordered his nation’s military into Ukraine’s Crimea region. Follow-on media reports said strategic assessments had been made by US intelligence and defense authorities thatRead… Read more »