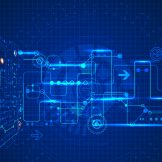 My friends at IBM were kind enough to give me a heads up that Version 3.0 of IBM Lotus Connections was being released today. I have been very impressed with their efforts in this space and this release continues to raise the bar on the competition. IBM’s Research Team provides a strategic advantage that IBMRead… Read more »