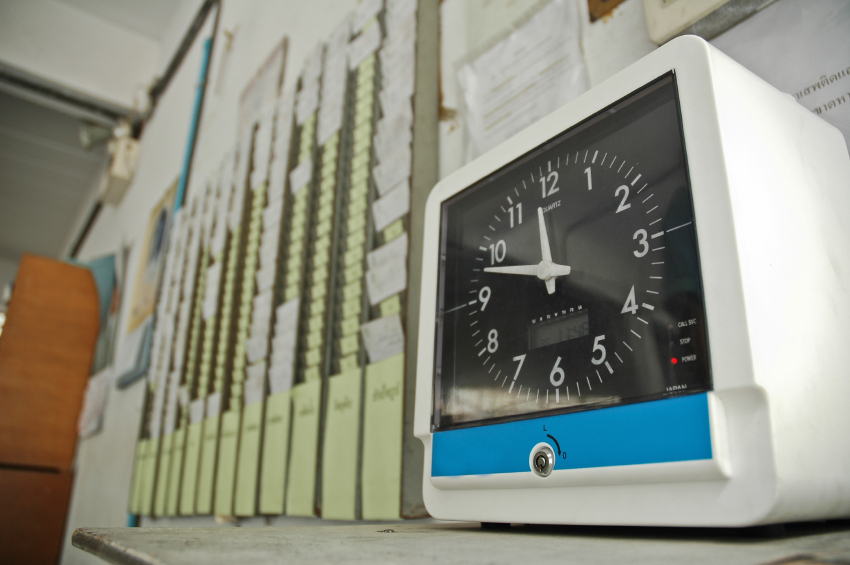 The sheer size and diversity of the public-sector workforce have forced governments to rethink how they manage their most valuable asset — people.

At a time when agencies must do more with less, maintaining the status quo may seem like the only option. But the truth is agencies can’t afford to perpetuate inefficiencies that cost more time and money in the long term.

Among the areas ripe for change are workforce management processes. These include recording time and attendance transactions and managing employee absences, which many agencies still do manually today.

“Customers are finding that by using paper timesheets or timekeepers to keep track of dozens, if not hundreds of employees at a time, errors are being made in those entries,” said Don Pagel, Vice President of Public Sector Services at Kronos. The company is in the business of providing the right tools to minimize compliance risk, control labor costs and improve workforce productivity.

“Anytime human entry is involved you have a potential for loopholes and inaccuracies, but automating that process pushes out the responsibility for the actual transaction to the employees themselves,” Pagel said. “This allows for better compliance with the Fair Labor Standards Act (FLSA).”

The FLSA, which establishes minimum wage, overtime pay and recordkeeping requirements, was enacted in 1938, but it took several years and a Supreme Court ruling before it was implemented by government agencies. But even today, it’s possible for agencies to unknowingly violate FLSA policies.

“Employers often think that compliance of the Act simply means that they collect timesheets and enter data in a system,” Pagel said.

But manual data entry is not synonymous with compliance. That’s why a growing number of agencies are turning to automation tools to mitigate compliance risks and provide better checks and balances. The city of Houston, Pima County Superior Court and Arkansas Highway and Transportation Department are among the agencies that have partnered with Kronos to make that leap.

“Most computer systems in government use what’s known as an exception pay system,” Pagel said. “That means employees start the week with all of their work hours. Time is decreased based on exceptions that are entered in the system, whether it’s time off for vacation or a sick day. Positive pay systems do the exact opposite. Employees start the week with zero hours, and time is added as the employee clocks in and out or enters their work hours or paid leave.”

With exception pay systems, employees typically fill out a form to request time off, and their supervisor approves it and gives the document to a timekeeper. Because the employee has some interaction in that process, a lot of government managers believe they are compliant with the Fair Labor Standards Act.

But the Department of Labor has made clear that exception based systems are generally noncompliant. The reason is when managers assume employees are going to work 40 hours, and only enter exceptions, either the employee or the manager will likely forget to enter those exceptions.

Operating this way could also create a situation where employees feel bad about entering exceptions. It also puts control of an employee’s time and attendance in the hands of the supervisor.

“Instead, the Department of Labor would rather have that control in the hands of the employee, and that’s what automation does,” Pagel said. “By the employee clocking in and out, or entering their time on a terminal, it’s considered compliant because the employee has actually entered the transaction.”

Another benefit of electronic timekeeping systems is they provide agencies with an automated audit trail of their labor data versus a paper audit trail. With an automated system, auditing occurs after data is entered into the system, and it’s clear which employees and supervisors made changes to the data and why.

For agencies, the path to full compliance with the Fair Labor Standards Act starts with automation and putting employees in charge of their time entry.

“By having the employee enter their time, and then flow that through a series of payroll and work rules in the system, employers can automate that process to ensure all employees are being treated fairly,” Pagel said.

The Astronomical Growth of Data

How to Rock the Holiday Office Party