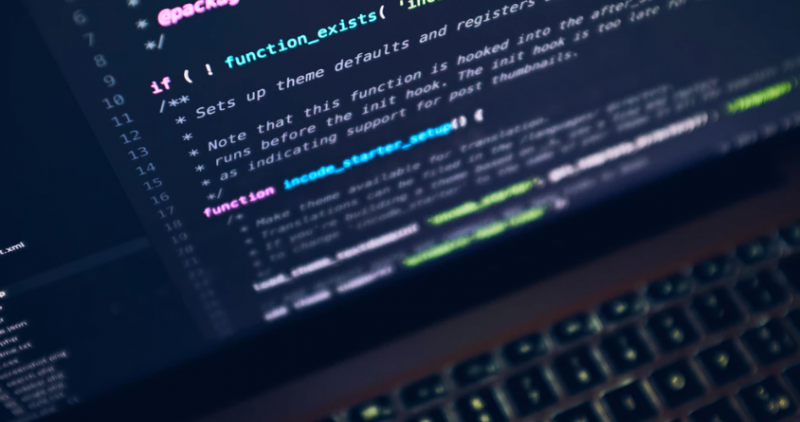 Robotic process automation is a new buzzword that you’re sure to hear more of across government. But what is it, and what should government employees know about it?

For starters, a recent Office of Management and Budget memo directed federal agencies to move toward robotic process automation (RPA) in an effort to reduce the burden of low-value work. RPA uses software bots to automate repetitive, rule-based tasks, such as copying and pasting information from one system to another or reconciling financial accounts. (Bureau of the Fiscal Service has a neat RPA explainer for additional reading.)

The ultimate goal is to use RPA to move away from spending time complying with unnecessary and obsolete policies, guidance and reporting requirements and spend more time on high-value work that supports mission-critical objectives.

GovLoop recently sat down with Jonathan Padgett, Vice President of U.S. Public Sector at UiPath to understand how agencies can use RPA and what some are already doing. Padgett runs the business and operations that deliver RPA products and services to the federal government

“With a sector like [the] public sector, that is so overworked and underappreciated and forced to do more with less, a solution like process robotics really can provide truly transformational efforts to help them deliver better government and services to their constituencies,” Padgett said.

Our conversation below was lightly edited for length and clarity.

GOVLOOP: What is robotic process automation and what is your elevator pitch when explaining its benefits?

GOVLOOP: Let’s build on that response. How do you explain RPA to the person who is not an expert?

PADGETT: It’s software robotics. People get confused on robotics and artificial intelligence. They think of hardware robotics and AI — that’s putting together parts. This is software robotics. This is software that interacts with other software applications the same way a human does and performs those functions and services the same way a human does. It allows someone to be freed up from those more mundane, arduous tasks, time-consuming tasks, and free them up for higher-value jobs. There’s a saying: We like to take the bot out of the person.

GOVLOOP: What about the person who says, ‘Aren’t we already doing this in some way, shape or form but calling it automation? How is that different from what we’re talking about here.

PADGETT: When you’re talking about software robots or software automation, it’s really application or platform agnostic. So it really allows you to emulate what a worker does across platforms, across applications and across the enterprise.

GOVLOOP: What’s the learning curve when you’re working with agencies who are using software robotics?

PADGETT: I think the learning curve will vary, depending on the individual. If you have a dot-net developer background, you’re going to love programming in this tool all day long. It is a GUI [graphical user interface]-driven interface, so it’s intuitive and easy to use. But we do recommend that you have somewhat of a technical background to really be successful with it.  And if you don’t, that’s why we offer training.

GOVLOOP: Do non-technical employees play a role when it comes to using RPA?

PADGETT: Absolutely. Our goal is to have a bot on every desktop someday. We offer software robots in two flavors. One is unattended, where the bot acts completely autonomously and doesn’t require any human interaction. And then there’s what we offer as an attended bot. So that’s one that would be working in a call center that would actually go out and perform tasks of entering information in a database, processing invoices and check in with a human and say, ‘Does this look OK?’

GOVLOOP: How much human instruction does an attended bot require?

PADGETT: It could work in a call center scenario, or invoice processing or claim processing. It can assist that person in that process, which sometimes [includes] a variety of forms that need to be filled out, [or] information systems that have to be accessed. The bot can work alongside that person on the desktop to perform a lot of those functions.

The bot can do reports. It can provide statistics. But normally the bot is created through our studio tool. So basically what happens is it records the process that a person does: an invoice process, or an onboarding process, or an HR process.  And then a developer would sit down and deploy the bot.

GOVLOOP: Do you all have any stats on how much time is saved by using this technology?

PADGETT: We have a partner that’s implementing some bots, and they took an 80-hour a week audit task and reduced it down to 45 minutes.

GOVLOOP: When you’re evaluating if RPA is the right fit for your agency, what key things should you consider?

PADGETT: I think that’s really what’s attributing to such lightspeed growth, as far as product adoption in the public sector. It’s the ability for people to go download the software — one or two bots — and try it out. From there, they can take it into production where we have customers that start out with a one- or two-bot process, and then they see such early success.

GOVLOOP: Is there a type of task that perhaps would not be the best fit for this technology?

PADGETT: Right now, the task that is not a static, routine task. A task that changes often and the variables are different every time, I would say [those] tasks require critical thinking. That’s where humans come into play.

GOVLOOP: What other RPA success stories are you seeing?

PADGETT: We’re seeing, improved call center support through attended bots, more timely response [and] better services. Certain government agencies believe that they can save about $10 million a year because a bot runs 24/7 and doesn’t make mistakes. This is just the tip of the iceberg. There’s still a tremendous amount of awareness that needs to happen.

GOVLOOP: We know there are glitches and things that can happen with any technology. What happens when something goes wrong?

PADGETT: As you start to scale, things do break, and it’s important to make sure that it’s a well-thought-out process. That’s why it’s important to have what I call the center of excellence. The Postal Service, [for example] is going to call theirs RPA Center of Excellence (COE), and that’s where their governance is as far as how bots are played throughout the agency.

When you’re implementing a process, say it’s the way a new postal worker gets a uniform. There’s a whole bunch of processes and forms and checklists that need to be completed to get that uniform, to get the right size and get it shipped to the right location. What we’re seeing is when folks start to implement process robotics to do certain tasks, we’re also seeing that those processes are getting improved because for the first time people are actually looking at all the steps in these processes that have been in place for some time. In a way, by adding RPA to a process, we’re actually seeing folks improve the process in and of itself before they even apply RPA to it.

GOVLOOP: When you say bots, does that include the automated voice that answers when you contact certain companies?

PADGETT: That’s a little different technology. Those are called chatbots, and we do have the capability to integrate with chatbots, but we don’t do chatbots. Our processes will be the back-office jobs — grabbing data from one database and pulling it to another, and filling out a form here and then sending it to another. You know, those type of processes that are augmenting, helping the agents on the line with someone [in real time].

I think this conversation’s going to be even more exciting three to six to nine months from now.

GOVLOOP: Why do you say that?

GOVLOOP: Any time you talk about automating anything, people get concerned about their job? How are agencies communicating the impact on RPA on the workforce?

PADGETT: There’s no doubt that across-the-board automation will replace jobs. But I think generally in the public sector when areas are still so understaffed and overworked, there’s plenty of room for automation to really improve and work alongside workers today, and really improve their lives and improve the job satisfaction and the ability to do better.

PADGETT: I think the biggest challenge is making sure that the line of business works with the CIO [chief information officer] and CTO [chief technology officer. To deploy [RPA]successfully requires both to be working together.