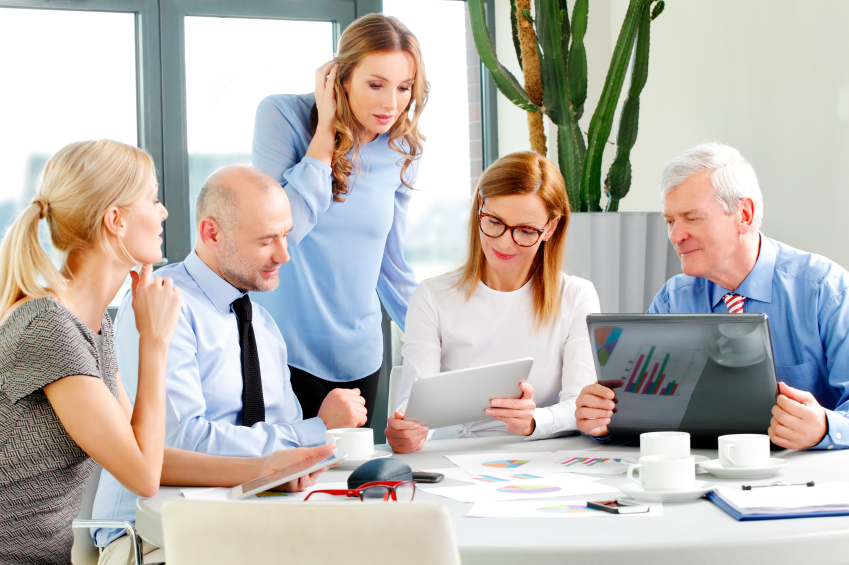 Both current and former federal employees argue that SESers need job rotations to grow professionally and prepare to meet the government’s most pressing needs. Elizabeth Kolmstetter, Chief Human Capital Officer at the U.S. Agency for International Development is one of those proponents. Her story is one example of the valuable opportunities that come from job rotations.

When Elizabeth Kolmstetter took a detail to the newly forming Transportation Security Administration in the wake of 9/11, no training manual or peer advice could’ve prepared her for the road ahead.

At the time, TSA was in its infancy, without divisions or an established infrastructure. Kolmstetter was tapped to run the selection and workforce development program for all airport screeners nationwide. What helped prepare her more than anything was past experience, including her role as Senior Director for Standards, Assessment and Certification at the National Skill Standards Board and the FBI’s first Chief of Personnel Assessment and Research and Industrial-Organizational Psychologist.

“I learned early in my SES career that it’s not really about a job, but it’s about your service and your executive skills, and being able to apply them as the mission [and] the organization needs change,” said Kolmstetter, who was certified into the Senior Executive Service in 2004.

In many ways, Kolmstetter embodies the vision for the Senior Executive Service, which was established by Congress to ensure government executives are responsive to the needs, policies, and goals of the nation and are of the highest quality.

Both current and former government employees argue that SESers need job rotations to grow professionally. Failure to do so puts both executives and government agencies at a disadvantage. Senior executives miss out on gaining valuable and varied perspectives that equip them to tackle the government’s most pressing problems.

Some have called for these rotational programs, which are not used regularly government-wide, to be mandatory for senior executives. Another suggestion is starting with a cadre of mobile senior executives, who rotate to different agencies and bring diverse experiences and perspectives. That hasn’t happened either, but the topic of job rotations is expected to be included in SES reforms due out in the fall of 2015.

“The focus really was on all things in our executive service,” said Reginald Wells, SSA’s CHCO and Deputy Commissioner for HR. Wells is on the 24-member panel formed by the White House to develop the reform proposal. The group looked at how the Senior Executive Service is perceived, how SES members feel about their work in government and to what extent the government is providing them appropriate onboarding, training and development to adequately tackle major responsibilities.

“I’m such a proponent of SES mobility, as was envisioned when the SES was started,” Kolmstetter said. “It wasn’t supposed to be stay in the same job, the same division, office, or even same agency for 10, 15, or 20 years once you’re in the SES. Your ability to serve the government is limited by having only one office or one agency view and experience. You have to walk in the shoes of a leader in another agency, mission or role to gain that broadening perspective. ”

Kolmstetter, a career senior executive, has worked at seven federal agencies since starting her government career in 1993 at the FBI.

But there are personal concerns among senior executives who are hesitant to move around and accept details. Some are concerned about derailing their careers or being out of sight, out of mind. It’s easier to stay in the same organization where you know how the politics and the systems work. In many ways it is easier to get things done and even the performance management and reward system is structured to incentivize longevity and tenure in one agency. It’s much harder to go into an organization at a high level and have to re-learn those things. Kolmstetter knows that all too well.

Since 2013, she has served as Chief Human Capital Officer at the U.S. Agency for International Development. In early October 2015 she started a six-month detail to OMB’s Office of Performance and Personnel Management, where she is helping the administration implement HR reforms. At the same time she is sharpening her resource management chops through an up-and close experience with budget planning, processing and decision making for the government.

But she’s still a USAID employee at heart.

“It’s still my home agency and I do stay engaged with my team and in touch with what is going on,” she said. “It’s never easy to leave something you’re really in the midst of, but one of the things I say to the people I mentor is, ‘when the door opens and an opportunity comes, you may never get that chance again.’ There’s never going to be the perfect time.

“If you build a good strong team, it’s actually a growth opportunity for your team to take on,” she said. “No leader should be so indispensable that everything falls apart when they leave.”

Job rotations are important for all employees, especially Supervisors and Managers, not just SESers.

I’m retired military and throughout my years in the service I’ve been stationed to numerous locations and noticed the rotation of other personnel while at those locations, lower and upper echelon, during my tenure there. Rotation of personnel and myself helped build the character and understanding within myself. That is what helps keep me going while I work for TSA at my location. No one will ever take that and my loyalty to my country away.

How to Pursue Public Service Without a Plan