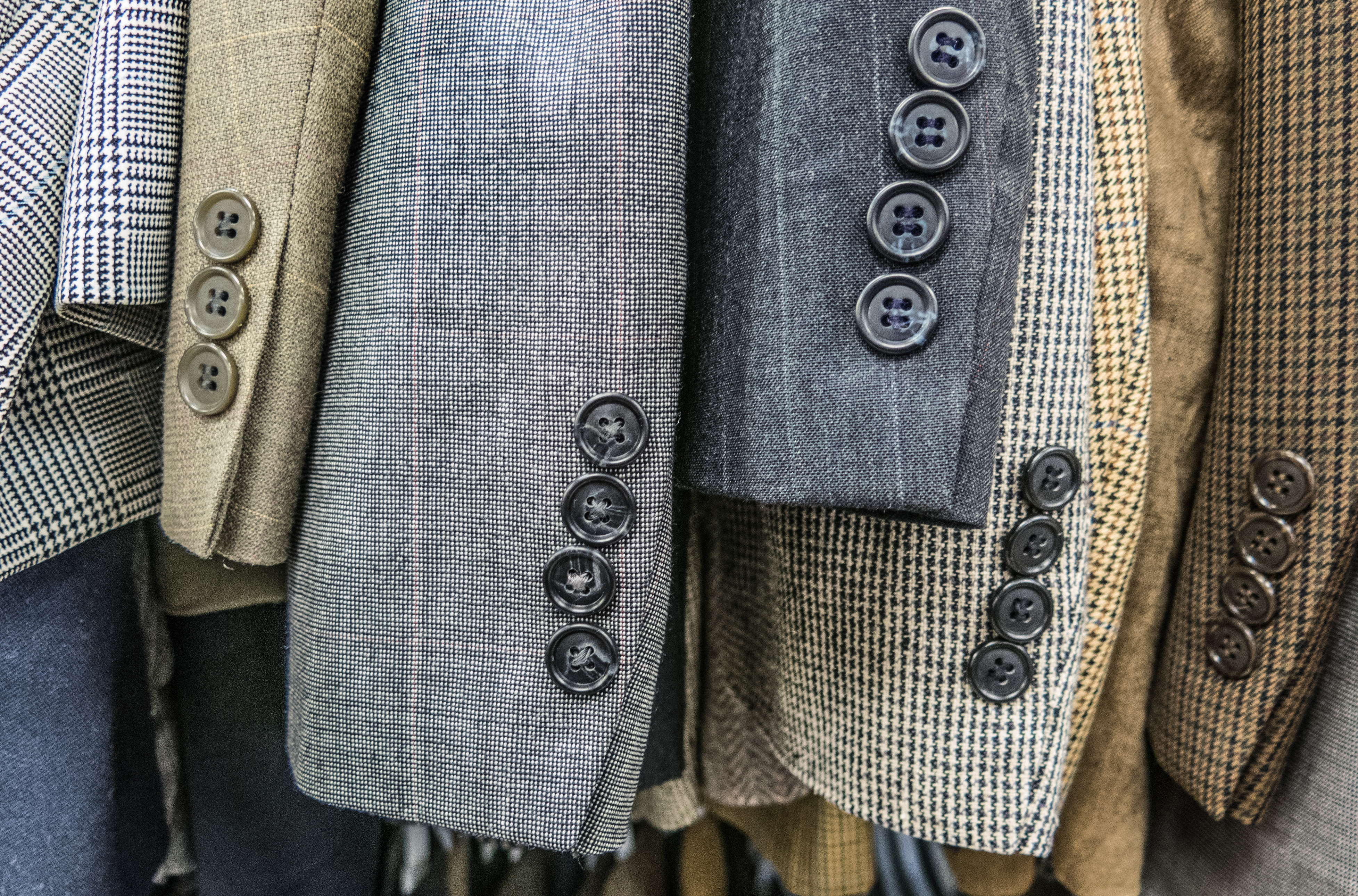 For 65 years my grandfather worked as a tailor at Learbury’s in Syracuse, nearly the entire duration of the company. He was a master of his trade, tailoring suits for mayors, governors and the uniforms for the Triple A baseball team in Syracuse (at the time it was the Yankees, now it’s the Nationals). He was the tailor for Governor Cuomo, driving his suits to Albany and often having dinner with the Governor and his family. Governor Cuomo liked having an Italian tailor, and my grandfather liked having an Italian Governor, so it turned out to be win-win for everyone.

When my grandfather came to America in 1935 on a ship called “The Rex,” he didn’t speak any English. His entire life had been spent in the Italian countryside. But his Italy wasn’t the idyllic image that is so often romanticized in travel magazines. It was poverty stricken, and provided citizens with limited opportunities for upward social mobility.

Arriving in America at age 15, he found himself in a cold, cloudy and snowy Syracuse, New York. Too young to legally work, he would sneak into Learbury’s through air ducts to evade labor inspectors.

And just a few years later he would be back in Europe. This time he was traveling by boat again, but not towards freedom and opportunity, but to protect the ideals that drew him to America in the first place – storming the beaches of Normandy during WWII.

I often think about my grandfather and the stark differences between our lives in terms of rights, privilege and opportunity. His job as a tailor was long hours and hard work. And like so many of his generation, he never complained and just went about working hard to support his family.

His experiences have certainly shaped my life and influenced my worldview, but they have also taught me a few really important lessons about navigating a career. So looking back at his career, there’s some themes that stand out to me:

I could list tons more lessons and share countless stories. But the thing about my grandfather that I have always loved was that whether he was fitting a suit for Governor Cuomo or a local salesman, it didn’t matter to him. Everyone was treated with the same class, dignity and service. Maybe that’s the real lesson.

Awesome post, Pat! A great story with some valuable lessons.

My uncle Norman was a tailor for the longest time, and didn’t retire until in his mid-to-late 70’s. Like Pat’s father, he also had the pleasure of clothing elected people, senior government folks, and some media people. Truth be told, as the big box stores moved in, that last decade was largely spent nursing a coffee and reading the paper in the window of the café across the street, with a “back in 5 minutes” sign on his door. If he did see a customer stroll up, he’d put his cup down and dash across the street. The café owner knew enough to leave his paper and cup where they were.

What makes a person cling to a trade like that for so long? Well, for starters, it’s good to be “your own man”, and not have to worry about indeciperable marching orders from the top floor. But more important, as Adam Grant at the Wharton School has written about extensively, it’s the “transactional” aspect of the work that keeps one going. How many of us get to have a sense of the impact of our work? Heck, go to the doctor, and get a prescription for a miracle drug, and generally the only feedback the doctor gets is that they don’t see your obituary in the paper, and you come back for a checkup next year. A farmer has to wait a whole growing season to see the crops they sowed. A tailor, on the other hand, gets to make you look good….nay, great, and see the final product soon after their efforts are complete. And if the final product doesn’t make you look as great as they had envisaged, why you simply let the seams out here a little bit, take it in at the waist, shorten the sleeves a little, and voila.

In short (men’s size 44 short), the conditions are simply optimal for maintaining engagement. Maybe we should listen more to the tailors, and less to the management consultants.

Thanks Mark for your comments – really enjoyed reading through!

What an uplifting post to read this morning, and what a wonderful tribute to your family history. Lessons to absorb! Thank you.

Thanks for your comments Pam, glad you enjoyed and much appreciated!

I love this article. Very clever how you connected a personal story of yesterday to valuable lessons for today.

i see so much value in this post to include this link in my next blog, Thanks.