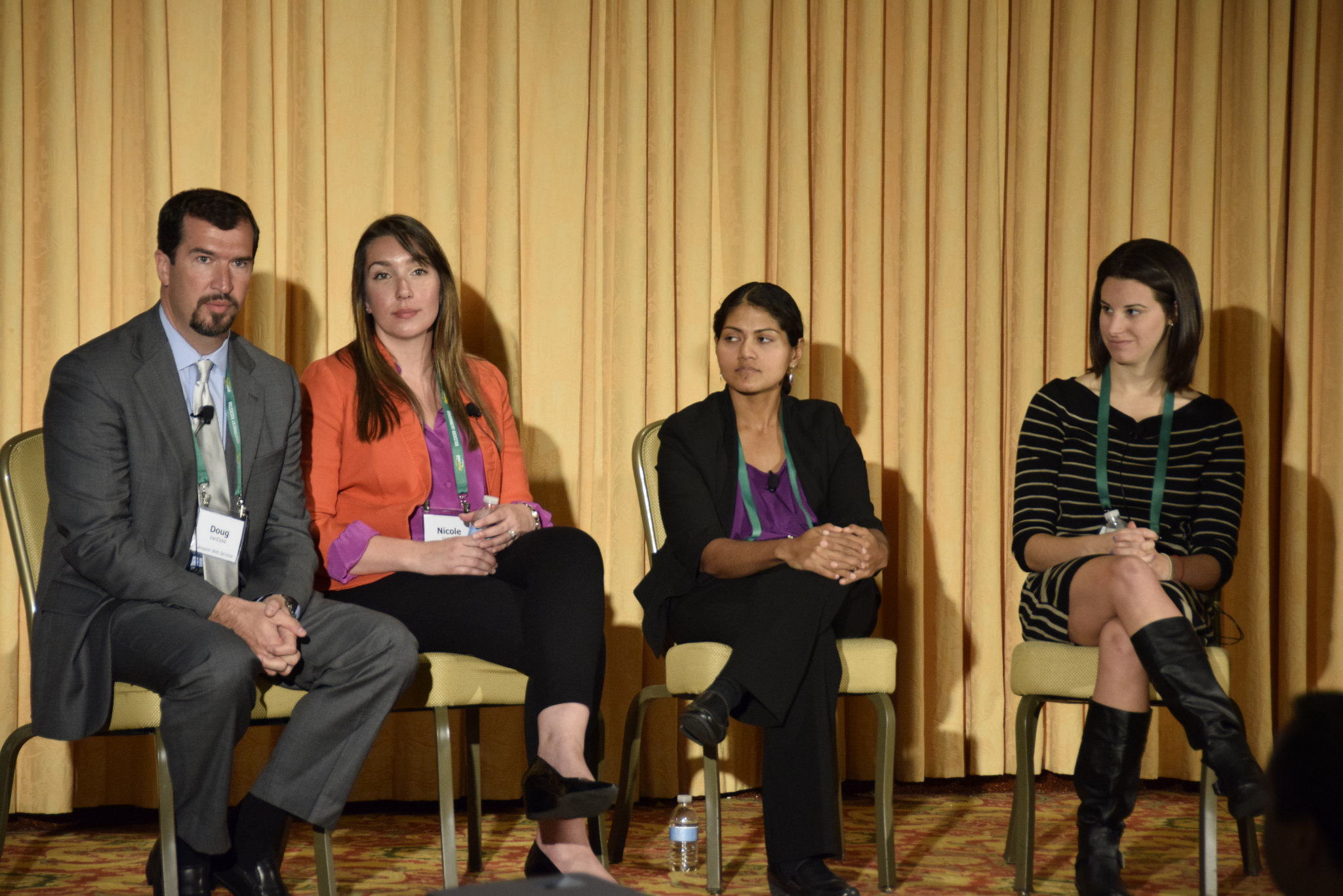 The customer is always right.

If you’ve ever worked at any retailer, restaurant, or franchised store, you may have gotten a lecture or two from your manager that included this phrase. And there is definitely truth behind it. Like any good retail establishment, successful government agencies are centered on meeting the needs of the public and fostering greater citizen engagement.

On Wednesday at GovLoop’s The Citizen & The Government: How They Connect event, a panel of professionals from various organizations answered audience questions regarding citizen engagement strategies. Our panel of experts included:

How to Best Frame the Value, Necessity, and Urgency of Citizen Engagement

Milcetich addressed how to sell the importance of citizen engagement to internal officials working in your agency. As for the General Services Administration, promoting citizen engagement internally has never been a large issue because the organization’s mission is to help citizens find answers to their government questions.  Milcetich explained that using the social media approach made sense as part of GSA’s mission and yield questions on several platforms (Facebook, Google+, Twitter, etc.) to encourage citizen engagement.

“Is there a way to tie it back to whatever your mission is?” Milcetich asked. “Why do you want to do this engagement? Are you doing this just because you think it’s cool, and it’s a new tool because that probably won’t get internal support. If you can find a way to tie it directly back to a project initiative and the overall mission, I think you will find it much easier to get support.”

How to Reach Segmented Groups

Sending a message to any audience depends entirely on its members. Techniques for how you approach any group of people change according to the wants and needs or those particular individuals. In terms of citizen engagement, the message and mission of an organization must be adapted to the type of audience.  For segmented stakeholder groups (i.e. African Americans, Hispanic Americans, women, youth, the LGBT community, and many others), this is adaption is especially important.

Stillwell discussed reaching segmented groups at the Bureau of Consular Affairs in regards to the different travel and security concerns of various citizens. The Bureau started to change its content to reach specific groups of travelers (women, LGBT, students, etc) and tried to interact with them in different ways through various travel shows and social media outlets that attract varying audiences. To meet the needs of assorted groups, the Bureau would design its content according to the interests of each party, publicize it, and then use it as a basis to create connections offline.

The Best Place to Start in an Overwhelming Digital Engagement World

Milcetick stressed the importance of knowing your agency’s goals and mission. According to her, the best place to start with citizen engagement in terms of the digital arena depends on the interests and needs of your organization and its members. Figure out who your audience is, what their interests are, and what works for them. After, test out different social media outlets such as Facebook and YouTube, and record the review numbers. Also, vary the time of day that these test posts are published while being wary of what content makes sense for your particular audience. Document reactions and review numbers according to the times that you post and which time you receive greater feedback.  For the more successful pilot tests, an organization can consider growing and expanding these particular digital engagement approaches.

Getting Agencies on Board with Customer Service

Sitwell discussed the challenge addressing citizen engagement at the agency level.  She urged organizations to be goal oriented and strategic. Stillwell also suggested for organizations to locate inconsistencies and inefficiencies, and followed this action with developing ways to improve these shortcomings.

“For example, one of the things that we consistently see on our Twitter account is people asking question about passport services,” Stillwell said. “To address that, when we redesigned our website, we actually had a passport fee calculator, so even though that was an investment in our website’s infrastructure, we justified it using data that we saw on social media that demonstrated that this is a real point of confusion for people in the application process, and then we created a digital solution to address that.”

Government Progress in Reaching Citizens across the Digital Divide

VanDyke said that bridging the digital divide happens during the application development, and the public expectation is that government will design many applications that will enable government-to-citizen collaboration.

One example he mentioned was the GIS visual application developed by the New York City Department of Transportation in response to Hurricane Sandy. The city had to assess many damage claims that were filed while working with a low bandwidth situation. The Department of Transportation created an application that ran on an iPad, but it was also designed to be accessible by smart phones. Agencies have to supply citizens with these mobile versions that can be accessed via lower bandwidths.

Milcetich also emphasized the reality that many people do not want to engage with the government on major websites, and others don’t have any access to the Internet. Digital engagement is extremely important in today’s technologically driven world, but governments are responsible for reaching people across that divide because it is our responsibility to reach all citizens and engage with everyone in the public.

Nandy discussed The World Bank’s mobile responsive website design with Adobe. She mentioned how The Bank had to signal out the issues that they were facing on their desktop website. After searching, it found that the website reflected more of an internal approach with a lot of jargon and content that was not reflective of what our audience focus. For some government agencies that are resistant to the user-approach but still want to attract buy in, they can build sites without any stakeholder input using already stored data and later test it with the consumers for feedback. When users have positive responses, this attracts greater buy in from new stakeholders.

“Dust off your strategies,” said Nandy. “Read them. See what your gaps are. Take a look at what you have done. Take a look at where you are interested in going and say, ‘I don’t know exactly how I’m going to get there, but I know what we have today maybe needs to be revisited to be where we want to be. I would just start with what you currently have been doing, taking a look at that, and checking it against where we want to be.”

For more coverage on GovLoop’s The Citizen & The Government: How They Connect event, read these posts:

For more citizen engagement ideas, make sure to download our free guide, 18 Strategies for Citizen Success

Are the slides from her presentation available any where?

Hi Li – whose presentation are you referring to? This was a town hall, so none of the folks had slides for this one. But if you click on the other blog posts, the slides are linked for each of the presenters towards the bottom.