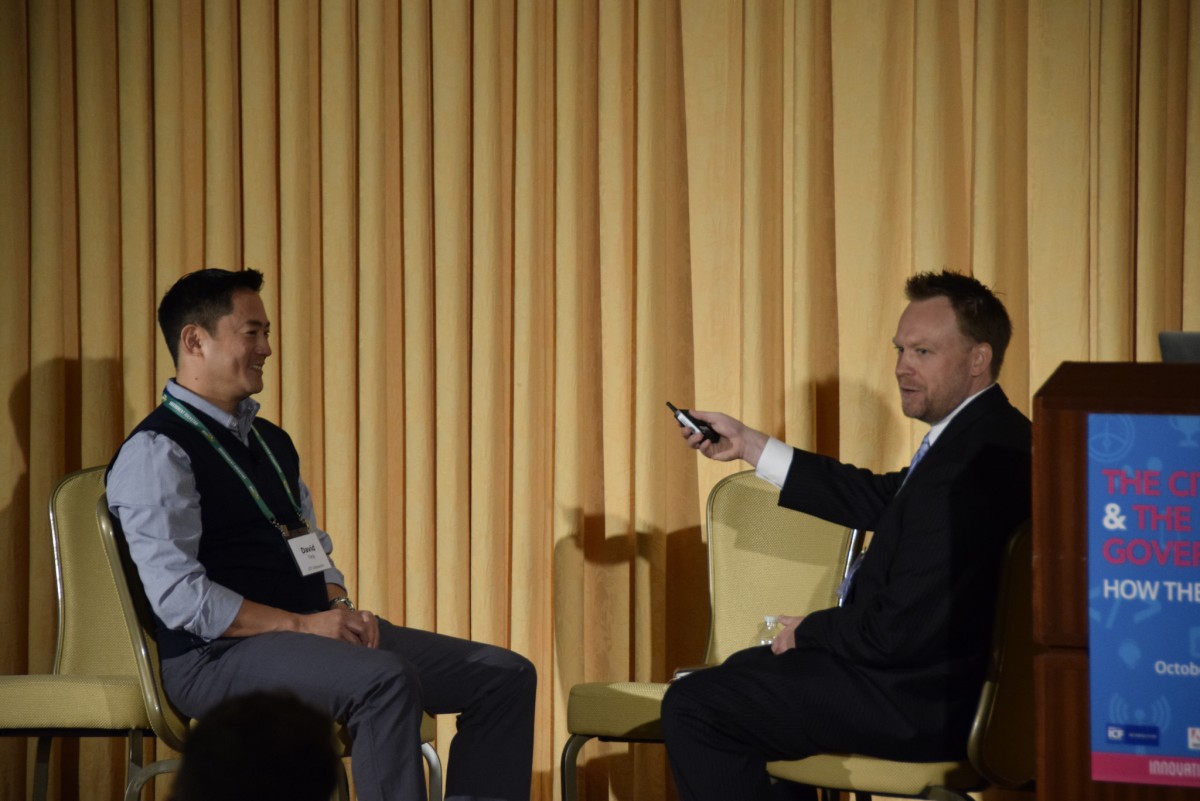 CMO. CDO. CXO. Just a few acronyms for the increasingly important job that focuses on customer experience and digital communications. (For now, let’s just stick with CMO: Chief Marketing Officer.) At GovLoop’s Wednesday event, The Citizen & the Government: How They Connect, Brian Paget, Technical Director for Content & Analytics at Adobe, and David Yang, Vice President of ICF Interactive, spoke about the evolution of digital communication and the rise of the CMO.

Starting off, Paget and Yang discussed the basic idea of digital communications. For them, the central theme was engagement. Communication used to be more of a one-way street, Yang stated. But now, you send messages and get messages right back – it’s much more of a conversation.

In response to this highly engaged environment, Paget talked about the prevalence of industry and academic publications in the past few years focusing on the rise of the CMO, particularly in relation to its growing influence relative to Chief Information Officers (CIOs). New technology that emphasizes user-experience has created an insatiable demand for engagement. This, in turn, has provided the CMO – who has the ability to effectively deliver such services – with increasing influence.

In the commercial world, this transition peaked around 2012, but government is currently in the thick of it. And this isn’t just an externally-facing trend. There is serious ROI for government. The UK, for example, has saved 200 million pounds by making certain public services/transactions digital.

When it came to having the right tools for success, however, only 34% of government respondents felt they had adequate tools, compared to 58% of commercial respondents. To help in this regard, Yang and Paget advised agencies to focus less on the “stand-off” between CMO and CIO powers, and, instead, focus on communication and collaboration between these two vital roles. The CMO has gained prominence, but the CIO is also here to stay. Recognizing this and cooperating will lead to better digital communication products and services. It’s no good for a CMO to request a digital tool and have the CIO drop the system on his/her lap and say, “Here you go, enjoy!” Frequently meeting with and involving the CIO in the evaluation process of tools is crucial, said Paget. The CMO needs to drive user experience, but cannot meet the desired specifications of the end-user without integrating the CIO.

And for those localities who may not even have CMOs or CIOs, don’t worry! New technology, such as cloud services, can deliver platforms with user-friendly interfaces on a small budget, Paget reassured. Furthermore, nothing can beat analytics and user feedback to illustrate the ROI of engagement, said Yang.

If your agency is still in the process of or hasn’t yet started its digital engagement transition, just take it in stride. Don’t have just one customer-focused position, but train all employees. And keep eyes and ears open constantly for new ways to improve customer service and user-experiences.

Read more recaps from the event:

For more citizen engagement ideas, make sure to download our free guide, 18 Strategies for Citizen Success.