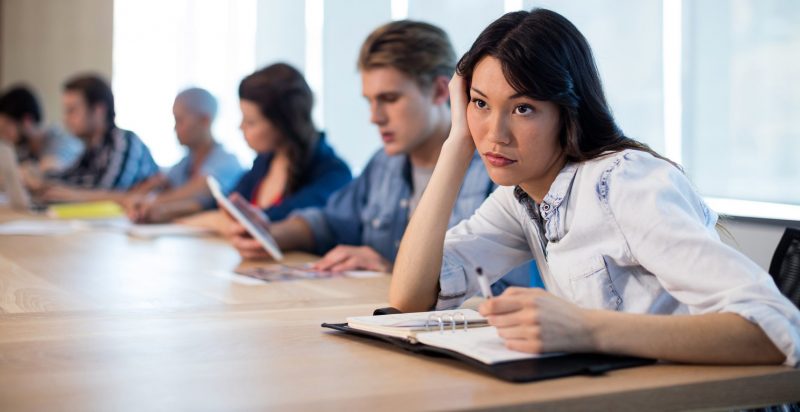 In the Office of Personnel Management’s (OPM) report, Engaging the Federal Workforce: How to Do It & Prove It, employee engagement is defined as “the employee’s sense of purpose that is evident in their display of dedication, persistence, and effort in their work or overall attachment to their organization and its mission.”

Many government employees perceive engagement to be low in their workplaces. But is that really accurate? Are government employees actually less engaged than our private sector counterparts? Or do we lean into the stereotype and watch the clock, figuring every minute pays the same whether we do a good job or not?

A poll conducted by the CPS HR Institute for Public Sector Employee Engagement showed that only 38% of public-sector employees consider themselves fully engaged at work. This number was 44% in the private sector. That may not seem like a huge difference, but the Institute concluded that the results were statistically significant. Another poll by Gallup found that federal employees are less engaged than the “rest of the U.S. workforce.” According to this poll, 27% of federal government employees were fully engaged at work, whereas 31% of all other workers in the U.S. report feeling fully engaged. Again, the difference doesn’t seem huge, but for both polls, private sector engagement was higher than public sector engagement. It seems we have a problem.

Why does the public sector lag behind the private sector? Certainly, in government, agency mission should be an advantage to employee engagement. In theory, the mission in the public sector is something that brings value to people, rather than a profit-driven motive. Yes, the pay may not be as high as in the private sector, but the benefits are often better. So why are government employees harder to engage than other sectors?

Robert Lavigna sheds some light on this in his article, Why Government Workers Are Harder to Motivate. He lists seven key factors at work here:

It seems everyone has something negative to say about public sector employees. Be part of the solution, not part of the problem.

Frequent and abrupt changes in leadership

It’s frustrating when the direction of your agency changes with each election, often bringing new elected or appointed managers with it.

The goals of government agencies are often long-term and are difficult to translate into objectively measurable units. As a result, employees can’t easily feel the progress they’re making.

An aging workforce has the advantage of experience and perspective. On the other hand, they can also be resistant to change and unmotivated to learn new skills and techniques.

In government, it’s notoriously difficult to remove a poor performer. Unfortunately, this has serious ramifications for morale when some employees “are seen as getting away with not pulling their weight.”

Constraints on the use of financial incentives

Pay raises, bonuses, and stock options as performance incentives are generally not in play in government. This means that managers must rely on the nature of the mission, the potential impact of the project, and employee recognition to motivate people.

In a world where everything you do is one FOIA request away from being on display, it’s easy for employees to become risk-averse. They may also be less likely to voice their opinions or take initiative, knowing that their name will be on it if the project fails.

These are some unique factors that can wreck engagement of public sector employees. We must accept that workplace rules and incentives will never be equitable between the public sector and private sector. But there are still some things we can change: we can contribute to culture change in our organizations.

If all of this has you down, here are three strategies you can use to get employee engagement back on track at your organization.

Erica Bakota is a GovLoop Featured Contributor. After earning her PhD in chemistry at Rice University, she joined USDA as a research chemist, where she studied lipid oxidation and alternatives to partially hydrogenated oils. She then returned to Houston, Texas to join the Harris County Institute of Forensic Sciences, where she led method development and validation for the Forensic Toxicology Laboratory. In March 2018, she made a move back to the feds and is now with the FDA as a chemist at the Kansas City Laboratory. Her work at FDA focuses on active ingredients in dietary supplements and pesticide residues in foods. You can read her posts here.

Why Being Brave is Crucial as a Leader

7 HR Priorities Governments Need to Compete with the Private Sector