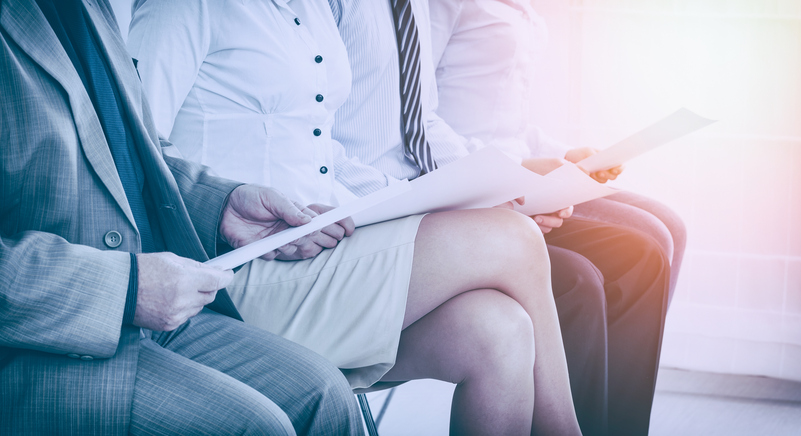 Today’s labor market is extremely tight. Unfortunately, hiring (well) has never been harder. Improving government’s ability to serve its people is, ironically, largely a function of people. With the impending retirement tsunami (wave?), hiring new talent is vital. Vital for both government employers as well as those firms that support the government as contractors. That is why as a follow-up to my last blog post on hiring for weakness, I wanted to wade (see what I did there?) a bit further into how to hire better in 2020. This time I turn to the world of startups and venture investing.

Esteemed venture capitalist John Doerr has invested in and evaluated thousands of startups over his career. His list of successful investments includes several companies you may have heard of: Amazon, Netscape, Compaq, Intuit, Symantec, and Google. The list goes on. Given this modicum of success evaluating startups largely based on the founders and their one-page business plan, Doerr is a reasonable person to seek guidance from when it comes to evaluating talent.

Mindset. Doerr believes that there is a critical difference between those entrepreneurs who truly have meaningful impact on the world and those who fall short. The difference is their mindset. It isn’t the skills these founders have or what the company actually does. Instead, the difference lies in what these entrepreneurs believe and how they act in alignment with these beliefs.

A Mercenary and a Missionary Walk into a Bar …

Doerr classifies entrepreneurs as either mercenaries or missionaries. The differences between the two are stark and cut across several dimensions.

Mercenaries are driven by paranoia. They think more opportunistically and with a short-term horizon. They also focus on financial rewards. Missionaries are passionate about the cause. They think longer-term even in the face of short-term obstacles. They tend to be customer-centric and value-focused. Mercenaries care a lot more about entitlements (receiving). Missionaries care more about contribution (giving).

So its simple, right? Just don’t hire mercenaries and everything will be fine. Not quite.

Missionaries are not “better” than mercenaries. As Doerr suggests, both can and do succeed. There is a role and purpose for each type in the startup world. Indeed, it depends on what the current context and desired outcome is. Indeed, the legendary founder of Intel – Andy Grove – believed that only the paranoid survived. Clearly, the definition of “success” when it comes to startups matters.

Indeed, many mercenaries perform better as CEO’s once a company has achieved some degree of scale. Think Bill Gates (product guy) vs. Steve Balmer (sales guy). Many investors have a fixed time horizon for achieving liquidity (sale or IPO). Not surprisingly, they often seek corporate leaders who are aligned with short-term financial optimization. The mindset needs to mesh with the need.

What Are the Implications for Hiring?

I believe that this classification of founders and leaders as either mercenaries or missionaries can and should be extended to all staff. And as with startups, the role and purpose of your open position must be the first consideration. The definition of “hiring success” matters. When hiring new talent, creating alignment between the position (the responsibilities and definition of success) and the individual to be hired is critical. For example, one could argue that sales people should be mercenaries. It makes them better at their jobs. Customer success managers probably shouldn’t be. But the divide isn’t always so neat.

More importantly, if you believe in these different mindsets, so what? What does this dichotomy mean for attracting new talent into government?

On the surface, one may believe that government attracts only missionaries. After all, from a self-selection perspective, mercenaries should (theoretically) avoid anything public sector. Government is structured to be slow-moving. It takes longer to accomplish almost anything in government when compared to private sector. And the public sector cannot pay in-line with the private sector. Case closed.

However, not attracting mercenaries does not mean that government is attracting missionaries. There are plenty of folks who sit somewhere in between the two ends of spectrum and are rather indifferent. Typically, this isn’t a good thing. You get neither of the benefits from the extremes and many of the downsides.

Nor does it mean that government would not benefit from having some mercenaries on staff. Mercenaries are not bad, they just value different aspects of a job. Again, the situation and the context matters. The matching of role with person is key.

Lasting, hiring a bunch of missionaries is useless if your organizational culture doesn’t promote, speak to, and continually reinforce the mindset through actions. How managers (are taught) manage, how teams work together, what staff behaviors are rewarded (and which ones are not), who is promoted (and why), and what executives choose to focus on when speaking and communicating matters. This is a much more complex topic that deserves its own blog post so I won’t dive further into culture mapping.

The key here is to get a sense of how aware the candidate is of her current employer’s mission as well as a proxy for inherent passion about that mission. Some folks may tell you what their current employer does (the “what”) or what makes their employer unique (the “how), instead of their mission (the “why”). Take note.

Again, the key here is how much of their answer is focused on external factors – a chance to benefit customers, impact on others, etc. versus internal factors – professional growth, exposure to new technologies, need for change, etc. The percentage allocation between external drivers and internal drivers is revealing. Adjust for levels of experience as younger candidates will (should) prioritize some degree of development.

This line of questioning is likely to open up a series of follow-ups, but mercenaries tend to highlight their personal involvement in accomplishing past achievements. These accomplishments are also framed from the perspective of the company and not the customer. Mercenaries also prefer working alone. The results of their work are clearer (either good or bad). They also tend to spend less time mentoring and coaching others. It may be perceived as distracting from getting things done and impeding tangible results.