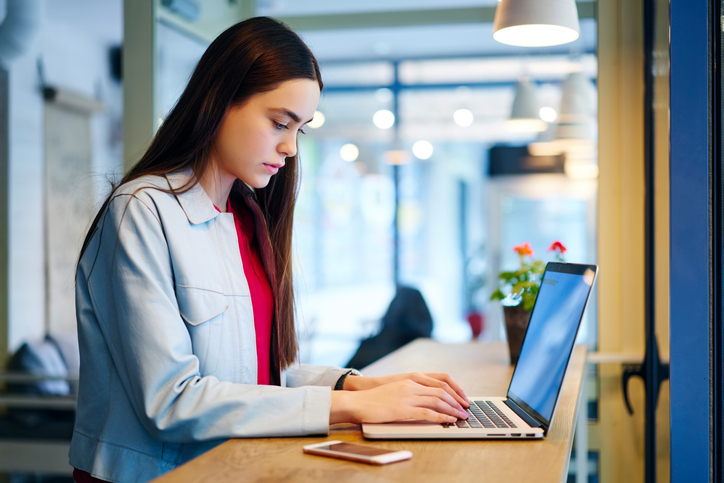 People might envision that I spend most of my time behind a computer. Typing, designing cute memes, and e-chatting with legions of Oaklanders.

First of all, I don’t make memes professionally. Second, the reality is that my job is more grounded in listening to others, managing a team, and prioritizing the strategy and direction of our digital products. I realized about a week into my job that my position was going to be less about creating new widgets and fancy apps and more about operational substance. In fact, the work of a ‘Digital Engagement Officer’ is definitively offline with online outcomes.

While I had an official title, ‘Digital Undertaker’ was a tongue-in-cheek reference to my early days working in the government ‘innovation’ and the civic tech space. I spent much, but not all, of my time, sunsetting digital applications. The objective of these early days was to favor civic pragmatism instead of innovative fluff.

Which leads to my confession: I’m over government “innovation.”

Not because innovation isn’t conceptually important, but because of the term carries a sense of ownership relegated to a chosen few in any given organization.

Governments have in-house expertise that it often ignores.

Not that we don’t need creative thinking or massive change. This injection of ‘innovation’ into a conversation infers that great ideas hadn’t previously existed. That bureaucrats, in all of their suited wonder, lacked savvy and bright ideas. It infers that an organization hired the wrong people, but that the promise of new wünderkinds could help save governments.

However, I’m here to tell you that creative thought isn’t a rarity in government. In fact, the brilliant ideas of committed staff often go unnoticed but are more likely to work when implemented. Yes, we do need people with some new technical skills — developers, researchers, and data scientists. However, the success of modern approaches relies on long-standing expertise. So, in sum, what bureaucrats lack more than creativity is empowerment. Empowerment doled out by senior leaders, managers, politicians, and the public.

People in your organization need the ability to let go.

Japanese tidy expert Mari Kondo said: “When we really delve into the reasons for why we can’t let something go, there are only two: an attachment to the past or a fear for the future.”

In late 2015, we started working on a project to build a design lab in City Hall with volunteers from the Open Architecture Collaborative. The goal was to make a space where we could bring people together to inform the City’s desire to improve its services. My colleagues and I started the process of cleaning out and archiving 30–40 years’ worth of old brochures, photos, cubicles, and broken furniture. Much of it was junk. Every paper, pencil, and old computer screen was carefully scrutinized for its utility.

Simultaneously, we were working on overhauling the City’s website. Every piece of content and service on our website was itemized and cataloged in preparation for a digital archive. As these projects both simultaneously grew, the common learning in both the physical and virtual innovation spaces that we were building was the need to let go. Whether its a pack of old stationery or an antiquated policy, you cannot innovate without letting go of what doesn’t serve your organization.

Focus on a few small outcomes.

Early on, I realized that to make meaningful change, we needed to focus. This often meant saying no more than yes and turning off high-profile tools and projects that yielded valuable lessons, but little results.

When I began working for the City of Oakland, I was responsible for prototyping and the continual product development of at least seven different platforms, which were ostensibly full-fledged programs in their own right. Of course, we had no staff and little money — a classic Oakland story. Before I had arrived, the City had just launched a slew of other applications and was managing a megalithic website. Early on, I felt like I was on an episode of digital hoarders — overwhelmed with information and apps that might resemble what Apple might have if it had a digital salvage yard. Some good stuff, some new, but much lost without priority, organization, or plans for sustainability.

Like many civic ‘innovations,’ our new toys fell short of being tools and quickly lost their shiny luster. These early experiences caused me to question the outputs of these modern artifacts.

There were many times when I wanted to say yes to something flashy, partner with a big name, and produce a headlining article. Instead, as an old friend once told me, a ‘yes’ to one thing is a ‘no’ to something else. Ultimately, digital undertaking is about burying some projects to give life to others.

In my next article, I’ll explore the essential metrics of digital success that governments should collectively strive to accomplish.

In interim, let me know if you have any thoughts in the comments.

Mai-Ling Garcia is a GovLoop Featured Contributor. She strives to make the government simple and easy to use. She developed and executes digital strategy and service delivery for the City of Oakland as the City’s Digital Engagement Officer. She works to bridge the gap between rapidly evolving technologies and their use to benefit the Oakland community. She founded the City’s first Digital Services team focused on improving the public experience of government for Oaklanders, including Oaklandca.gov. You can read her posts here.

It’s a Beautiful Day in the Neighborhood

The Promise of Online Dispute Resolution