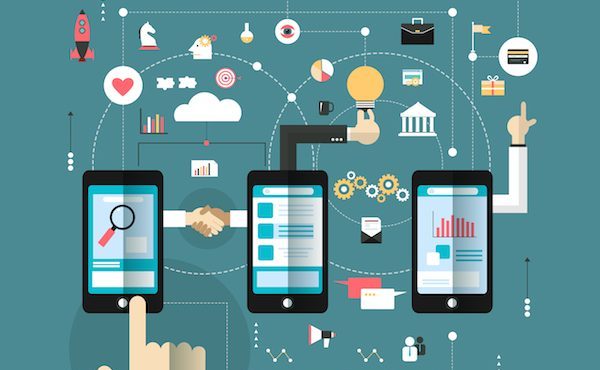 Most of an organization’s collective wisdom is locked in people’s heads, and not written down for others to search for and use. So, how do you increase the ability of people to know the expertise of their professional colleagues and share it with each other within a large organization?

The long hallways of the State Department’s headquarters building in Foggy Bottom are called “corridors.”  Over the decades, that is where people from different offices and bureaus ran into each other, informally got business done, and shared tips for being successful at different foreign posts.  And that’s where reputations were made, and unmade.

But the State Department’s 15,000 foreign service officers – and 55,000 other State employees – are spread across 265 missions around the globe.  Not everyone can roam the corridors . . . until 2010, when State piloted the use of an electronic professional networking platform with tools akin to Facebook, Wikipedia, and WordPress.  This internal social media platform was — not coincidentally — named Corridor.  As of 2014, the platform hosted more than 17,000 members and more than 800 professional and personal user groups.

This didn’t happen overnight.  In fact, most intranet social platforms fail.  In a new report for the IBM Center, social media researcher Dr. Ines Mergel, Syracuse University, explores the development and use of social intranets in government via a series of case studies and offers insights on how to succeed in managing and sharing knowledge internally via web-based social platforms.

The Case of State Department’s Corridor.  Piloted in 2010 and formally launched in May 2011, Corridor was among the federal government’s pioneering efforts to adopt private sector professional networking tools in a large organization. According to one project staffer “The real key was to increase the ability for people to find each other” no matter where they were in the organization or the world.  “The core function was to build a robust kind of a LinkedIn-type profile, so that people would have a sense of what you could do, not just what was explicit in your job description.”

The platform evolved over time and now offers a range of features:  a wiki, for collaborative editing of text; a social network with blog-based communities; a news aggregator to provide topical information in one place; and a cross-departmental search engine connecting various internal databases and websites.

The real challenge wasn’t the technology; it was providing content and connections of value to busy people.  The key was getting top-level people, such as ambassadors and deputy assistant secretaries, to use it, in order to encourage others to join and use, as well.  This included training and incentives, and introducing its usefulness in the orientations of new employees.

Its value to date?  According to Mergel: “Corridor is often used as a ‘workaround’ for tasks that are too bureaucratic or obsolete to add value.”  By sharing their workarounds, “people were able to do their job better with less friction and devote more time to the task at hand, not doing the kind of things that were frustrating.”

Spacebook started as a small initiative in NASA’s Goddard Space Center in 2009. It involved the redesign of the existing intranet, adding some social features, such as user profiles, single sign-on, and a Craigslist-like equipment exchange sharing forum.  There was also an expert locater system and other social features, but with the loss of its top-level champion, the system languished and never really took off.

In the case of the Intelligence Community, the need to “connect the dots” after the 9/11 terror attacks created an urgency to work across organizational boundaries.  As a result, the 16 agencies in the Intelligence Community started to use Web 2.0 tools on a common intranet, adapting private sector social networking tools such as microblogging (similar to Twitter), profile pages (similar to Facebook), and wikis (similar to Wikipedia).  Collectively, these tools are part of the i-Space social intranet.  Leadership recognized the power of collaboration using these tools, so it created incentives and rewards for not only contributing to it, but also for using it to “connect the dots.” One analyst remarked: “[It] really allowed the connection of the who with the what and the what with the who. . . . It’s an engine for interweaving our community in a way that was not possible before.”

In the last case study, the Government of Canada started in 2008 to create a Web 2.0 ecosystem of social media tools for use both externally and internally.  Dubbed GCConnex, according to Mergel: “. . .the GC2.0 Tools are the only existing option for online collaboration between all federal organizations inside the secure government of Canada firewall and are available in both French and English.”  This includes a wiki-based collaborative workspace and knowledge sharing platform, and a professional networking platform.  It has over 80,000 registered users – growing by more than 2,000 a month — and more than 10,800 blogs.

With top governmental leadership support, there are full-time engagement officers to work with employees to get started, and 250 grassroots ambassadors around the government who volunteer to help their colleagues use the tools and encourage their use.  The biggest user group – 6,000 employees – are collectively involved in a governmentwide reform effort called Blueprint 2020.

Active leadership participation is essential.  Top agency leadership can’t just approve of a social intranet initiative, they have to “be active and observable” in using it so others in the organization see that their leaders see it is of value to them, as well.  Having a visible agency champion is important, as well.  For example, when Richard Boly was at the State Department, he was a visible champion for this approach.

Several technical considerations are key.  Mergel says three technology-related design actions are needed to be successful.  First is to “Practice radical transparency and openness during the design and implementation phases of the social intranet.” This means getting legal staff, public affairs, HR staff, and other potential stakeholders involved up front. Second is to recognize that “knowledge is not necessarily only created by authoritative sources or organizational roles responsible for providing formal knowledge products.”  Allow informal knowledge creation to occur at all levels of the organization via comments, opinions, and blogs. And third, allow access to both external and internal knowledge sources (assuming the organization has in place appropriate cybersecurity safeguards).  Opening the boundaries for search and discovery can enhance productivity, notes Mergel.

Successful implementation requires a series of key management actions.  Leaders need to invest in training, education, and feedback to make a social intranet initiative effective.  There is a need for “gardening” content to ensure it is on target and of value.  Mergel notes that “most enterprise social networking platforms fail,” in large part because they are not seen as part of how employees do their work.  She says leaders need to articulate that it is “crucial to abandon siloed knowledge-sharing practices and replace them with social intranet components for sharing and retrieval.” Personal, day-to-day operating procedures and established communication styles must change.

Adopting the use of the social intranet as a new way of doing work may be a difficult shift, but it can be worth the pain. A 2012 study found that “knowledge workers’ productivity can be enhanced by 20 to 25 percent if they use social technologies to discover information.” So it is not just the “cool factor” or the Millennial workforce driving the use of social intranet – savvy government leaders can realize a big jump in productivity if they take the leap.

The challenge with sites like this one and those mentioned (and I’m a GCconnex user) is that they can become “tribal” all too easily. That is, when they invite large-scale participation, that can quickly fragment into small, highly specialized, and inward-looking groups, that can be silo-entrenching, rather than silo-busting. I know one of the comments I regularly hear from people about GCconnex is that there are SO many groups on it, that people just stop sifting through the list of groups to see what’s out there. They find a few they think they need to be in touch with and leave it there. Less straddling areas, and more standing in one place where you are already.

That’s not an insurmountable challenge, though. Certainly, there can be ways to bring people in touch with themes and interests of relevance to them. The challenge is more one of the software engine and site design, than of the medium itself. But it is still a challenge. And the de-silo-ization won’t happen or keep up unless that challenge is met.

I’m fond of the work of Von Krogh and Nonaka, and this book: http://www.amazon.ca/Enabling-Knowledge-Creation-Mystery-Innovation/product-reviews/0195126165 At least part of what facilitates de-siloization is devices to assist serendipity. But as Mergel wisely notes, it is one thing to provide the means for serendipity to be pursued, and another to feel like one has organizational “permission” to do so. To my mind, one of the regular tragedies is that senior staff, who might be best-placed to recommend checking this or that out, and whose knowledge base has tendrils everywhere, are often too preoccupied with the tasks that accompany being at their level (including the endless stream of meetings). They *could* be the ones to set the standard for making use of the resources discussed in this piece, but they need to have time carved out to do so.