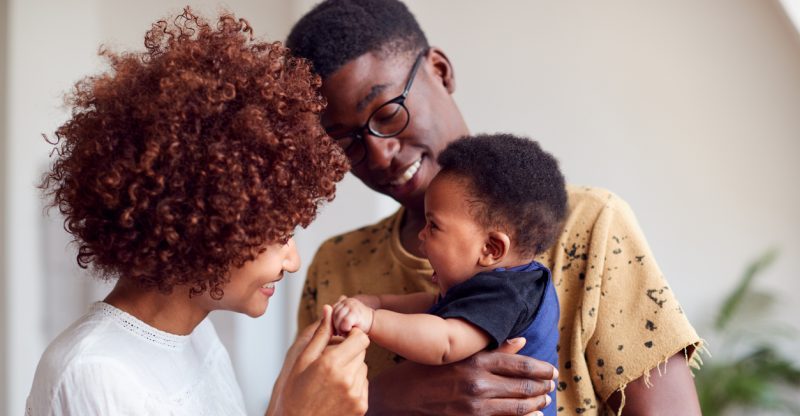 Back in December 2019, Congress passed and the president signed the National Defense Authorization Act for fiscal year 2020, which included a section enacting paid leave for federal civilian personnel. The law provides federal employees with up to 12 weeks of paid time off within 12 months after the birth, adoption, or foster placement of a child, in addition to any earned paid vacation or sick time. But, as is so often the case with government employee benefits, it’s not as simple as that summary sounds.

Here are five misconceptions about the new Federal Employee Paid Leave Act and what you really need to know.

Misconception: All federal employees are eligible for paid leave

Because of a “technical problem” in writing the law, not all federal employees will be eligible for the new paid leave. Currently, only employees covered by Title 5 of the U.S. Code on civil service will be covered, leaving out some positions and a few entire government agencies.

Those overlooked in the legislation include many employees of the Federal Aviation Administration (FAA), the Transportation Security Administration (TSA) (though screeners are covered), the Executive Office of the President and the White House, the District of Columbia Courts and Public Defender Services, as well as certain personnel at the Veterans Affairs Department and Article I judges (such as bankruptcy judges). The Washington Post reported that U.S. Public Health Service officers and certain financial regulatory agencies were also left out.

There have been several attempts to give the same paid leave to those forgotten federal employees. The most recent was the introduction of H.R. 5885, the Federal Employee Parental Leave Technical Correction Act on Feb. 13, which if passed by Congress, would grant the same benefits to employees of many other agencies. The Office of Personnel Management (OPM) has also proposed extending this paid leave “to all Federal civilian employees” in its Fiscal Year 2021 Congressional Budget Justification issued on Feb. 11. (Note: The administration submitted a joint OPM and General Services Administration budget request.)

With all these efforts in play, there’s a chance many more and perhaps all federal employees will eventually be eligible for this new paid leave.

Misconception: FEPLA gives people (or their caregiver) paid time off to deal with a medical problem

The new law does not provide any paid leave for federal employees to take time away from work to manage a personal medical issue, care for a loved one with a serious health problem, or deal with a family member’s military deployment. Those situations were covered in the original version of the law, so people were understandably confused when those benefits vanished from the final version.

Under the Family and Medical Leave Act (FMLA), many people can still take up to 12 weeks off from work to deal with those kinds of situations without losing their jobs. But that time off is entirely unpaid.

Misconception: All new parents qualify for paid leave starting in 2020

Parents only get to take paid leave under FEPLA if their child is born, adopted, or placed into their foster care on or after October 1, 2020. That’s nearly a year after FEPLA was signed into law. That means that if you’re a federal employee whose child is born at 11:59 p.m. on September 30, 2020, you will not receive any paid parental leave.

People also need to have been employed by the federal government for one year before they can qualify for paid parental leave under the new law.

Not all prospective parents should bank on getting the entire 12 paid weeks yet. The steps it will take to enact FEPLA are still being ironed out. Along the way, adjustments could be made to which kinds of parental situations get what amount of paid leave. For example, it’s only in the proposal stage at this point, but OPM is pushing to create unspecified limits on paid parental leave for temporary foster care placements of less than one year. OPM has also proposed to structure the paid leave as 12 weeks total per “given child,” which could mean that when two parents are both federal employees, they will have to split 12 weeks — not get 24 weeks combined.

Misconception: Federal employees are off the hook after taking paid leave

Federal employees who are new parents cannot take paid parental leave and then skip out on returning to work. Or, at least, if they do there will probably be pricey repercussions.

Before taking any paid parental leave, a federal employee will have to agree in writing to return to work for 12 weeks. If they don’t come back, they may have to pay back some or all of the pay and benefits they received during their time off. An exception could be made for covered reasons like a serious medical problem or other situation beyond the person’s control.

Misconception: The United States is a global leader in paid leave

Rather than being a leader, the United States ranks far behind almost every other country when it comes to paid leave, especially for leave that supports families. Only a small handful of countries do not provide some sort of parental leave — just the United States, Papua New Guinea, Suriname, and a few small island nations in the Pacific.

The United States is the only member country in the Organisation for Economic Co-operation and Development (OECD), an international policy reform cooperation organization, that does not mandate some paid parental leave. The United States also is at the very bottom of a 2019 Unicef list of family-friendly countries in part because of the lack of any national paid maternity, paternity and parental leave.

Family, childcare and health advocates hope that this positive progress for federal employees will soon inspire national policies for equitable paid leave benefits for all workers in the United States.

What questions do you have about the new Federal Employee Paid Leave Act? Let us know in a comment.

Love your debunking misconceptions posts, thanks for another great one!

Great article Lauren! I have a couple of questions.
1. Are there time limits to invoking FEPLA (I.e. up to 6 months after birth)?
2. Is FEPLA given to Federal employees with no strings attached, such as being tied to SS benefits?