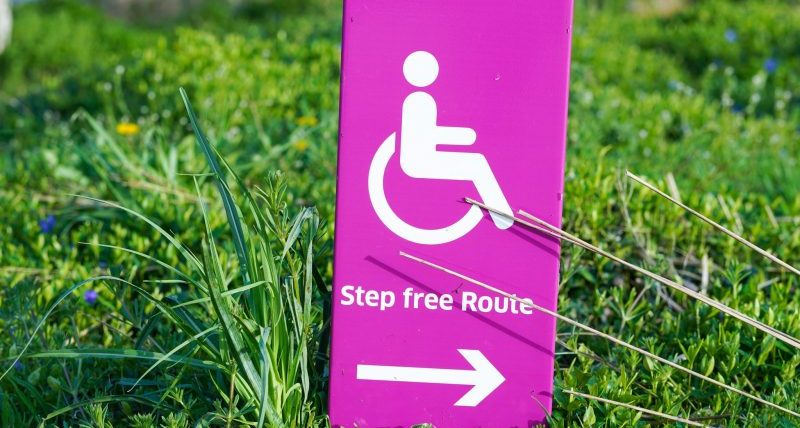 I’ve been working in community engagement for nearly a decade. Launching our city’s service request app would expose an area of my career (and my life) that showed me how much more I had to learn.

I thought implementing an app was about technology – I never thought I’d be learning about accessibility, inclusiveness, and my own biases.

I was responsible for launching a new service request tool (website/mobile app) for our community. The city’s old app was about 10 years old, and we were starting over from scratch with a new vendor. I’d been working with city departments to make sure that their business needs would be met, but I had a feeling that we needed to engage the community to see how these services would work for them.

We have a local organization that advocates for people with disabilities, and I called the main line. I explained that I worked for the city and would like to talk to any community members who could help me test how the new app would serve them. After a few minutes of the people on the other end of the line trying to figure out what to do with me, they connected me with one of their staff who could convene such a group.

Why users with disabilities?

I decided to reach out to this organization for a few reasons. A previous supervisor of mine had arranged training in disabilities awareness with this organization, and it had been impactful. At one point, the trainer mentioned a long list of potential disabilities, and I had been surprised to see myself in a few of the categories. I had never thought of myself in this way. When I recognized myself in some of the descriptions of potential disabilities, something in me opened up and allowed more empathy for others. I’m a bit ashamed that I had to recognize myself in these categories to start thinking about accessibility and inclusion, but that’s where my growth started.

Additionally, I was inspired to seek input from this community as a result of following the work of the Chicago’s Civic User Testing Group. For years, I’d watched the work of this group, valuing the input of community users and actually paying them for their input on the design of city services. I admired this group and committed that when I had the opportunity to stand up services for our community, I would follow their lead.

Finally, I cemented my decision to reach out after hearing a podcast from 99 Percent Invisible about “The Curb Cut Effect.” If you’re not familiar with this concept yet, it’s the idea that designing to serve people with special needs ends up benefiting everyone, often in unexpected ways. The podcast was compelling, and I highly recommend it.

Bringing users together to represent their needs

On the day of the user testing session, I walked seven blocks from the City administration building to the advocacy agency. Entering the building, I became aware of some of the accommodations that I didn’t always notice in my life. From the “fragrance-free” sign on the door to the accommodations for service animals, to the surfaces used on the floors to allow wheels to travel more easily, everything was designed to make it easier for all visitors to feel like this was a place for them. Some of these accommodations were not familiar to me, so I learned a lot just from physically being in a place designed to be more welcoming to everyone.

When we had the meeting, this user group included several people with a variety of visual disabilities, from total blindness to more mild challenges. I was anxious that I would do or say something wrong, but the group was friendly and helpful. We laughed, we shared concerns, and I learned a lot about how our local government was serving (and sometimes failing) them. I developed more empathy for this sub-section of my community.

On the way back to my office, I remember noticing several aspects of the community that I hadn’t paid attention to before. I noticed the timing of the pedestrian crossing lights, the overgrown tree branches that would impede someone on the sidewalk, the poor access to certain buildings. I had names and faces of people who would be inconvenienced by these obstructions.

It’s easy to lead a project from your own experience, thinking that the rest of the world is roughly similar to you. It’s natural– we often fall into the bias of our own lived experiences. But when the success of your project depends on people using it, your best move is to make sure that your whole community can use the service that you’re building.

Considerations for engaging your community

While I’m certainly no expert in accessibility, I did learn lessons from this experience that are helping me be more inclusive in designing services going forward:

I’ve still got a long way to go in my effort to include everyone. As a representative of city government, it’s a big part of my job to make sure that our services work for all members of our community. And looking back at this experience I know that I  learned, I grew and I became a better person. I was uncomfortable and sometimes incorrect, but I look back on this experience with pride, knowing that our service to our community, and my personal journey, are improved by seeking out people who have different experiences and abilities.

Jay Anderson is responsible for digital engagement and public processes at the city of Colorado Springs. Jay holds an MPA from the School of Public Affairs at the University of Colorado – Colorado Springs, where he also serves as the Chair of the Dean’s Community Advisory Board. Jay focuses on the point of engagement between the community and its institutions, creating programs that give a voice to people who want to have an impact on their government.

Why You Need to Track Your Time in an Intentional Career