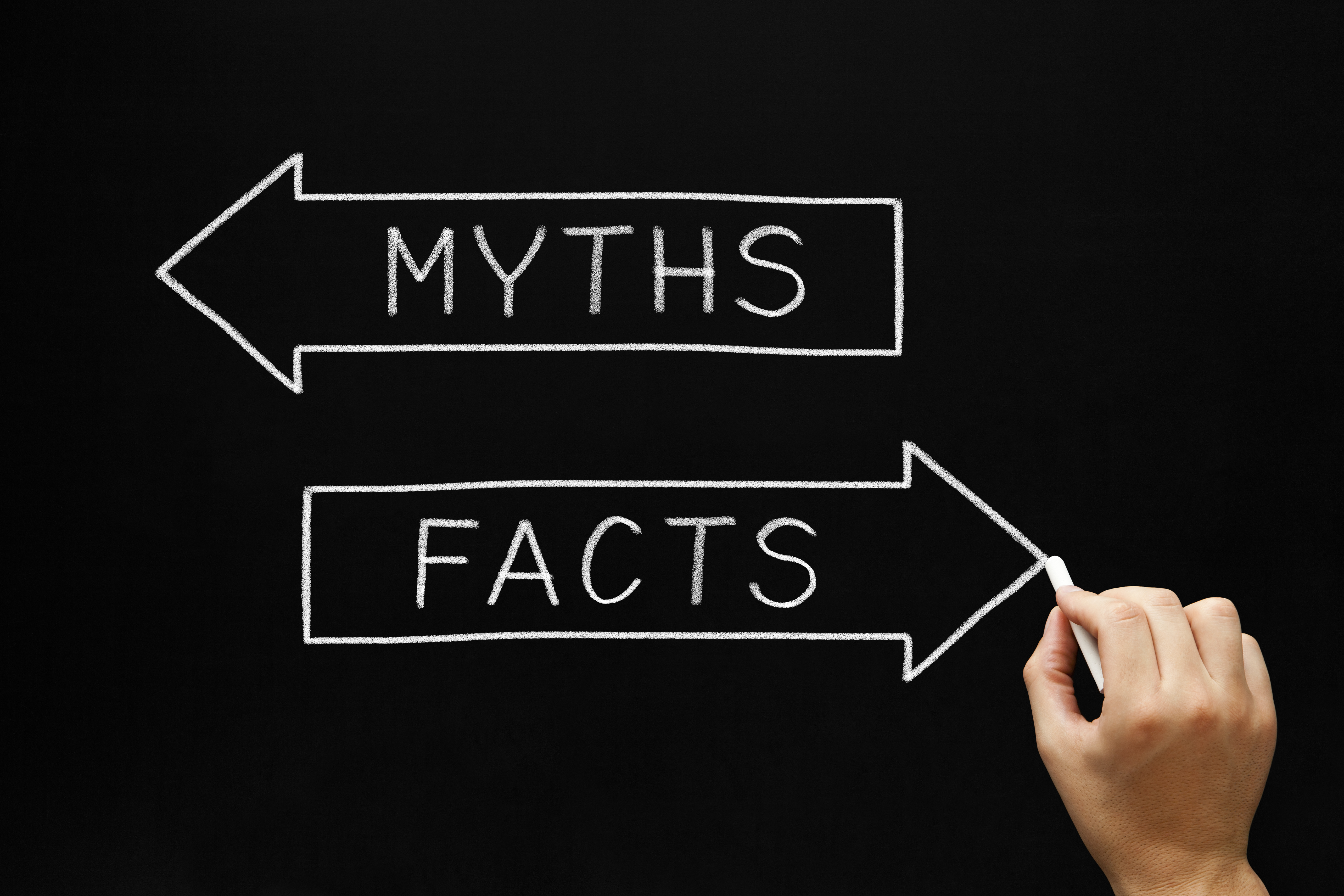 How many government employees does it take to screw in a light bulb?

We know the answer, don’t we, fellow govies? Let’s face it – government employees have been the butt of jokes since, well, the dawn of governments and butt jokes. I bet there is a hieroglyphic somewhere depicting a department of wheeled vehicles line that stretches out of the Temple of Zeus with a “gone to lunch” sign.

Jokes are fine. Part of our undocumented job description is “tough skin.” If you have read any of my previous posts, you know I love jokes! However, the greater the influence of government-styled stereotypes depicted on the trillions of extremely addictive liquid crystal displays have on subsequent generations, the more difficult our actual jobs become. As a communicator for a local government, a considerable challenge we face daily is to obtain then maintain public trust. While I would work for Amy Poehler’s Leslie Knope in a heartbeat, I have never met the likes of her, or anyone else in Parks & Rec, in my eleven-year career in a government office. Last time I checked our staff directory (and my brain), no fictional characters had been hired.

The lines between reality, reality TV and fictional sitcoms, dramas or movies are now so pixelated that many believe DNA results take no longer to produce than the hour it takes to watch CSI or Law & Order. Or that DMV workers are trained by Zootopia sloths. The real reality (and, no, I cannot believe I just wrote that) is that it often still takes less time to produce a full season than to receive results back for a local police department investigation. And organizations like GovLoop, GovTech, and Alliance for Innovation successfully discover and implement efficiency advancements for both the employee and the end user at all levels of government service.

Similar lines are blurred with the “if it bleeds it leads” philosophy prevalent in news cycles. The number of stories centered around corrupt government agencies and employees far outweigh ones showing every day employees answering hundreds of calls without a single curse word, purchasing departments working diligently to save taxpayer dollars or streets crews stopping to help a stranded motorist. On top of all of that – add the wild, wild west reign in social media?!

This is a battle fought on more front lines than can be summed up by even the best metaphorical wordsmith. #Notgonnadoit

How do we combat something so far out of the realm of our control? As much as I wish I had the consummate answer, I am reminded of a speech by National Education Association’s Lily Eskelsen Garcia from 2015. There is no “single thing” to fix it and those who believe the stereotype are not the enemy.

I am the government employee. It’s up to me to inform our constituents that one govie can, in fact, screw in a light bulb in a timely fashion at a fair price to provide the light requested. It’s a long and winding road, but it is the right one.

My best tool is authentic communication. What’s yours? How do you defy the stereotype and push back against the misconceptions about government employees? Leave comments below and let’s get a conversation going!

In-the-moment-footnote: Co-govie Dana Sims suggested a “Happiness Challenge” that exemplifies the “start with me” attitude. I signed up – how about you?

It was one – The previous president held the bulb and the world revolved around him.
It is now also one – The sitting president gives off a hyuuuuge light of his own.
🙂

Can’t believe you spent 7 paragraphs blasting government and pushing stereotypes, and then over two sentences said communication is the way ahead. Pathetic and disappointing article; unfortunately.

Sorry to hear you didn’t like it. I agree – I can get wordy. This post was intended to start a conversation around a topic that is difficult to disentangle when working in the center of it as well as a bit of humor. Are there things you do to combat against the stereotype?

How do we combat something so far out of the realm of our control?

I think you provide the right, AND, best answer in the next two paragraphs.

The INDIVIDUAL employee IS the answer – in there performance with each other and the citizen customer, holding other govt employees accountable, AND assertive (authentic) communication with those who cross the line between a good joke and inferences of competency. (The caveat is know the relationship you have with the individual as well as the situation)

“You government employees are always dragging your feet and take forever to accomplish anything.”

“Interesting. Why would you say that to me?”

Hold them accountable for their comments. And be prepared to present your side.

Accountability for actions – on both sides of the coin – may not be the easiest way to move the needle, but I agree it’s the right direction! 🙂

In my experience, to the degree that the reputation of government is deserved, the blame lies primarily at the feet of the non-civil servant, political hack appointees who make and defend nonsensical policies and implement practices without listening to the experience-based input of the rank and file civic servant, most of whom are actually interested in doing a good job and serving their “customers” as best they can.

That is a great point!

Awesome article Kathleen! I truly believe communication is the key!

Thanks! We all communicate in different ways and digital text is difficult to discern sincerity, but it is possible.

Great advice. Thanks for sharing. And, I appreciate the light bulb joke too.
I like to just be myself, and let my actions speak for themselves. And, of course, model the behavior that I expect from others.

Modeling behavior is key, isn’t it? I once had a friend tell me that we teach people how to treat us. If I am respectful to those I interact with on a regular (or irregular) basis, then I will in turn receive respect. Makes sense. A sense of humor helps, too. 🙂

We talk to hundreds of government employees everyday who are breaking the stereotype. The Govtech Fund has raised millions of dollars to allow companies to help innovate the public sector. Like my grandpa used to say, “Times are a changing” and this will lead to a different perception of government employees.

SmartProcure is on a mission to help with this note from the article: “purchasing departments working diligently to save taxpayer dollars”. Yelm School District in Washington saved $44K on a single purchase for 800 chromebooks. I’d to give a virtual applause to Bonnie Gerber for going the extra mile to compare pricing with other schools in the nation before making her buying decision.

I spoke from experience – our purchasing department also goes the extra mile!

I provide good customer service. I don’t give the run-around. I tell someone, if where I refer you to is not the right place, or you don’t get satisfaction, please call me back. I give my personal line phone number. Often they are amazed.

Kudos to you for taking this approach, Deb! I know exactly what you mean about the amazement – I had that experience when I inherited an old phone number that had been reassigned to a different division. Evidently, a few callers found it in old paper directories that were still around.

I agree – I answer questions personally and if I don’t know the answer, I say so then go about the business of finding out.

Try not to be part of the “perceived” problem. Answer calls-all of them; answer emails – all of them. Don’t be afraid to sign things – this shows accountability. Build trust by trying your best! And don’t give in to the stereotype.

Absolutely! Every day I have a goal to provide the best service I can in whatever form it is needed. I, also, try to smile about it. 🙂

The problem with all this is that it trashes the rest of us, including some who have embodied excellence their entire lives and others who have made huge sacrifices for their country. I decided a long time ago that the only way to answer this was to work to be the best I could be and to always keep the people we served in my mind’s eye, whether or not I was on the front line of a public-facing service.

That has had two benefits. Personally, it has pushed me to stay in continuous learning mode, which enables me to cultivate greater understanding, keep honing signature skills, and take advantage of emerging opportunities. Professionally, it has challenged me to approach every public stakeholder with respect and goodwill.

I, too, am a lifelong learner. I challenge myself to learn skills either directly related or not to my job. It helps keep my mind open. Thanks!

This is a fantastic post. It’s not until we stand in the shoes of a govie that you realize just how hard they try and how much they care. I know I had the same stereotypes in my head before I joined the government. The challenge is, I think, the damage these stereotypes will have future, high performing candidates choosing to serve in a vilified workforce.

Also, thanks for mentioning Fedability’s Happiness Challenge! The activities help us not only be happier but extend our professional network and strengthen relationships across boundaries of teams and branches and divisions…and maybe even agencies.

Thank you for posting about the happiness challenge! I shared it with some coworkers and we’re already smiling more! 🙂

We cannot use social media to push back online much, atleast not officially. But in general, I work to defend to efforts of average coworkers, coming to work day in and day out, to WORK HARD for people. I cannot speak for other groups, only what I live and experience. This is not some overpaid party, work when you want to gig. The work I do has immediate impact on people’s benefits: I must pay attention, or recipients of services suffer if I make a mistake. We should strive to do our jobs in such a way that we would want the job done if it were OUR BENEFITS at stake. It is a RESPECT thing. These people pay my salary, indirectly, and their feedback and customer service still matter. Do your best for people and the rest will probably take care of itself.

Pamala – #Respect – Agree with you 150%. I live in the same city I work for, so it always on my mind that my salary is paid by my neighbors, friends, etc. I do my best for them as well as myself. Thanks for commenting! Have a great weekend!