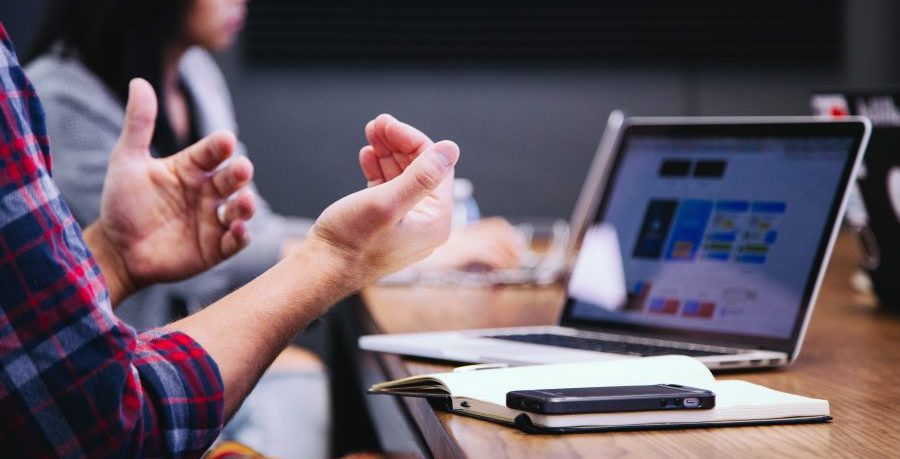 I’m kidding, you might be able to, but it takes some effort.

People venture in and out of toxic cultures, many times without realizing. By “toxic,” I hope you realize I am not talking about polluted water or something similar (important as that is), but rather a toxic workplace, an organization, or even friendship.

If you have worked in government for any amount of time, I bet you have encountered at least one team that may be considered an example of a toxic culture.

Before I get too deep into this topic, I want to take the chance to acknowledge the sheer privilege involved in being able to analyze and observe a toxic culture. It’s a privilege to have a job, to have a salary and benefits. However, there is also benefit to recognizing negative patterns, addressing them, and seeing how you can thrive rather than let it destroy you mentally, emotionally, and even physically.

Many things can contribute to a toxic culture. One clear sign is gaslighting. When I discovered what this meant, I was horrified and relieved at the same time as I considered my naivete in different areas of my life. Forgive my faux pas, but I am going to quote Wikipedia since it provides one of the clearest definitions of gaslighting; it says, “Gaslighting is a form of psychological manipulation in which a person seeks to sow seeds of doubt in a targeted individual or in members of a targeted group, making them question their own memory, perception, and sanity. Using persistent denial, misdirection, contradiction, and lying, gaslighting involves attempts to destabilize the victim and delegitimize the victim’s beliefs.”

Did you read that definition, and immediately picture several scenarios in your own life? If so, it’s a pretty scary realization.

The topic of gaslighting is increasingly popular but is surprisingly new to most people. Because of that, I thought I’d help the eye-opening process by providing cinematic examples. Think The Truman Show, or for a slightly more dramatic example, think Changeling. Witnessing these characters suffer in very different scenarios can be very unsettling, but also freeing when they finally realize the truth. The same is true for ourselves; freedom comes from realizing the truth of our situations.

How do we respond?

How do we get to that place of realization? First, don’t be afraid of these situations. A fear of mine has been walking into toxic cultures unawares, as if I must suffer whatever comes my way. The reality is that you probably will encounter toxic places and people, however, it is not beyond your control. When you begin to sense toxic symptoms, take a step back to assess. Look at the signs, don’t ignore the flags that arise. After your assessment, you can decide if you can address it, or if it’s time to move on.

Now that we realize the culture or environment around us is toxic, here are three ways we can still thrive rather than let it defeat you.

You are responsible for your own growth and development. Picture three ways of growth: first, look for someone further along than you that you can glean from, a mentor of sorts; second, actively seek peer mentorship, iron sharpens iron; and lastly, look for people you can invest in. The best way to learn is to teach, and this model is a great way to grow but also to positively influence the environment around you.

Is there something that you excel at? Focus in and develop those strengths. Look for and ask to be involved in areas that you want to grow in and in areas that you can contribute something of value. Not only will this be a positive influence battling the toxicity around you, but if you are growing and learning, that is time well-spent.

Most importantly, to me at least, has been to find and establish good community. Find the people around you that are honest, trustworthy, that value others, the ones that care about doing their jobs well, and grab some food with them. Having people at work you can rely on will get you through the toughest of times. Having a boss or leadership that believes in you can make you feel invincible in toxic environments. I can personally attest to this. We cannot always control who our boss is, but we can work to establish healthy networks of supportive friends at all levels.

So, don’t be afraid to try new things. Take control over your environment where you can; recognize toxic environments; make decisions; try out the three options above. At the end of the day, if a situation is not working for you no matter how hard you try, it’s okay to leave. Let it go (in honor of the Frozen sequel).

James Abyad is a GovLoop Featured Contributor. He lives in Alexandria, VA, and loves people, food, music, geography, languages, and Tolkien. His full-time job is just another basic federal employee, specifically a contracting officer, while fully enjoying the Washington, D.C., region. After studying International Relations and Arabic at American University, he aspired to work in diplomacy or a related non-profit; yet, like most millennials, he is trying to pay his student loans off first. So, in the meantime, you can find him investing time in family, friends, community, church, spin, and eating. You can read his posts here.

Count me in as someone who did not know what gaslighting meant. Thanks for the post, James!

I’m so glad it shed some light on the topic. It’s a scary reality!

Planning Your Year, Part 1: How to Plan a Productive Day