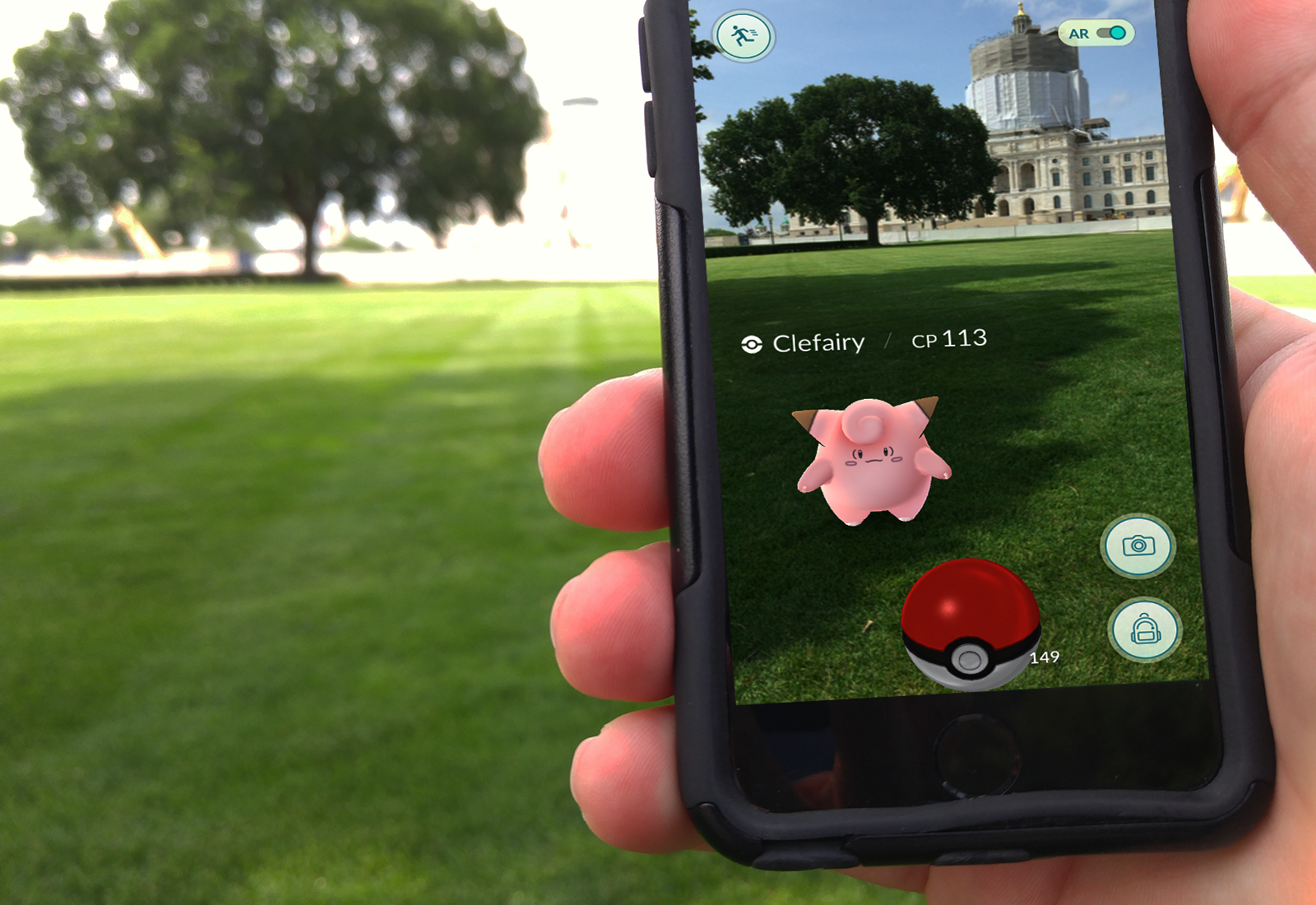 Last week, Nintendo released Pokémon Go, a new augmented-reality mobile game that is quickly becoming a phenomenon with people of all stripes. Perhaps you’ve noticed kids and adults alike who are now exploring their neighborhoods and going to great lengths just to catch virtual monsters. Because location data and real-world movement are at the heart of the game, it is already generating countless fascinating stories about unique player interactions and a changing landscape for homeowners, businesses, and more. But should the game have some staying power, what might it mean for those of us who work in government?

Let’s take a look at just a few ways Pokémon Go could have an impact on our work in the government arena.

Local Community and Sense of Place: Where We Live, Work, and Play

As previously noted, real-world location data is what makes Pokémon Go tick. Landmarks and points of interest are the order of the day. And in government we have a lot of those. Perhaps you heard about the majestic, patriotic bird defending the White House. Here in Minnesota, our state capitol building is now a Pokémon Go gym too, and most of our capitol ground’s 20 plus monuments and memorials feature items and goodies for Pokémon Go players to scoop up.

For these high-profile locales, the connections are apparent: government agencies could leverage Pokémon Go as a way to attract visitors or create fun, augmented educational experiences about our history and our work. The National Park Service is already doing it. But even lesser-known points of interest are destinations in Pokémon Go. Everything from small town water towers to historical markers and scenic waysides.

At first glance, it may seem silly, but I believe Pokémon Go’s momentum can strengthen local communities, bringing people together in public spaces and creating an increased interest and pride and in the places where we live, work, and play. For local governments, that strikes right to the heart of the matter.

A Boost for Health, Wellness (and Sustainability)

Here’s a government-flavored theory that was making the rounds on the internet shortly after the launch of Pokémon Go: First Lady Michelle Obama came up with the whole thing as a way to get America’s kids moving more.

Crazy as that theory may be, the results don’t lie. Here’s a Facebook post from a friend of mine from over the weekend:

“Anyone heard of Pokémon Go? My 11 [year-old] is obsessed. We are all three now WALKING to Target for dish soap.”

Take a moment to note the emphasis and that an 11-year-old asked to walk to Target with his parents to buy dish soap.

Stories like this one abound. If, like the first lady, childhood obesity is a policy area you work in, take a moment to acquaint yourself with the power Pokémon Go could have to help. Similarly, if you work in public health, keep in mind how games and apps like this could be an important, emerging tool in your toolbox. Some of the early adopters of the game are already starting to realize both the physical and mental health benefits that can come from a daily walk around the neighborhood.

And even if your government beat isn’t public health, consider the secondary environmental benefits of that additional walking. Pokémon Go is a game best experienced on foot at street level; as such, it could encourage people to cut down on needless automobile trips and reduce their personal carbon footprint.

A Path to Incentivizing Public Engagement with Government

Perhaps you remember the iconic tagline from the early days of the Pokémon craze: “Gotta catch ‘em all!” True to the tagline, what drives most Pokémon players is hunting down and finding rare and powerful Pokémon. Just like any good scavenger or easter egg hunt, you’ve got to be in the right place at the right time, and you need a little bit of luck too. That’s the magic in the Pokémon formula. That’s the secret sauce. As this relates to government and public engagement, I submit this tweet for your consideration:

Now, this again may seem like a silly idea. On a simple level, you could hold your next election, council meeting, or public forum at a Pokémon Go gym or elsewhere where plentiful goodies and rare Pokémon can be found. But consider the underlying message. On a deeper level, this tweet gets at this:

How can we design digital experiences in government that are as compelling as hunting down and catching ‘em all?

It may seem farfetched (or Farfetch’d, if you will) if not impossible, but don’t you think we could make the act of advocating for your interests, organizing with others, and getting involved in government an equally fun and dynamic thing? What is our secret formula to a 21st century method for public engagement?

Finding it will take a mastery of data, technology, gamification, and much more, but don’t overlook what this moment and a game like Pokémon Go might be revealing for us.

If you’re already in the public health arena, hopefully it has concerned you that the new crazy widens the gap for many people with physical and cognitive disabilities. How should government combat this? Yes, the game is getting people outside, but when there’s something to “catch” up a hillside, and the wheelchair-bound player can’t reach it, how does that make them feel?

Anna, please be aware that the game features are in so many accessible places that somewhere inaccessible is out of the norm and insignificant for game play. There are even many places you can park and have full game play features available right in your car for as long as you want to sit there!

Thanks for the quote 🙂

How Writing Can Make You Better at Your Job