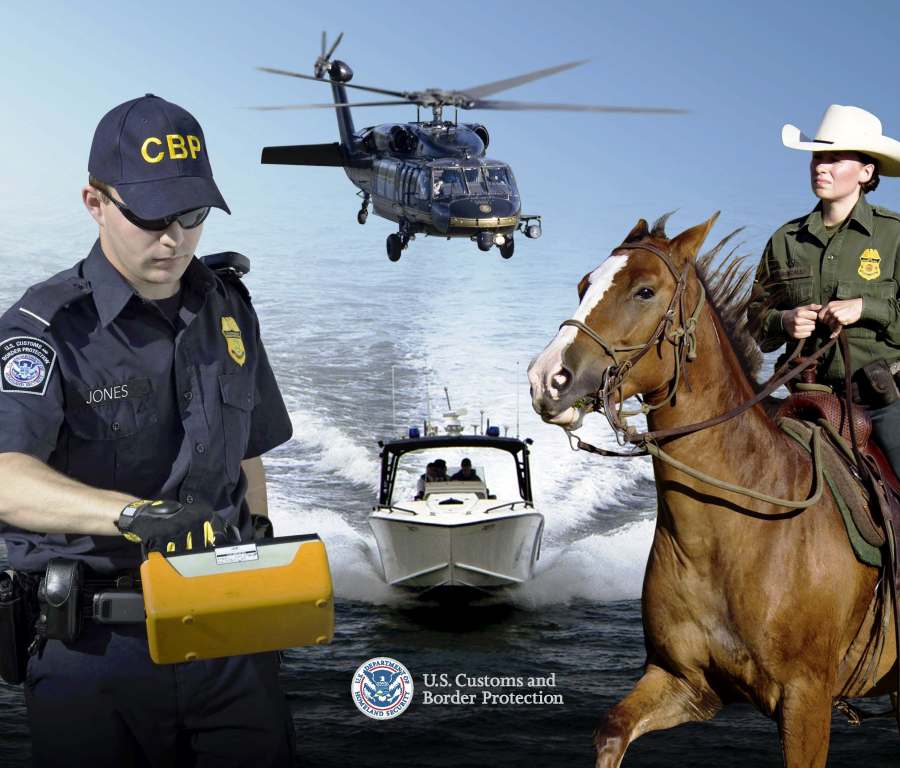 The U.S. continues to face a diverse array of traditional and asymmetric threats to its security. Seemingly isolated events can have serious consequences thousands of miles away. The US border is a nexus to a continuum of activities that impact our national security and prosperity – having a safe and secure border is critical!

But so is safeguarding our economy by enabling lawful trade and travel. This balance between law enforcement and enhancing economic competitiveness requires a comprehensive understanding of all border threats and potential consequences. The U.S. Customs and Border Protection plays a crucial role in doing just this.

On the Evolving Threat and Expanding Mission of USCBP

Though CBP was stood up on March 1, 2003 with the creation of the Department of Homeland Security, it is actually an idea that is quite a bit older. Seven times since the Woodrow Wilson administration, various blue ribbon commissions and panels identified the need to unify the agencies responsible for border security. Most recently, the Hart Rudman Commission on national security threats for the 21st century published prior to 9/11 presciently recommended a unified border security component.

Our focus continues to be preventing terrorist and terrorist weapons from entering the country while securing lawful trade and travel. Since our inception, the threats faced have become more complex. Here’s a sampling of those evolving threats:

While the demands on CBP for mission execution are complex and diverse, the principal operational requirements can be summarized within three distinct and mutually supporting themes:

On the Scale of Operations

CBP is concentrated in the continental United States, but we have a presence and all fifty states and forty countries around the world in seventy locations. With 60,000 people, CBP is the largest law enforcement agency in the U.S. having over 45,000 uniformed, armed personnel carrying out different functions. We operate a $13 billion plus budget, one of the largest budgets in the civilian federal government most of that budget going to that personnel commitment and the technology we need to carry out our multifaceted mission.

CBP has four main operational components. The Office of Field Operations oversees our personnel at ports of entry around the U.S. and at preclearance locations in six countries around the world. This office is about 28,000 strong including customs and border protection officers, agricultural specialists, and our trade specialists. We have the Office of Border Patrol that patrols the land border between ports of entry. We have CBP’s Air and Sea component housing the largest civilian air force in the world with over 200 aircraft as well as 250 boats that patrol the coastal waters and riverine environments both on the northern and southern border. There is the Office of International Trade which is also operational in the sense that it is responsible for the enforcement of trade laws and the facilitation of four trillion in trade crossing our border, both imports – over 2 trillion in imports and almost – maybe this year we’ll get close – 2 trillion in exports. This office works to ensure a safe, lawful, and secure exchange.

We have 330 official ports of entry as well as fifteen preclearance locations in six countries and a number of user fee airports and other facilities we oversee to manage the significantly high flow of people and goods. This year that flow is expected to be over 365 million in terms of border crossers. That is about 120 million international air arrivals, which is an area that is growing exponentially. Over 200 million land border crossings both at the Canadian and Mexican border, very active areas for both daily and seasonal crossing. Almost 20,000 cruise passengers a year as well as all of the cargo vessels and the crews and captains that come in on those vessels as well as pleasure boats. Over the last five years, we have been apprehending between 300,000 and 500,000 people annually crossing between our ports of entry. There are really significant numbers on a daily basis being interdicted between ports of entry.

On the Role of the U.S. CPB Deputy Commissioner

I have three essential roles. First, I am CBP’s chief operating officer. I oversee operations and carry out the guidance from the CBP commissioner and make it operational. This involves managing the planning, programming, and budgeting making sure that all of our enterprise services and mission support functions are aligned to most effectively meet CBP’s mission. The third as a senior DHS career official I have a significant responsibility in providing advice and recommendations, both policy and operational, to the DHS secretary and deputy secretary on issues related to customs and border protections.

My number one challenge is making sure we accomplish our mission while facing an ever expanding threat environment — how both terrorist adversaries and transnational criminal organizations are trying to exploit our border — coupled with an ever increasing growth in trade and travel. Challenge two involves being able to recruit, hire and retain the right kind of professionals. This has become very difficult. We have to have high trust and confidence in the types of individuals we hire. We need to find people that have very clean backgrounds to do the work we do. The third challenge is making sure we are continually transparent and accountable in everything we do.

When you’re running operations, you’re very connected with the day to day, the incidents happening on the border, responding to them and preparing for the next crisis. As CBP’s Chief Operating Officer, you need to keep operations going, but you also need to think about the future. It involves looking beyond the current challenges, the current month, the current budget cycle, and engaging in strategic foresight, which requires thinking into the future. What surprises me the most in doing this is how quickly that future comes. In 2009, we were looking at 89 million international air arrivals. We’re probably going to finish in FY16 at 120 million. When you’re annualizing over 5% growth a year, 35% in seven years, you know, the future comes quickly.

I have worked with many excellent people. I would like to highlight a few leaders who have influenced my approach and style.

Jeh Johnson on Leadership as Ownership. Recently, DHS Secretary Jeh Johnson has taught me that a real leader needs to own the toughest issues personally. There are certain things that can’t be delegated. Watching him own key DHS issues and being responsible to fully understand all of the parameters as he makes critical decisions is a tremendous leadership lesson.

Gil Kerlikowske on the Right Combination of Guidance and Trust. CBP Commissioner Kerlikowske has shown me how an effective leader provides the right amount of guidance and trust. Coming from the field operations side, I am very hands on, may be too much so. Watching him manage me and CBP’s senior executives with just the right formula of guidance coupled with freedom and trust has been really instructive for me.

These are just a few examples of what I think it takes to be an effective leader. They represent a sampling of mentors and role models that I have been very fortunate to have in government service.

On a Career in Public Service

There isn’t a more compelling mission in law enforcement than securing U.S. borders.  I don’t think there is a more interesting time to do it. Those coming into a CBP can chart their own career path. They can work in forty-five countries around the world. They can work in headquarters with cutting edge data analytics. They can work in the intelligence profession. They can ride a horse or an ATV on our border. We have such tremendous opportunity. We have one of the best law firms I think in government in our Chief Council’s Office. We have a tremendous group of people doing great work. They get to go home every day and know that they did something that matters. I think that is maybe the most compelling reason to consider CBP.  I would encourage you to look at CBP or the Department of Homeland Security more broadly. It presents great career paths and can be very rewarding in the process.

I invite you to listen and/or download my complete interview with Kevin McAleenan, deputy commissioner, U.S. Customs and Border Protection on The Business of Government Hour.