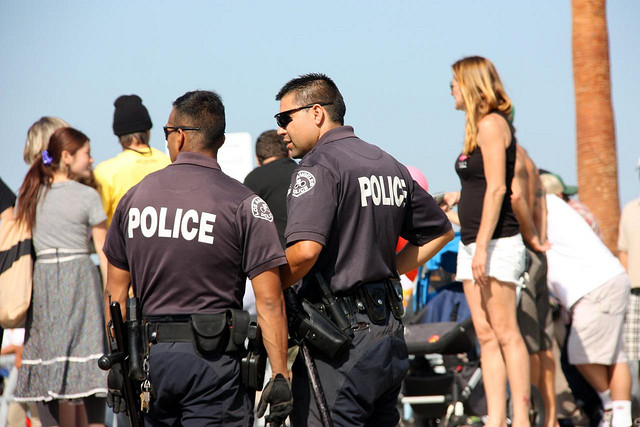 In honor of awards season, this list was supposed to be all the award-winning movies about civil servants. Turns out, Hollywood prefers the physical action and intensity of law enforcement to the slow and steady minutiae of bureaucracy. Maybe Hidden Figures will start a new trend.

In the meantime, here are five award-winning movies about local law enforcement.

“They got a murder on their hands… they don’t know what to do with it.”

Story about… Virgil Tibbs (Sidney Poitier), a black detective from Philadelphia teams up with a white cop (Rod Steiger) to solve a murder in a small, southern town.
Roots in reality: In the midst of the civil rights movement, In the Heat of the Night reflected racial tensions in the real world. It was the first time a black man ever slapped a white man back in an American film. The tense, thought-provoking performances about murder and racism in a small-town still speak today.
Did you know? After almost being killed by Ku Klux Klansmen in Mississippi, Poitier insisted the movie be filmed in the north. Except for a few outdoor scenes, the movie was filmed in Sparta, Illinois.

“There are no rules and no holds barred when Popeye cuts loose!”

Story about… Jimmy “Popeye” Doyle (Gene Hackman) and his partner, Buddy Russo, (Roy Scheider) chase a French heroin smuggler.
Roots in reality: Based on one of the biggest drug busts in U.S. history, “The French Connection“ comes from the name of the heroin drug trade from Marseilles to America. The film features cops who cracked the case and portrays the real ways drugs and money were smuggled into the county. For an authentic portrayal of New York, there are no “extras” in the film- just residents going about their day the cold, gray New York winter.
Did you know? The car chase is known as one of the greatest car chase scenes in movie history.

“Many of his fellow officers considered him the most dangerous man alive – An honest cop.”

Story about… Frank Serpico (Al Pacino), a New York cop who calls out widespread corruption in the police force.
Roots in reality… Serpico is based on the real New York cop and whistleblower, Frank Serpico. He testified during a government inquiry into police corruption in 1971, becoming the first police officer to voluntarily testify against a fellow officer.
Did you know? The real Serpico continues to speak out against police corruption and violence: “The fight for justice against corruption is never easy.”

“A lot can happen in the middle of nowhere.”

Story about… Jerry Lundegaard’s (William H. Macy) greedy crime falls apart due to his and his hired guns incompetence-  and the persistent police work of the very pregnant Chief Marge Gunderson (Frances McDormand).
Roots in reality: The crimes at the center of Fargo are loosely based on two separate real-life incidents- a man who was defrauding GM and an incident with a woodchipper.  Also, Gunderson’s slow and steady police work seems to be a pretty authentic portrayal of real life investigations.
Did you know? Fargo was the Coen brother’s first big film. 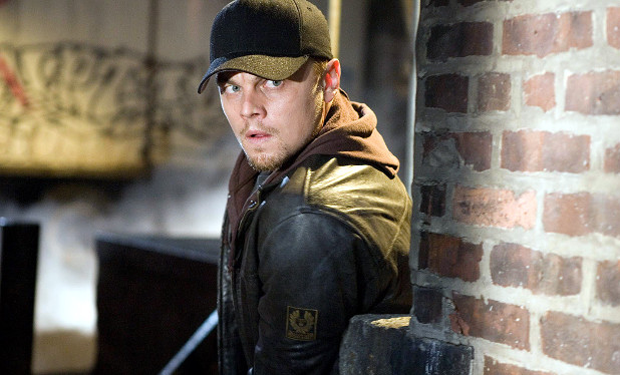 “Cops or Criminals. When you’re facing a loaded gun what’s the difference?”

Story about… Billy Costigan (Leonardo DiCaprio), an undercover cop, and Collin Sullivan (Matt Damon), and undercover gangster, try to identify each other.
Roots in reality: Irish mob boss Frank Costello (Jack Nicholson) and Sullivan are loosely based on infamous Boston gangster Whitey Bulgar and corrupt FBI agent John Connolly. Before he was captured in 2011, Bulgar was the second only to Osama bin Laden on the FBI’s Most Wanted List and had a reward for $1 million for his capture.
Did you know? The film is a remake of the 2002 Hong Kong crime film, Internal Affairs.

Love this! Well written and really interesting. Inspired to watch these movies.

This is a thought-provoking blog post. I believe that in most movies the overall view of government is negative, and on the surface many Americans think government is incompetent and/or bad. What strikes me about all five movies is that the law enforcement officers portrayed in these movies are good! I look forward to seeing more….

Smart and universal. True accounts like these are timeless. A real gut check.

Laura – GREAT post….you should definitely consider posts about other (way less glamorous) government officials on the big screen. To my knowledge, the only representation of an urban planners in film is Campbell Scott’s character in 1992’s Singles – he unsuccessfully sought to convince the Mayor to support a bullet train 🙁 ….keep up the great work