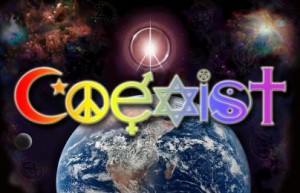 You don’t need to do anything other than look at that post’s header image and then read the comment from Mr. Regan as it is germane to this week’s post.  That blog-a-logue (it’s a word as of now, lol) can be accessed by clicking here.  There is no contention with Mr. Regan, other than exploring potentially different philosophies, and I encourage you to check out a number of his interesting posts on inclusion by clicking here.

I’m reluctant to call myself an expert in anything as it heightens levels of both accountability and criticism, but allow me to share some of my background for perspective.  My mother spent her first 5 years of life in captivity as a Polish POW in WWII, and I was the first from that side to be “made in USA.”  Baptized Roman Catholic but raised openly, I’m married to a black woman with Choctaw heritage who was raised Baptist – neither my wife nor I refer to her or our two “mixed” kids as African-American.  22 of my 25 years in government work was with the USAF where I traveled the world extensively in addition to living 12 of those 22 years in foreign counties, consecutively from 1997-2009.  Subject matter expert I don’t know, but it is safe to say “I get it” on cultural diversity.

Mr. Regan made a great point last week regarding the concept of inclusion, but where I differ is in the application of that concept.  True, the traditional “thumbs up” common to American culture is offensive in some other cultures.  Also true, “thumbs up” as well as “thumbs down” have been around for eons; a famous example being the use in deciding the fate of gladiators in the Roman Coliseum. 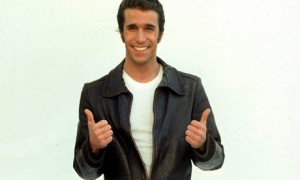 Going not quite as far back, although it does seem like eons ago, was the iconic creation of TV sitcom Happy Days and the cool character known as the “Fonz” played by Henry Winkler.  Anywhere a TV existed, kids would imitate his signature move, and not just in the US.

As of January 28, 2015 Facebook has 1.393 billion active monthly users.  That’s obviously a world-wide number as the entire US population hovers around 320 million.  Membership fluctuates of course, but that’s roughly 1,073,000,000 citizens of other countries or cultures on planet Earth who appear to be okay with “thumbs up.”

Before I get to the point I’d like to drive the conversation towards, let me be clear on what I hope we can steer clear from.  Don’t choose between Mr Regan or Mr Grugin; it’s not about thumbs up or thumbs down, that’s just an easy example of a much bigger concept to facilitate this blog-a-logue. (starting to catch, yet?)  The bigger question is: at what point, generally speaking, do we stop acquiescing?

When in Rome, do as the Romans.  Romans ate pizza, right?

To accommodate is different than to tolerate.  Chicago has deep dish pizza, New York has deli-style pizza.  When a Chicagoan visits NYC, they 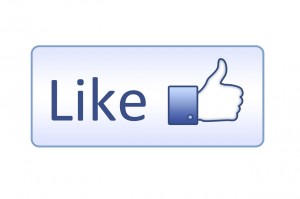 tolerate the different pizza.  If a New Yorker produces a deep dish pie for their visitor, they are accommodating.  Very loose example, but it shows one person being socially aware while staying true to their personal identity while the other person exerts effort to show they are socially aware.  Maybe an easier way to phrase this conceptual question is to frame it this way: most of us have played the role of gracious host, but everyone has their version of “house rules” too.

We’re all educating professionals here and replies should mirror our demographic.  This might be an unsolvable riddle, with as many variables as there are personalities in the world, but we should be able to learn and grow from an open blog-a-logue. (3rd times a charm?)  So come on Govies, weigh in on this debate.  When do you, either personally or professionally, draw the line or shift from tolerating to accommodating or vice-versa? 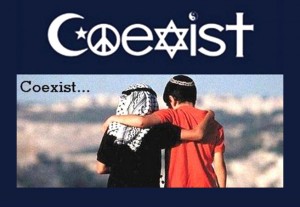